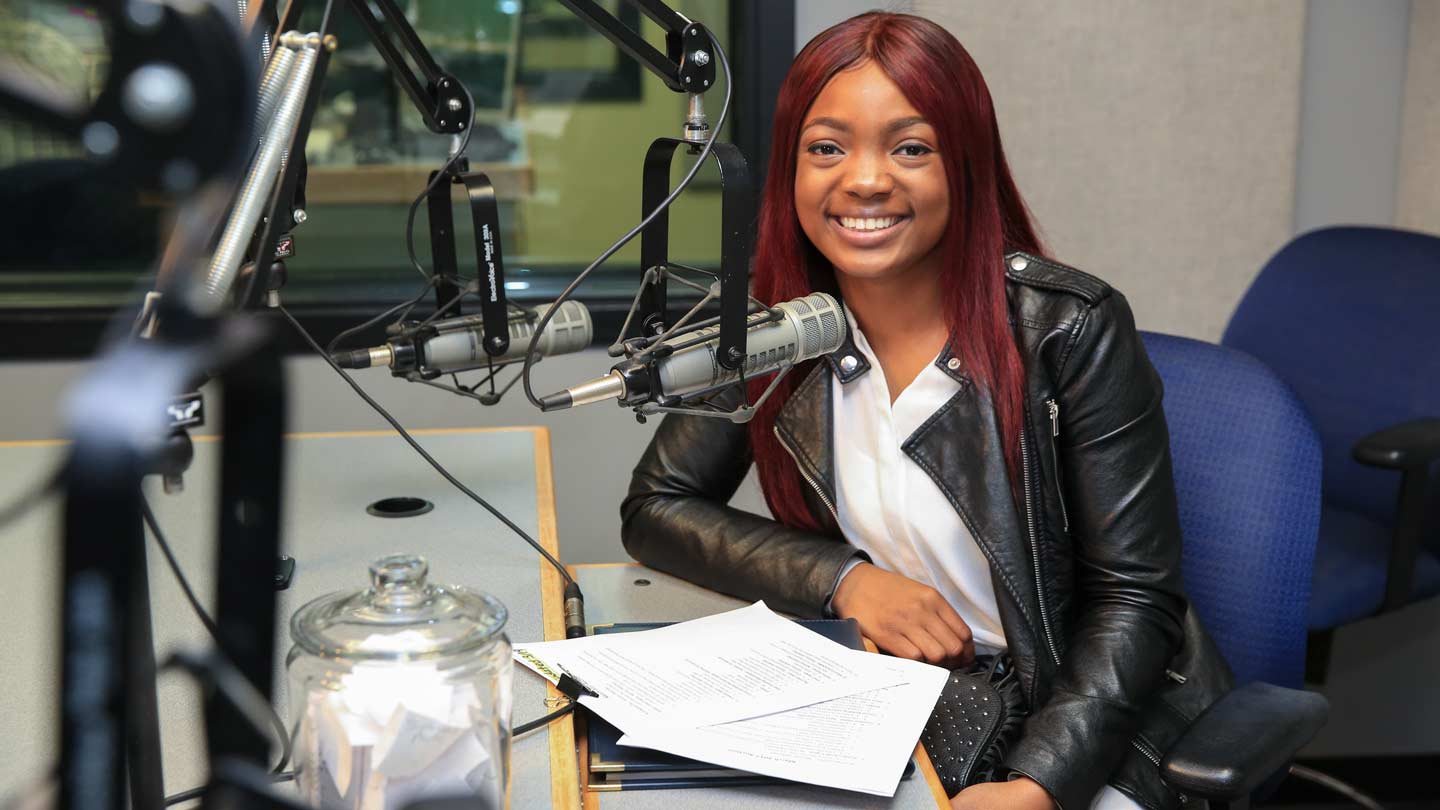 The second-annual Job Shadow Days, started by T.R.U.E. Chargers and hosted in partnership with Career Services at The University of Alabama in Huntsville (UAH), and the UAH Alumni Association, was held March 22 and 23. The event enabled more than 100 students to explore a wide variety of professional career fields, thanks to the participation of twenty regional employers.

"We know that our students are bright and talented, and thankfully, our corporate partners know this too and continue to support our endeavors," says Candace Phillips, Senior Career Counselor at UAH’s Career Services.

Jillian McMillian, a communication arts major, was one of those students who took part in the event. As a shadow at iHeartMedia, she not only participated in the discussion that aired during "Dan & Josie WDRM Mornings," but she also gained valuable insight into what a future career in the field might entail. "I spoke with an account executive, sat in on a meeting, learned how music is programmed into the system, and received valuable advice that I can take through life," she says. "I’m grateful I was able to embark on this opportunity with such a wonderful company."

Carmelita Palmer, market president of iHeartMedia in Huntsville, was just as happy to host McMillian for the day. "Our entire staff was so impressed with Jillian’s level of attention to the experience and with her enthusiasm," she says. "We always enjoy hosting UAH students on their job-shadowing days, and our employees gain from the experience as well as the students. We look forward to our next opportunity." 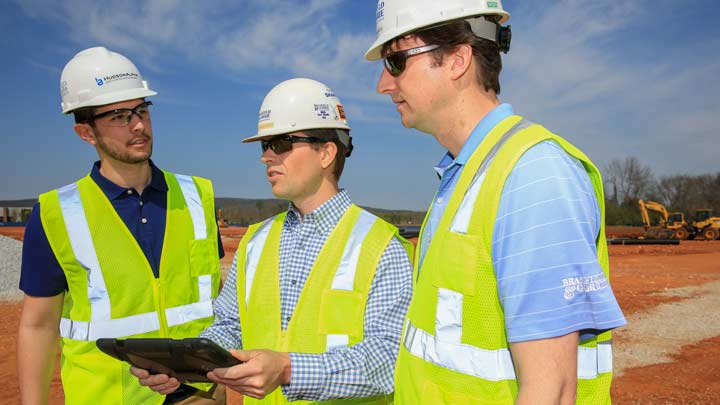 Will Urdaneta, a civil engineering major, shadowed Graham Johnson, a project manager at Brasfield & Gorrie, the construction company overseeing the development of HudsonAlpha’s new building located at 800 Hudson Way. The experience, he says, was "exceptional" given the scope of the project. "As a civil engineering student, I see a lot of design plans for buildings, roadways, and bridges," he says. "However, none that I had looked at were as complex as the ones I was shown. We explored the job site and he introduced me to the financial side of his job. It was quite impressive."

Johnson, meanwhile, welcomed the opportunity to share his professional passion with Urdaneta and to help prepare him for what to expect as he embarks on his own career as an engineer. "Exposing students to a variety of construction processes allows them to experience what they may not see in a classroom setting," says Johnson. "Connecting with students who have an interest in our industry and offering them a firsthand look into the construction side of our business is essential as we seek to build the next generation of builders."

Brittany Eaton, a political science major, appreciated the behind-the scenes look she got into the Mayor’s Office by shadowing Harrison Diamond, a business relations officer for the City of Huntsville and a graduate of UAH's master's program in public affairs. "It was a great networking tool and helped me look at Huntsville in a new way," she says. "Working in government means seeing potential improvements in everything, and the experience reassured me that my major is the right one for me and showed me that I can help make those improvements in the future." 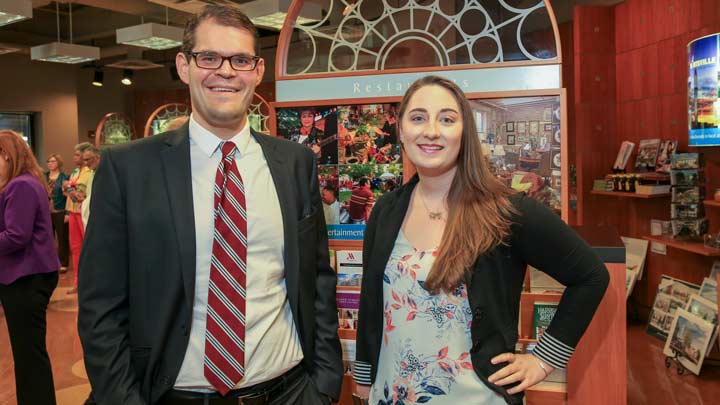 That’s why Diamond says he suggests students like Brittany take full advantage of these experiences as they arise. "I think it’s important for students to get real-world experience while they are in school, and shadowing is a great way to do that," he says, adding that they should also try to intern or co-op as much as possible. "Students often have an image of what they’d like to do, but they will never really know that’s the right career for them until they are able to check it out."

Given the success of the past two years, plans are already in place to grow UAH’s shadowing program going forward. "We hope to expand this project into a full month of opportunities ­– some only one day, others a full week ­– next spring," says Phillips, adding that registration for the March 2018 event will open for employers in August and will conclude in November.

Participating employers for the 2017 event included: