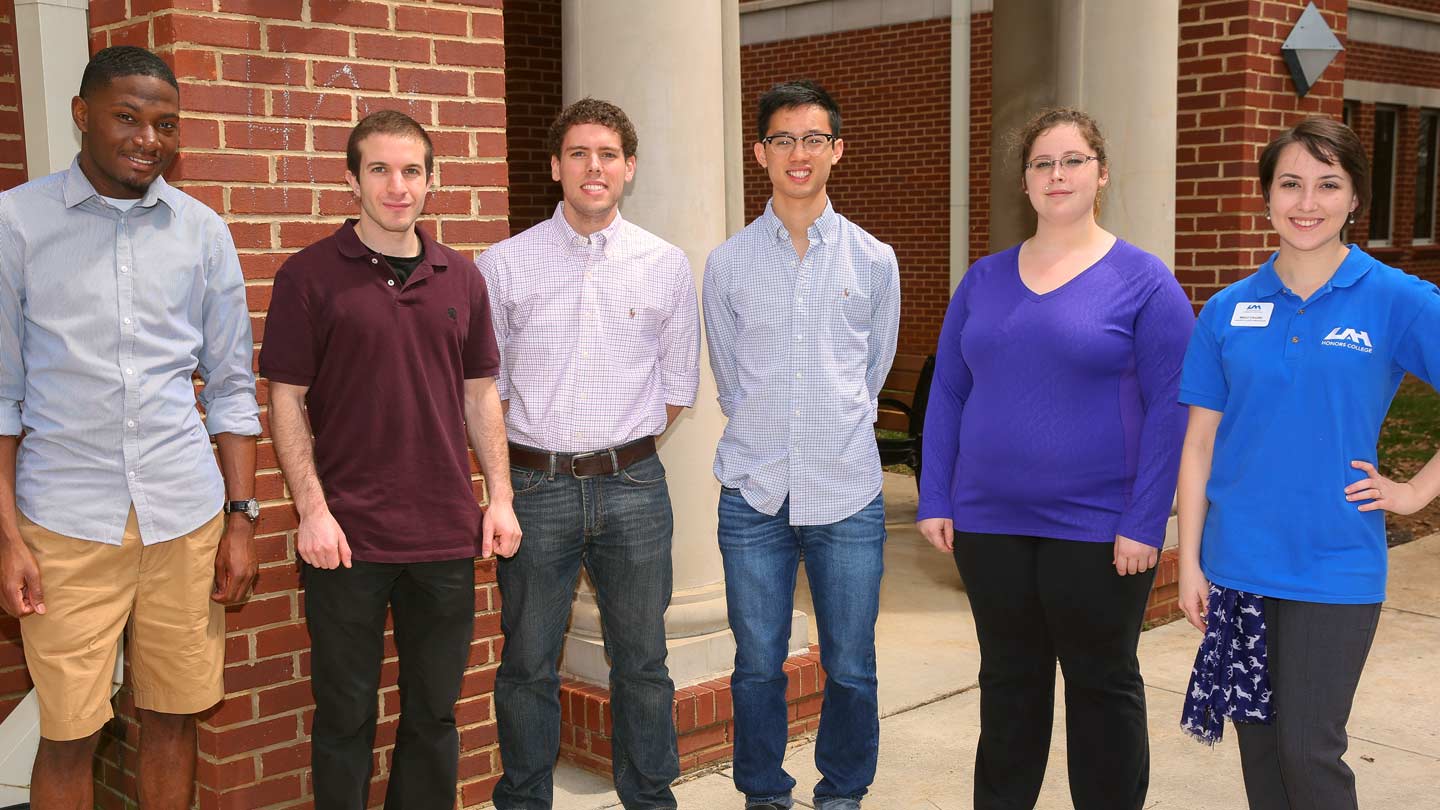 Garrett Dunn has always been interested in healthcare. Now he's doing his part to bring it to those who need it most - Alabama's rural residents - as president of the Alabama Student Rural Health Association (ASRHA) at The University of Alabama in Huntsville (UAH).

"A lot of people think rural underserved areas are hours away, but they can be right outside your door," says Dunn, a senior biology and chemistry double major in UAH's Pre-Health Professions Program. "So we want to raise health awareness in these areas and show students that they can go into health fields to help underserved populations."

To that end, the ASRHA hosts activities, workshops, and volunteer events to educate students and the community at large about rural health issues. They have also partnered with the North Alabama Medical Reserve Corps and the National Alliance on Mental Illness on a variety of service and outreach projects.

"We've gone into rural elementary schools and done presentations on tobacco awareness and prevention," says Dunn. "And at another one we helped out with recently, called 'Families on the Go,' we sang songs and talked about exercise. We also showed them a bunch of different apples - and an eggplant, which they'd never seen before!"

We want to raise health awareness in [rural] areas and show students that they can go into health fields to help underserved populations.

Just as important are the chapter's efforts to encourage students to pursue a career in rural healthcare. "Some members are from rural areas and want to go back but some aren't," he says. "So every year we have students from a medical school come and talk to us about rural internships, answer questions, and give advice."

Ultimately, he hopes to extend that effort to an even younger demographic. "Studies show that people from rural areas tend to go back and serve rural areas, so we want to set up a mentoring program for rural middle and high school students," he says. "We want to show them there's an opportunity to go to college and pursue a career in a medical field."

Dunn is only the second student to serve as president of the ASRHA, which was founded in 2013 by Aaron Henslee. "Aaron did a rural pre-medical internship and the physicians encouraged him to start a chapter of the ARHA on campus," he says, referring to the state organization that oversees the student chapters. "So he got in contact with the ARHA about the logistics."

Henslee then approached the members of UAH's Medical Careers Club (MCC) to determine if there was enough interest. "With the MCC, there aren't a lot of projects geared toward underserved rural areas," says Dunn, who also serves as the club's treasurer. "So when Aaron talked about the need and the opportunity to help people - and to be affiliated with a state organization - it all fell into place." 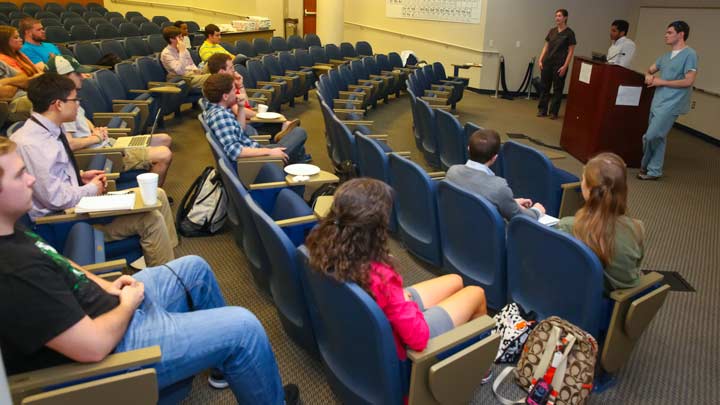 Now the chapter has close to 30 members and requires only a modest $15 in dues each academic year. Its monthly meetings are held every third Tuesday from 6 to 7 p.m. in room 107 of the Shelby Center, and the chapter periodically hosts spirit nights at area restaurants to help raise money for their philanthropic goals.

Not all students in the ASRHA are rural, however. Dunn himself is from Huntsville. But all are interested "in finding out ways they can give back," he says. And he's hopeful it will stay that way. "Our other officers are all juniors and under, so they'll be there to carry on the torch," he says. "And we have new members coming in to keep the cycle going."

As for Dunn himself, he'll soon be graduating and pursuing his own healthcare career. Thanks in part to his extracurricular participation in the ASRHA and his internship in HudsonAlpha's prestigious BioTrain program, he was recently accepted to the University of Alabama at Birmingham School of Medicine. That may or may not lead to a residency in a rural area, but if it does, Dunn says, "there are definitely upsides!"