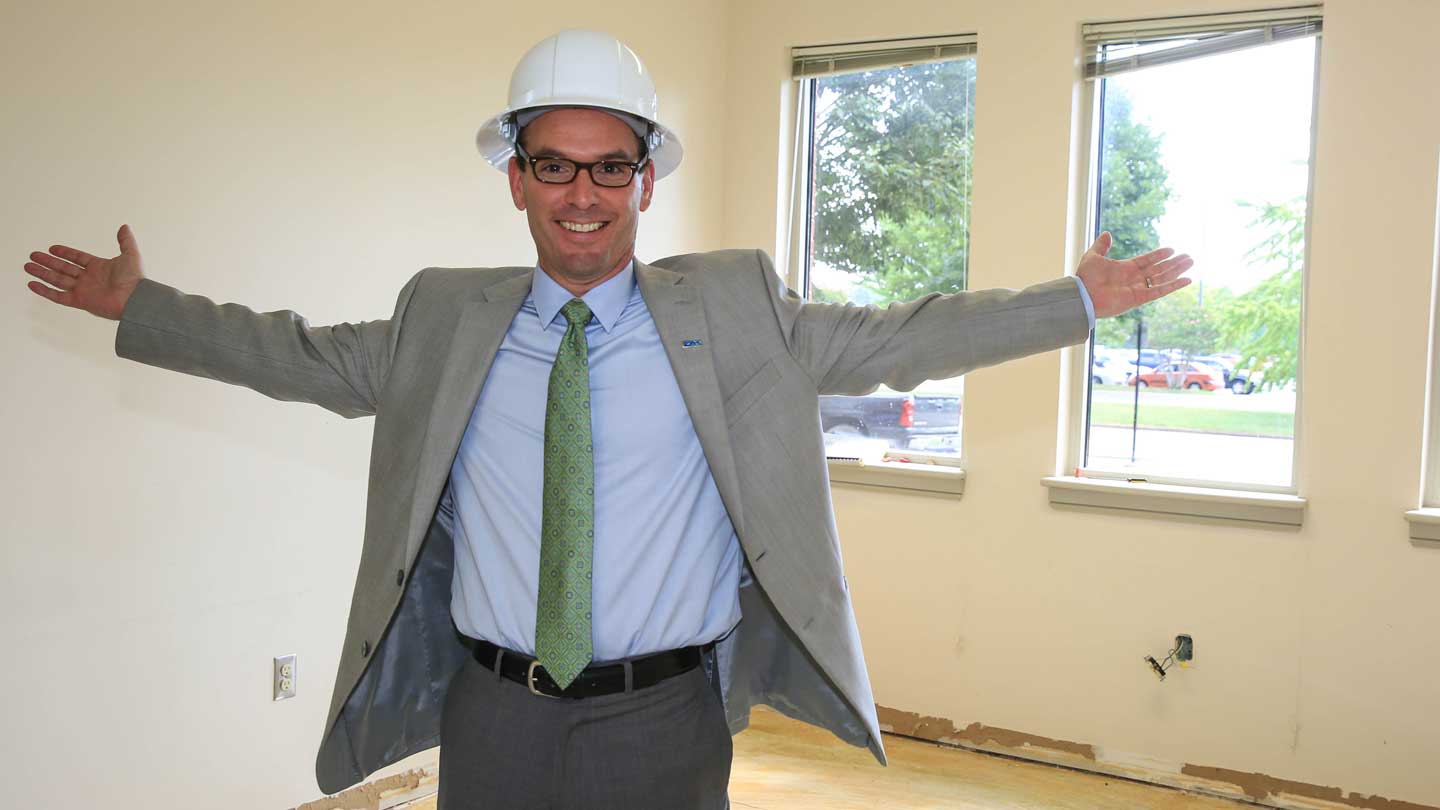 Although The University of Alabama in Huntsville (UAH) has long had an honors program, this fall marks its first full year as an Honors College. It's an important milestone, and one that the College's new dean, Dr. William Wilkerson, says is just the first of many.

"The things we're going to be working on right now are broadening the Honors curriculum, improving and refining the Honors student mentor program, and expanding the Honors living-learning community," he says, referring to a planned renovation of Frank Franz Hall that will allow all honors students to be housed under one roof.

I would encourage anyone to think about the Honors College seriously and expect to be surprised by what they find.

Already two-thirds of the residence hall is dedicated to honors students, who live on two-and-a-half floors designated as an honors theme community. But once the College holds its official launch later this month and construction is completed on Frank Franz in November, Dr. Wilkerson's focus will turn more fully to attracting those who will go on to occupy the building in the coming years.

"We want to recruit the best students we can," he says. Typically, that refers to candidates with a minimum ACT score of 28 or an SAT score of 1200 with a high school GPA of 3.5 or higher. But, he says, "there are no hard and fast criteria. A student may have a 27 on the ACT but write a brilliant essay and have great extracurriculars. So I look at the total application. Sometimes I've even done interviews."

As for those already attending UAH, they're also more than welcome to apply at any point in their academic career. "I'm looking for students who are bright and self-motivated, and who generate their own interests," says Dr. Wilkerson. "And I'm looking for students who have a broad range of interests and who are seeking connections between them, regardless of their major." 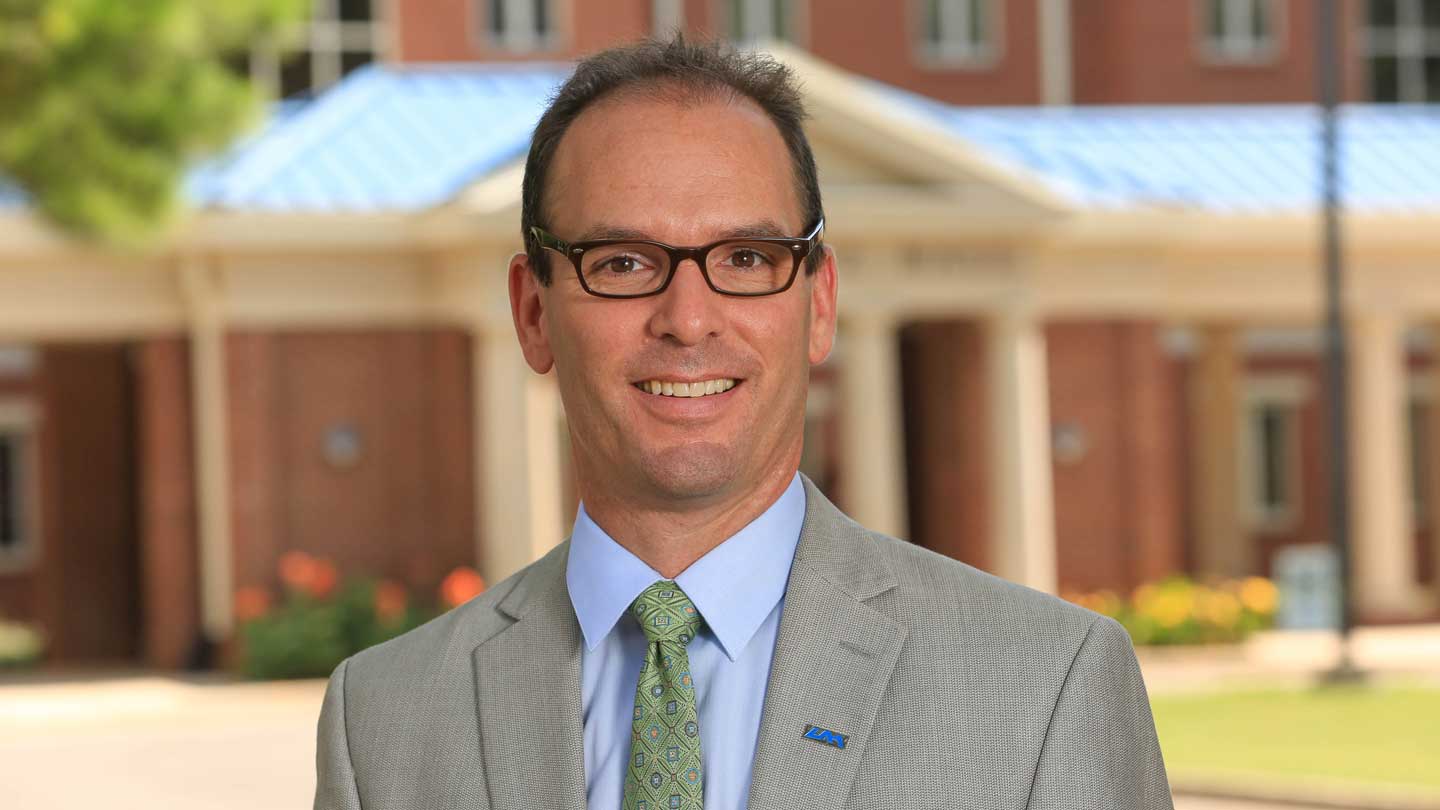 He understands, of course, that some are hesitant, fearing that the honors curriculum will be too much work. But he hopes to dispel that myth. "Our students do study hard, but they're leaders all over campus and they're very well-rounded students," he says. "So I would encourage anyone to think about the Honors College seriously and expect to be surprised by what they find."

Then there is the worry that the classes will be too hard. That is also not necessarily true. "A lot of the time they are the same courses you would take in any major, but they're smaller and more discussion-oriented," says Dr. Wilkerson. As a result, they enable the students to build strong relationships with their professors and ensure that they get the one-on-one attention they need to succeed.

"Many students report back that the best thing about UAH is their honors classes," he says. "And given a choice between an applicant who has an honors degree and one who doesn't, I would think that most employers would choose the former. Those students have built up their communication and critical-thinking skills and shown that they can be self-motivated."

Those aren't the only benefits, he continues. "At the UAH Honors College students are getting a small college experience at a public university price," says Dr. Wilkerson, pointing out that UAH has been consistently ranked as the number one return on investment among all schools in the state. "We also offer incredible undergraduate and graduate research opportunities here, as well as industry and government connections, that others can't."

Ultimately, those are the draws that Dr. Wilkerson hopes will make the College a "destination college" for the best and brightest, not just locally but regionally and nationally as well. "We want students to apply to the UAH Honors College as their top choice," he says. And he's optimistic he'll get there. "The sky is not the limit for this college. I'm excited about the future."