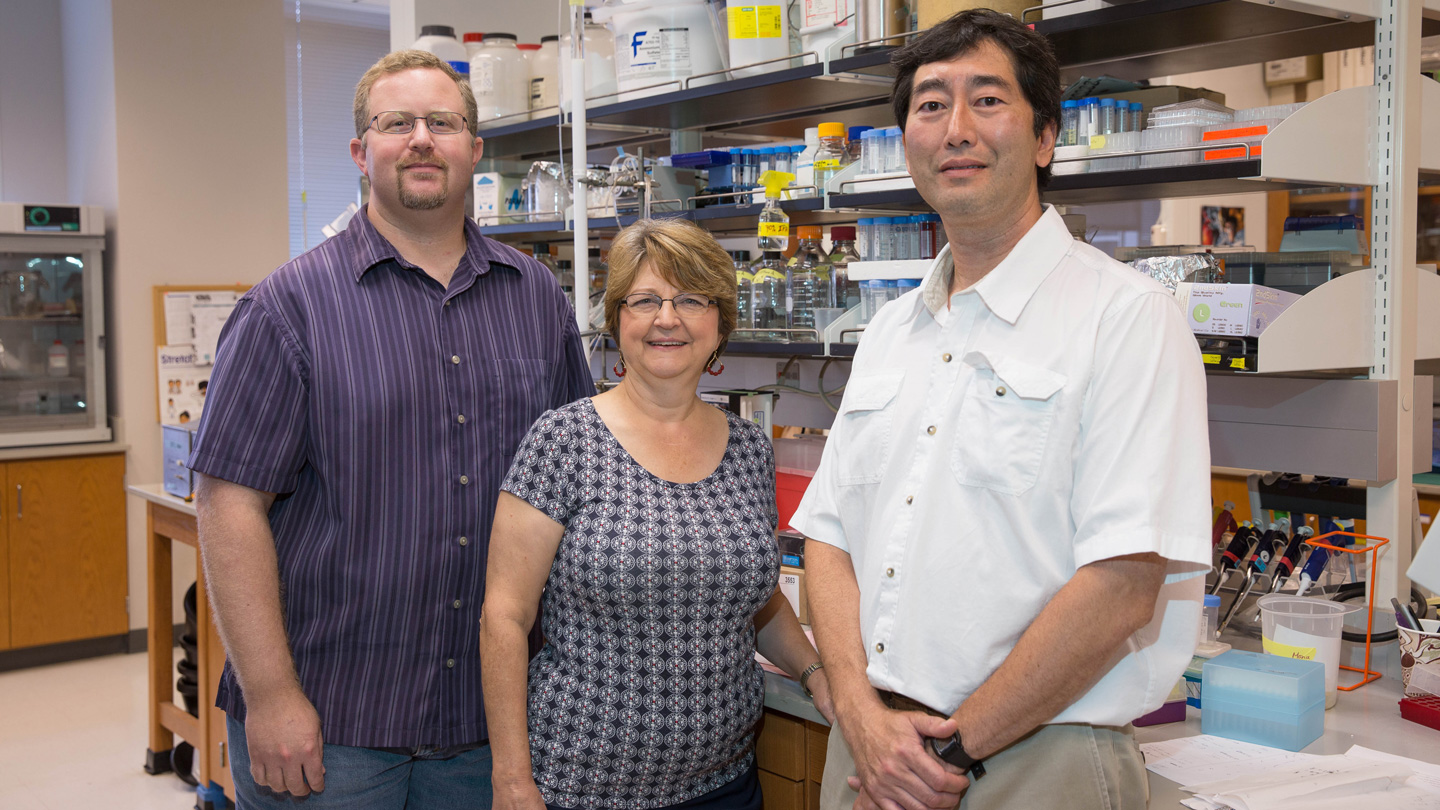 Job growth in the science, technology, engineering, and math (STEM) fields over the next decade is expected to far outpace the national average, yet current estimates show that fewer and fewer high school students are interested in STEM careers. As a result, the pipeline of skilled academicians and researchers is starting to run dry, leaving America behind in the global economy.

To combat this worrying trend, the National Science Foundation (NSF) has introduced the Scholarships in Science, Technology, Engineering, and Mathematics (S-STEM) program. This enables institutions of higher education to apply for grants that they can then use to recruit, retain, and graduate academically talented, financially needy students interested in pursuing a degree in the STEM fields.

With only 80 to 100 grants awarded annually, however, competition is fierce. So it's all the more notable that among the proposals selected this fall was one submitted jointly by The University of Alabama in Huntsville (UAH) and the HudsonAlpha Institute for Biotechnology to fund the UAH-HudsonAlpha Outreach Partnership (UHOP).

"We were very happy to be selected," says Dr. Debra Moriarity, chair of the Department of Biological Sciences. "I think it's going to be a big step for us because it will allow us to identify those students who are interested in the STEM fields early on and to really see how a complete immersion into the scientific world works at retaining them and improving their success."

If this works as well as we think it will for biotechnology, it’s something we’d like to make larger and institutionalize.

Dr. Moriarity serves as the principal investigator on the five-year $638,277 grant. Joining her as co-principal investigators are fellow faculty members Dr. Joseph Ng, Professor and Director of the Biotech Science & Engineering Program, and Dr. Luciano Matzkin, Assistant Professor and Director of the Graduate Program. Both have strong ties to HudsonAlpha; Dr. Ng is the founder of an associate company, iXpressGenes, and both he and Dr. Matzkin are adjunct faculty members there.

Step one, of course, will be to identify high school students who are both academically talented and interested in pursuing an academic and a professional career in the field of biotechnology. "We will focus on trying to recruit women and minorities who are not typically as well represented in this area of study so that we have a diverse group of students," says Dr. Moriarity.

Dr. Matzkin, who took part in the University of California Louis Stokes Alliance for Minority Participation as an undergraduate, will assist in the effort. "We're going to do targeted outreach to bring these traditionally underrepresented students into the program," he says. "We want them to realize that we're here and that we're an institution that involves undergraduates in high-caliber research."

Once those students decide to enroll at UAH, step two will be to retain them. And that, says Dr. Moriarity, starts with funding. "The NSF believes that one issue affecting students is that they often have to work to support themselves, which can take away from their ability to be successful in the first year or two and can ultimately make it more difficult for them to stay in school and graduate."

To that end, the grant will provide roughly a dozen scholarships each year for first-time freshman who start in the fall. "We'll also work with them to find additional money for the following years, but the focus is mainly on the first year," she says, adding that in return for the scholarships the students will be expected to meet certain obligations required by the grant.

As important as funding is, however, retention is just as dependent on students choosing to stay in their declared field of study. Many end up switching majors, says Dr. Moriarity, because they "don't see the practical application of what they're doing in class or how it fits in with their career goals." But with UHOP, they won't have to wait until their junior or senior year to take part in hands-on biotechnology research; they'll start as freshman.

"We've partnered with HudsonAlpha to offer a course in sequencing and analyzing DNA," she says, adding that this early exposure will also enable the students to form strong relationships with faculty and professional researchers. "We think this combination will give them the context for all the courses they're required to take so that they'll have motivation to take more courses."

In addition, aspects of the program are tailored to impart to the students a sense of belonging and connection. "We've built it so we have cohorts coming in each year who can learn from each other," says Dr. Matzkin. "We want to create this kind of extended family of research-minded undergraduates." Adds Dr. Ng, "it's really stressing a peer support system, which we think is really important for early development and success."

All of which leads to step three, which is to increase the graduation rate of students in the field of biotechnology. And not just with a bachelor's of science, says Dr. Ng, but with one or more graduate degrees as well. "My focus is on encouraging students to pursue advanced studies, and UHOP is another mechanism that allows them to stay here and go into a master's or Ph.D. program."

Of course, there's no way to determine how much success each of these steps will meet with this early in the process. So documentation will be crucial to calibrating the program over the course of its five-year lifespan. "All universities awarded S-STEM grants are expected to share their results, to see what works, and what works with regard to certain populations," says Dr. Moriarity, "so we'll be assessing this all along."

But while the idea is to find "the best practices to increase retention in STEM fields," she continues, there's good reason to believe they can be applied even further afield. "If this works as well as we think it will for biotechnology, it's something we'd like to make larger and institutionalize," she says. "It's really more of a pilot program, because if it works for us, it could work for many disciplines."

That's good news for UAH - and for the nation as a whole - as it seeks to regain its former preeminence in the STEM fields. Though some may argue that the real beneficiaries are the students themselves. "They think that science is hard, that a degree in the STEM fields is unreachable," says Dr. Moriarity. "Well, we don't think it's hard. And we're here to show them that it's very attainable."