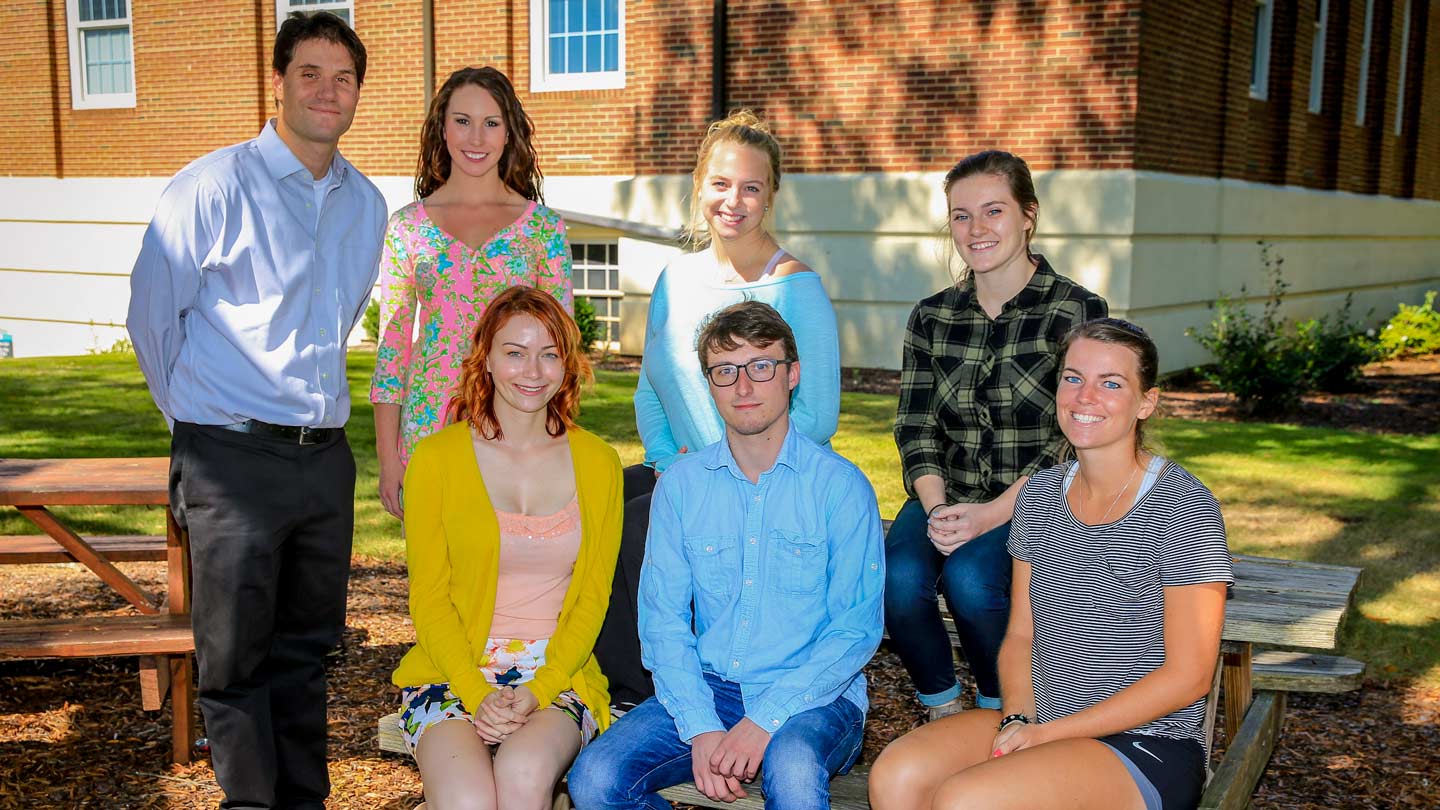 Asked to consult on a pro bono murder case, UAH professor Dr. Jeffrey Neuschatz (left) enlisted the help of the students in his human research course to sift through hundreds of recorded conversations between jailhouse informants set to testify against the defendant.

Late one night four years ago, a man and a woman left a party; the man returned home, but the woman did not. Her remains were eventually found after a hiker discovered the woman’s shoe with a bone inside. Now, with that man facing life in prison without parole, seven psychology students in Dr. Jeffrey Neuschatz’s human research course at The University of Alabama in Huntsville (UAH) may prove essential to the outcome of his trial. "Our job," says psychology master’s candidate Brandi Cook, "was to help provide the fairest defense."

This was far from the first time that Dr. Neuschatz, who is widely known for his prolific research in the field of eyewitness identification and jailhouse informants, has been consulted on life-or-death matters. But when the Washington, D.C.-based law firm of Covington & Burling LLP sought his expertise on this particular pro bono murder case, he saw an opportunity for his students to take part as well. "As the lawyers were talking to me about the evidence, they explained that they were facing difficulty," he says. "The trial was coming up, and they didn’t have enough people to listen to the recordings of the jailhouse phone calls made by the informants planning to testify against their client."

Enter his human research students: undergraduates Aniek Remmerswaal, Autumn Brooks, Lauren Winders, Chasteney Pope, and Ayla Kirby, and graduate teaching assistants Preston Smith and Brandi Cook. "I offered to have them go through the phone conversations, to report and catalog any information pertinent to the case," says Dr. Neuschatz, who also serves as chair of UAH’s Department of Psychology. "I thought it would give the students insight into what it’s like to be in prison and what these informants are like." With the trial date looming, the law firm gratefully accepted his offer and sent more than 60 hours of recorded conversations between the jailhouse informants and their family members and friends.

I thought it was a great experience just to have the possibility of helping someone who could go to jail for the rest of his life, so I paid very careful attention.

Not surprisingly, the task initially proved daunting. Without any past exposure to the criminal justice system, the students found it difficult to contextualize the conversations beyond what they had seen on TV and in the movies. "They’re pretty boring and often x-rated," explains Dr. Neuschatz. "The informants also use a lot of slang and refer to each other with nicknames." But given the high stakes of the case, they were not deterred. "I thought it was a great experience just to have the possibility of helping someone who could go to jail for the rest of his life," says Kirby, "so I paid very careful attention." Adds Remmerswaal, "I had some trouble listening to the recordings at first, but that was the motivating part – that it could actually help someone."

In reality, however, the majority of the conversations had very little to do with the case, and almost everything to do with daily life behind bars. "One man would call his mom and talk about what happened on ‘The Voice,’ which he watched in prison," says Cook, who listened to about 50 of the 20-minute phone calls. "Another always spoke to one person, a woman he’d met, and so we got to listen to their relationship progress." Indeed, all of the students were taken aback by just how "normal" the conversations were. "You usually just think of them as murderers or armed robbers," says Brooks. "But the more insight you had into who they were, the more human they became."

Yet as easy as it was to get distracted by the mundanity of the conversations, the students never lost focus. Whenever the case did come up, they were quick to take note. "We had an Excel spreadsheet where we could document what the comment was and the time it was made, so that the lawyers could go back over it and check to see if it was important," says Cook. Especially noteworthy were the occasions when the informants would ask outside contacts for details about the case that they had seen on TV or heard on the news. For example, she says, "they would call a friend and ask them to look on the internet for information about the case so that they could get the details correct when they testified." 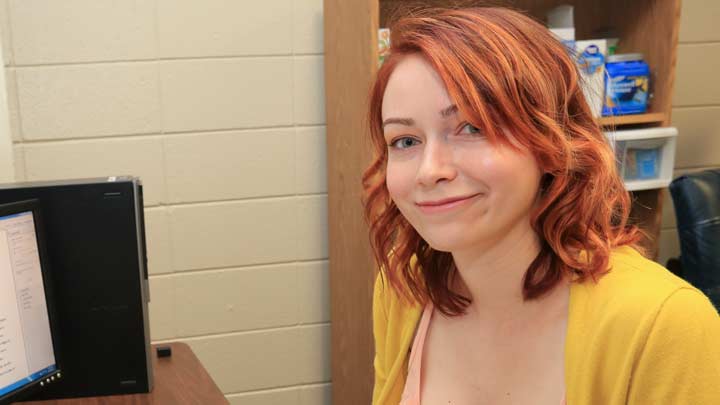 Brandi Cook, who is working on her master’s in psychology and serves as a graduate teaching assistant, listened to more than 50 of the 20-minute conversations.

If that sounds counterintuitive – that a jailed informant would need someone from the outside to tell them about the case – it is. It’s also exactly how informants are often able to work the system to their advantage. "The number one cause of wrongful capital convictions is false confessions from jailhouse informants," says Dr. Neuschatz. "They want the jury to believe that the defendant told them what happened, that the only way they would have knowledge about the case is if the perpetrator told them. But really they’re asking a third party for information about the case. So they’re extremely believable, and yet the reason they’re in jail is because they’re accomplished liars."

In this case, the students will have to wait until the jury delivers its verdict to see whether or not the informants they listened to were considered believable. But for the law firm representing the defendant, their assistance has already proven invaluable. "We are extremely grateful to the students who helped us in our evidence review," wrote lawyer Khadijah Robinson in a letter expressing the firm’s appreciation, "Not only did this greatly ease the burden of evidence review for our team, but the students also uncovered some extremely helpful discussions in these calls that we plan on using during cross examination of the witnesses at trial. No matter the outcome, I and my entire team remain endlessly appreciative of these students’ hard work."