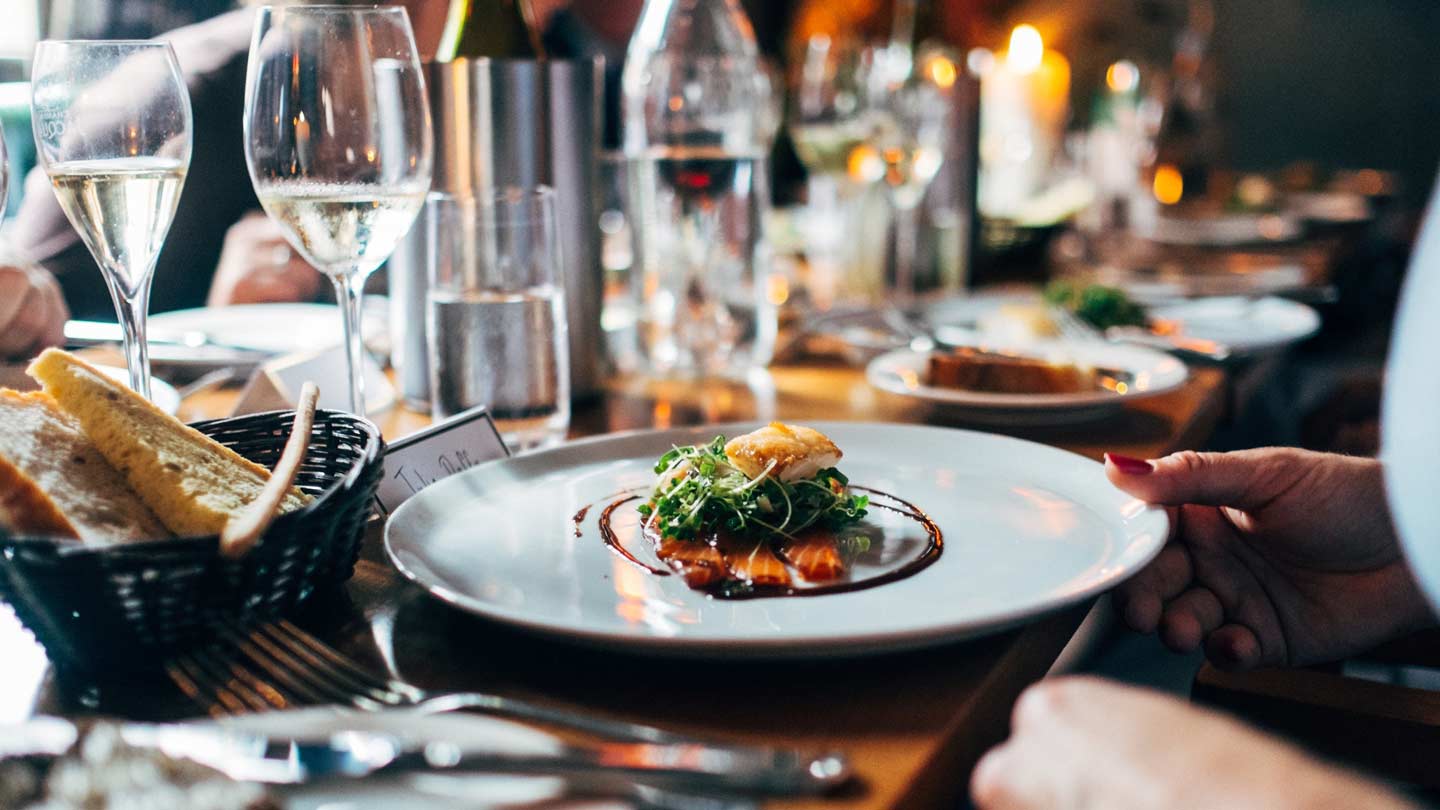 It happened this year for the first time ever: Americans spent more money in restaurants and bars than in grocery stores, according to a recent article published by Yahoo! News.

In April the U.S. Department of Commerce reported that Americans spent $52.3 billion at restaurants and bars in March, and $49.7 billion in grocery stores. It is the first time grocery spending has lagged behind fast food sales since the government started tracking statistics nearly 25 years ago. The article attributes rising restaurant sales to a combination of factors, including a drop in gas prices and food preferences of Millennials.

Dr. Wafa Hakim Orman, Associate Professor of Economics in the College of Business Administration at The University of Alabama in Huntsville (UAH), has some differing opinions about rising restaurant sales.

"I so dislike buzzwords! Millennials are a diverse group of people who have mostly just their age in common," said Orman. "I think there are some factors that might influence their preferences for restaurant meals over home cooking across the board. "First, they grew up and came of age at a time where it was completely normal for mothers to work outside the home, and they were raised eating a lot of restaurant meals and takeout. So, for them the habit has continued as they've moved out of their parents' homes. Secondly, young people like going to restaurants with their friends. This is true of any cohort. Being the children of Baby Boomers, Millennials are a slightly larger generation (in terms of population) than the generation preceding them. The improving economy means that people who graduated during a recession finally have jobs and money to spend - and less time to cook," she added.

Orman believes the single biggest factor driving the increase in restaurant spending has to do with more women working outside the home. "Mothers simply have less time to cook and clean up afterwards. Working parents have more disposable income thanks to the second job. Technically speaking, the 'opportunity cost' of home cooking relative to eating out or getting takeout has increased. At the same time many restaurants have been quick to respond to consumer demand for healthier, organic, or locally sourced food (sometimes all three), making them a more attractive destination."

She said an additional factor for eating out might be the rise of fast-casual restaurants and food trucks. "These places usually provide food of much higher quality than the typical fast food restaurant, and for only a slightly higher price. Service tends to be quick so they are an excellent option for busy people."

Another idea that Orman says is purely speculation on her part, is the popularity of cooking shows.

"Celebrity chefs actually discourage ordinary, boring day-to-day home cooking - especially for people whose parents often ate out or ordered takeout. Perhaps it creates a feeling of, 'well, I never learned to cook as a kid, and I'll never be able to cook like Jamie Oliver, so why not just buy food from someone who does know how to cook rather than clean up a string of kitchen failures." Orman said. She noted, too, that Mark Bittman, renowned food journalist, author, and columnist for The New York Times has written extensively about the loss of cooking skills among younger people.

Seasonal gas hikes, Orman noted, will not cause restaurant sales to decrease. "Summer is picnic and cookout season, so that might cause a slight dip in restaurant spending - but at the same time people travel more and are much more likely to eat out while on vacation. Overall, I suspect this trend of rising restaurant spending will continue."

While the convenience of fast food may be the new norm for most families, it is not the best option health wise according to Dr. Louise C. O'Keefe, Assistant Professor in the UAH College of Nursing, and Director of the UAH Faculty and Staff Clinic.

"Dining out might be great for the economy but it is disastrous to our waistlines," said O'Keefe. "Americans are dining out more and eating more calories. We eat about 500 calories more per day than we did in the 1970s, and we consume about three times more cheese and added sugar. A major concern when eating out is the 'portion distortion' because restaurants tend to serve bigger portions than we eat at home."

O'Keefe is quick to point out that restaurants cannot be solely blamed for our unhealthy eating habits. She offers some tips for controlling portion sizes when eating out:

Numerous chronic diseases have been associated with obesity and fast food, according to O'Keefe. These include type II diabetes, hypertension, high cholesterol, heart disease and obesity-related cancers. She noted that Epidemiological studies have shown an association between adult obesity and premature death. The overall quality of life is decreased in obese individuals.

"The parallel between the rise in fast food companies and the rise in obesity is no accident," O'Keefe said. "The top three reasons that consumers choose fast food are: the food is quick, restaurants are convenient and easy to visit, and the food tastes good. So what is the connection between fast food, obesity and the resultant chronic diseases such as high blood pressure? One potential reason is that fast food is caloric dense with the total calories in a typical fast food meal exceeding that of the average meal by 65 percent.

O'Keefe referred to a 2010 Nurses' Health Study that found the intake of TFAs was directly linked to the risk of heart disease. Additionally, the study revealed that fast food could also contain a higher amount of salt and when you include the fact that most fast foods are "super-sized" the consumer ends up ingesting a large amount of calories. All this leads to obesity and the risk of developing chronic diseases.
She noted that eating healthier may become a lot easier in the future. According to various news agencies, the Obama administration will soon move to ban trans fats from all foods.

O'Keefe shares some ideas for eating at home and healthy meal planning: