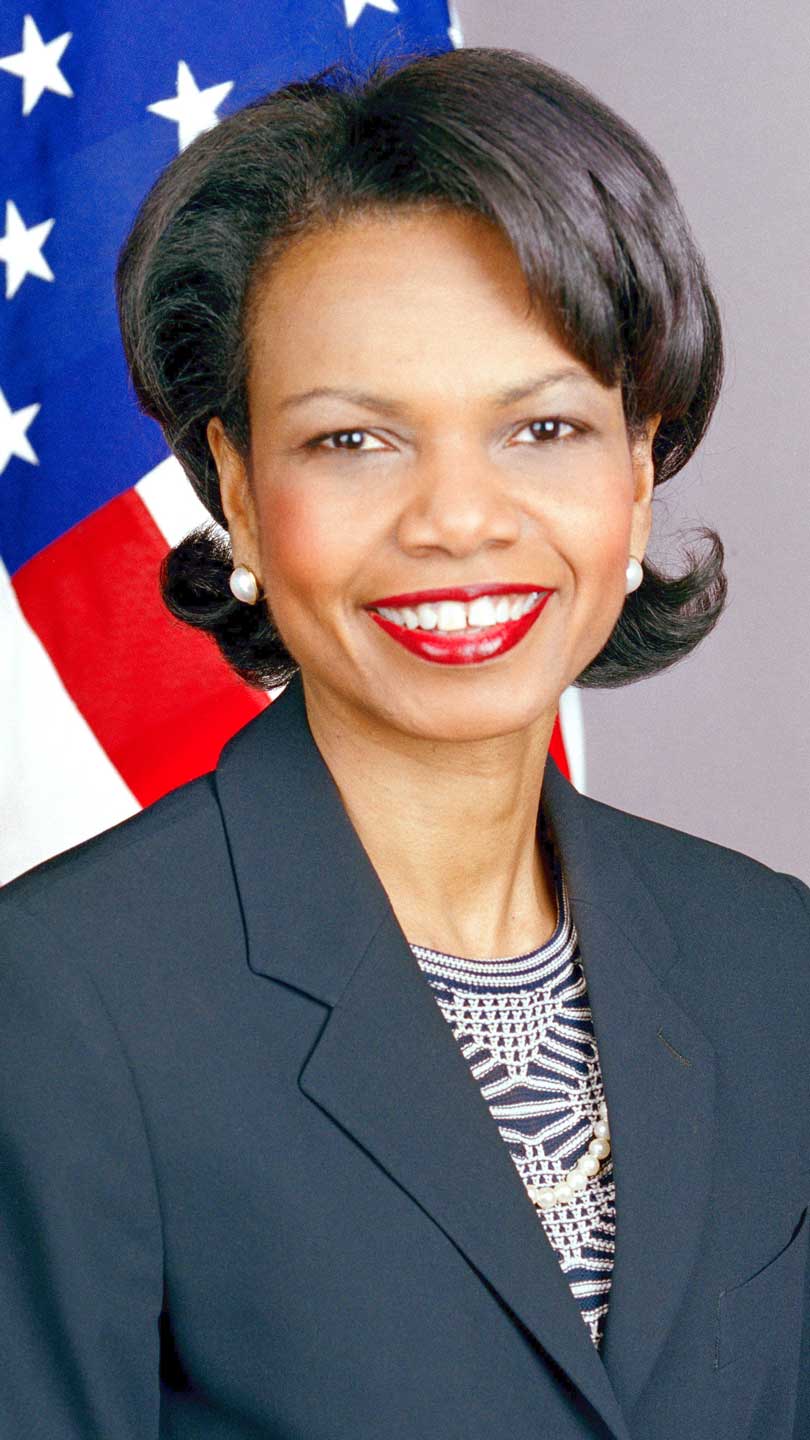 Former U.S. Secretary of State Dr. Condoleezza Rice will be the keynote speaker at the Girls Incorporated of Huntsville's Invest in a Girl dinner Tuesday, Oct. 28.

The University of Alabama in Huntsville's Office of Diversity is co-sponsoring a visit to Huntsville by former U.S. Secretary of State Dr. Condoleezza Rice, on Tuesday, Oct. 28.

Rice will be the keynote speaker at Girls Incorporated of Huntsville's Invest in a Girl dinner co-sponsored by UAH and Davidson Technologies. The event will begin at 6 p.m., in the Von Braun Center North Hall.

"The annual Invest In A Girl Celebration is one of the many ways Girls Inc., supports young women in Huntsville and Madison county. The year-round programs of Girls Inc., assist young women at critical points in their development to take advantage of and optimize opportunities available to and for them. The great role model of Dr. Rice and her amazing accomplishments will certainly help the girls to see, real-time, the possibilities of how far they can go and what they can achieve," said Delois H. Smith, UAH Vice President for Diversity, and President-elect of the Board of Directors of Girls Inc., of Huntsville.

Rice served as the 66th Secretary of State of the United States, the second woman and first African American woman to hold the post. She spent the last four years of the Bush administration as Secretary of State. During the first term, Rice served as President Bush's national security advisor and head of the National Security Council. Her job as national security advisor to the President included shaping American foreign policy, as well as dealing with events in Russia, Iran, North Korea and the Middle East peace process.

Before joining the Bush administration, she was a political science professor at Stanford University, where she served as provost for six years. Rice, a Birmingham native is the daughter of John W. and Angelena Rice. Her father a minister and dean, was also a high school football coach, and her mother was a high school teacher. Rice was a piano prodigy, learning to play at age three and giving her first full recital a year later, at the age of four. She finished her last year of high school and first year of college at The University of Denver at the age of 15, graduating cum laude and Phi Beta Kappa.

Rice is the author of many academic articles, and has been featured in numerous national and international newspapers and news magazines. She is the author of several books and two best sellers, Extraordinary, Ordinary People (2010), and No Higher Honor: A Memoir of My Years in Washington (2011). Since 2009, she has served as vice chairman of the Board of Governors, for the Boys and Girls Clubs of America.