Huntsville, Ala. (June 10, 2013) - Wendi C. Thomas, award-winning journalist and racial activist will give the keynote address for the 2013 Interfaith Mission Service (IMS) awards banquet on Monday, June 24, on the campus of The University of Alabama in Huntsville (UAH).

The event is co-sponsored by the UAH Office of Diversity and IMS. The banquet will begin at 5:30 p.m., in the University Center Exhibit Hall. Tickets may be purchased by visiting: www.InterfaithMissionService.org, or by contacting Delois H. Smith, UAH vice president of Diversity at: smithdh@uah.edu. The annual event will also recognize the work of area leaders and volunteers, who promote racial harmony, social justice and religious tolerance.

Besides being an accomplished journalist, Thomas is founder and co-coordinator of Common Ground Memphis, an initiative designed to improve race relations in Memphis, Tenn. After several years as a writer for The Commercial Appeal, Thomas realized there wasn't a safe place in the city for people to talk about race relations - still simmering more than 40 years after Dr. Martin Luther King, Jr., was assassinated in the city. She launched the "racial reconciliation effort to be the change I want to see in the world."

Common Ground brings together small groups of ethnically diverse people to talk about racial identity, and construct action plans to improve racial disparities and repair the divide between citizens.

Thomas has 17 years experience as a journalist, both as a writer and editor. She is a metro columnist at The Commercial Appeal in Memphis. Additionally, she has written for such media outlets as The Charlotte Observer (assistant features editor), The Tennessean (courts editor), and The Indianapolis Star (news reporter). 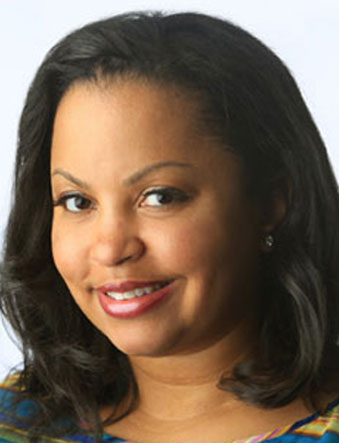 Thomas has won numerous journalism awards including the 2008 Scripps Howard Hall of Fame for commentary; Best Local Columnist Award, Society of Professional Journalists Award, and the Gannett Well Done Award, for an article on the legacy of a racially motivated murder. Her work has appeared in The Root, an online magazine that provides thought-provoking commentary and news on African American culture, and NPR.org.

Her national television appearances include 20/20, CNN and CBS Sunday Morning.

Thomas holds memberships in the Society of Professional Journalists, Members of Investigative Reporters and Editors, The

She graduated from Butler University, a liberal arts and sciences university in Indianapolis, Ind.