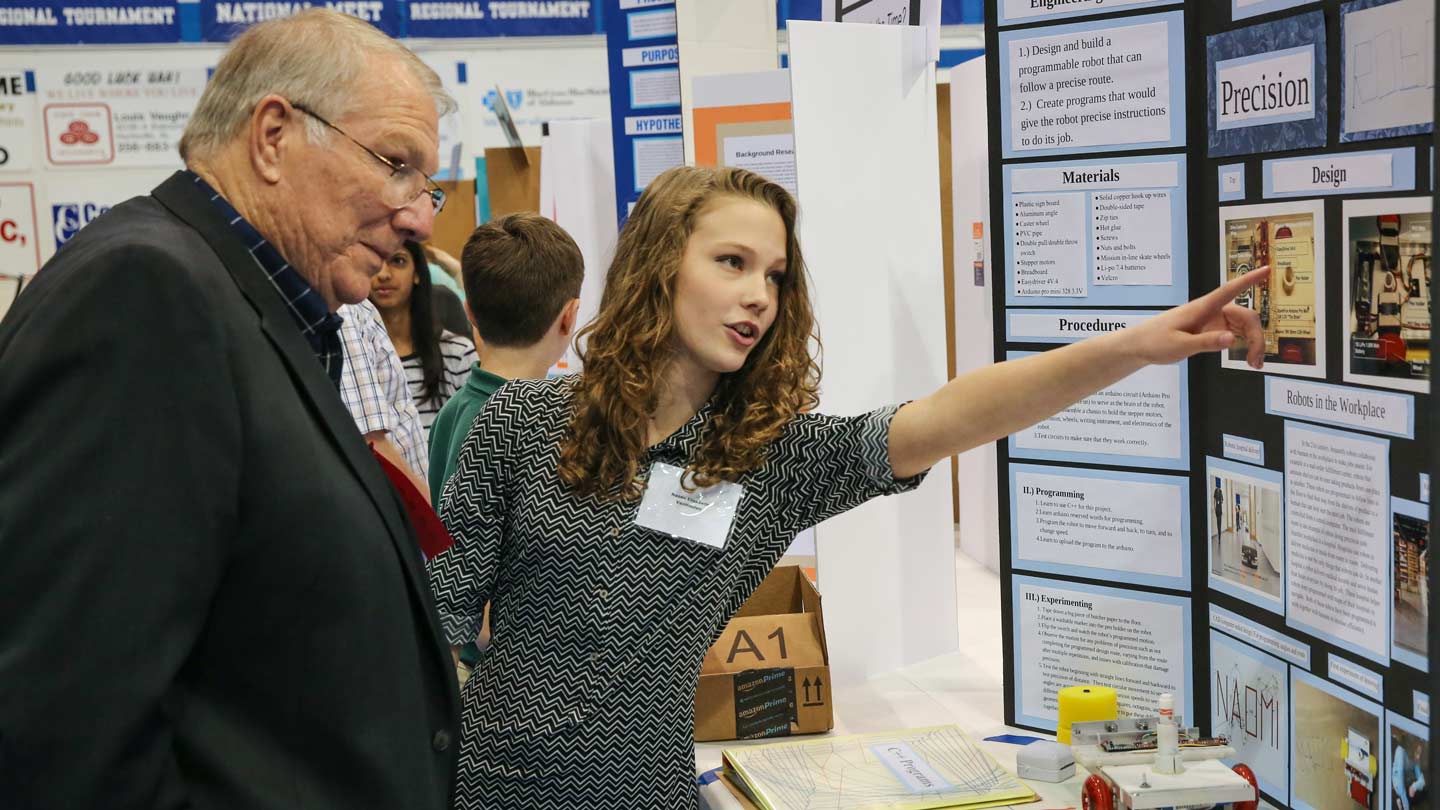 The 2016 Alabama Science and Engineering Fair (ASEF) was held from March 31 to April 2 in Spragins Hall on The University of Alabama in Huntsville campus.

The return of spring was once again heralded by the Alabama Science and Engineering Fair (ASEF), which was held from March 31 to April 2 in Spragins Hall on The University of Alabama in Huntsville (UAH) campus. Over 250 students from 68 middle and high schools throughout the state were joined by hundreds of family members and supporters at the event, which concluded with a Special Awards Ceremony and Banquet at the U.S. Space & Rocket Center and a Grand Awards Ceremony at UAH's Chan Auditorium.

"With more than 230 projects this year, ASEF was a big success," says Vanessa Colebaugh, a research associate with the Institute of Science Education who serves as the event coordinator. "We were very impressed with the caliber of projects, and it's always an exciting day for the students to 'show off' the hard work and time they have put into their projects. The opportunity to share their research with their peers and judges is invaluable to the students."

The ASEF is just one part of a much bigger framework of science and engineering fairs that take place around the world every year. In the U.S., students first compete at the regional level. Alabama, for example, has five regional science and engineering fairs throughout February and March, including the UAH-hosted North Alabama Science and Engineering Fair (NARSEF). The winners at that level go on to compete at the state level, which in Alabama's case is the ASEF. Each state fair can then provide funding to send up to four overall finalists to the International Science and Engineering Fair (ISEF), which this year will be held from May 8 to 13 in Phoenix, Ariz.

The four ASEF participants selected as 2016's ISEF Finalists are as follows:

"We are very proud to have chosen these four students to represent UAH/ASEF at the International Science and Engineering Fair," says Colebaugh. "We know they will shine bright at next month's event."

As in years past, the 2016 ASEF was made possible by the generous support of the event's patron donors, which included the Alabama Space Grant Consortium, National Aeronautics and Space Administration, and the U.S. Space & Rocket Center, and its category donors, which included ADTRAN, Aerojet Rocketdyne, the Association of Energy Engineers the Boeing Company, the Huntsville Section of the IEEE, the National Space Club, NDIA, the Tennessee Valley - SMD Working Group, Northrop Grumman Corporation, Raytheon Missile Systems, the Southern Research Institute, Techni-Core Engineering, Teledyne Brown Engineering, the Tennessee Valley Authority, and Toyota Motor Manufacturing AL.

"ASEF would not be possible without the support of our generous donors, who not only give monetary support but also provide many judges for numerous awards," says Colebaugh. "Many students left the fair with ideas on how they can improve and expand their research plans for next year's competition. Seeing their love and enthusiasm for science is always rewarding. We are already looking forward to seeing next year's students and their projects at the 2017 ASEF!" 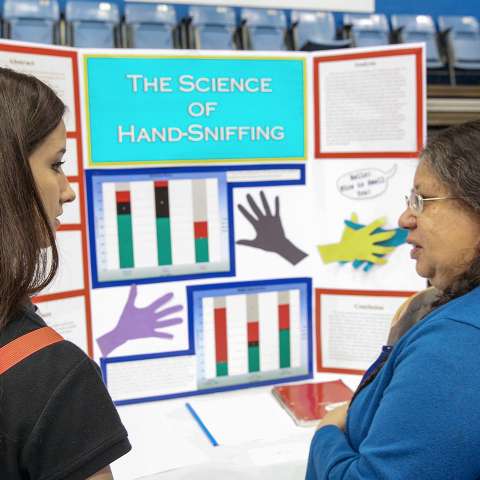 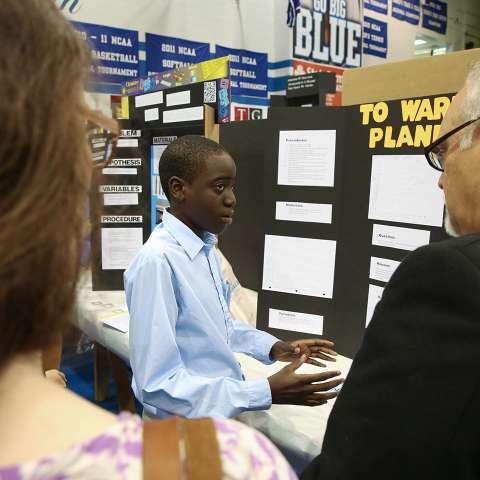 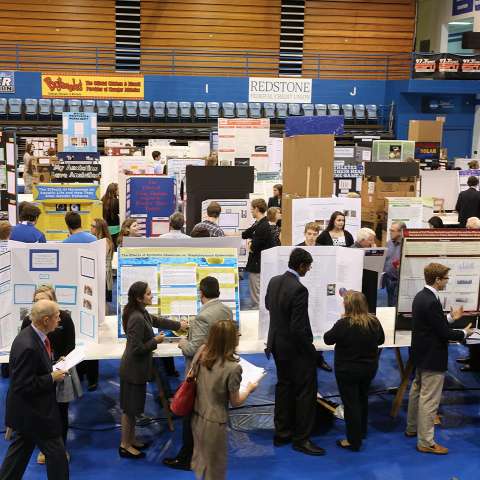 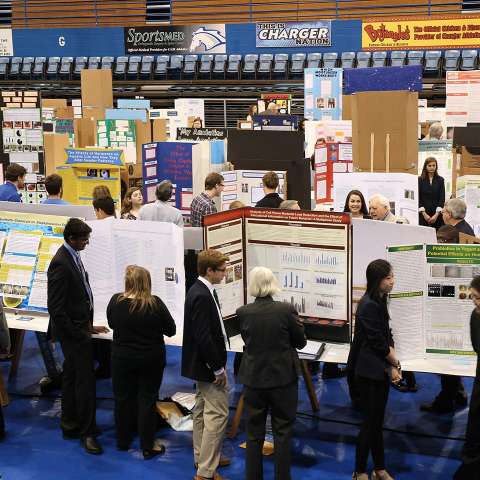 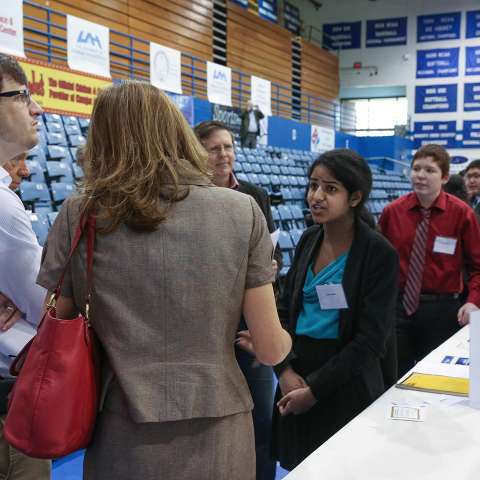 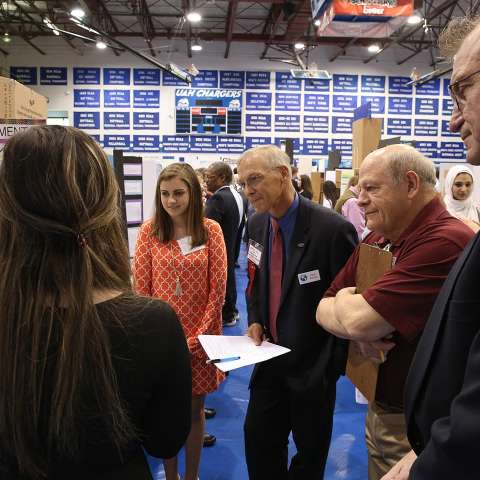 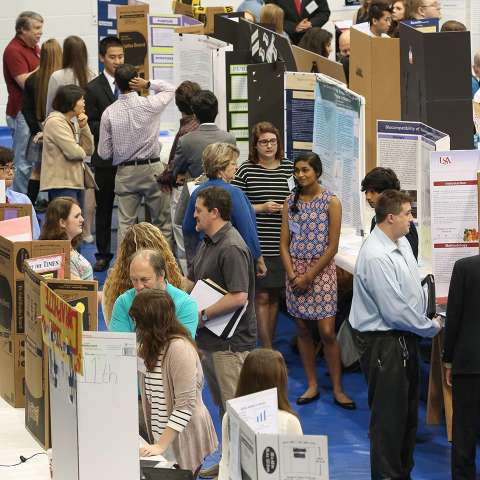 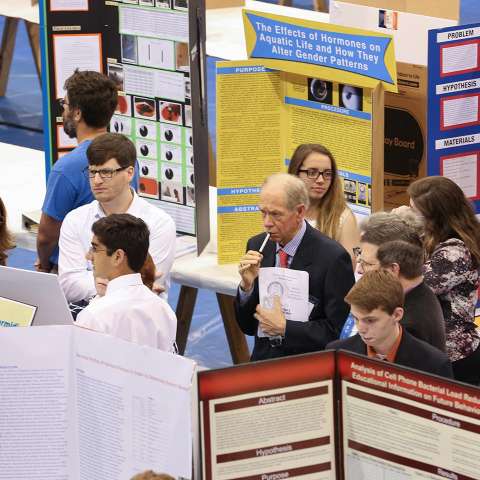 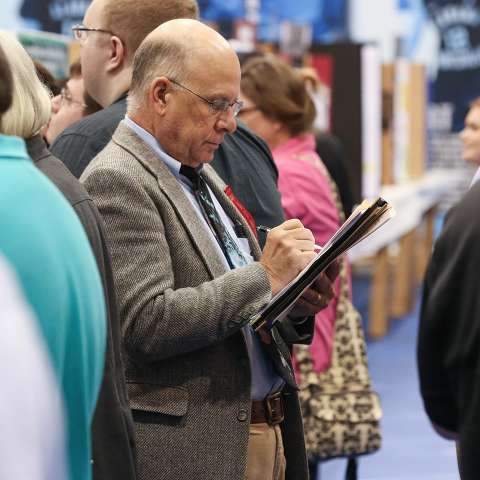 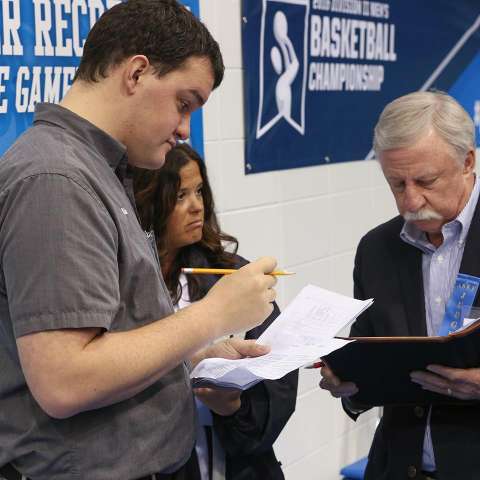 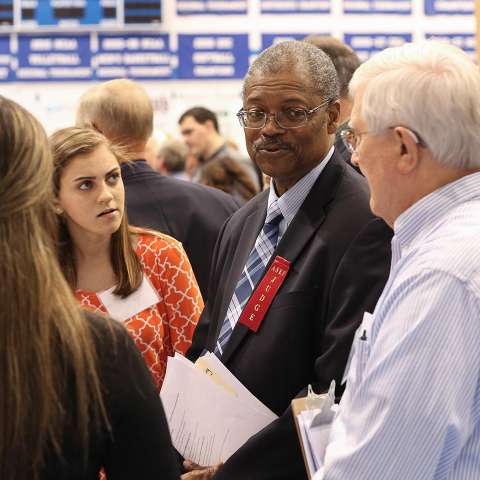 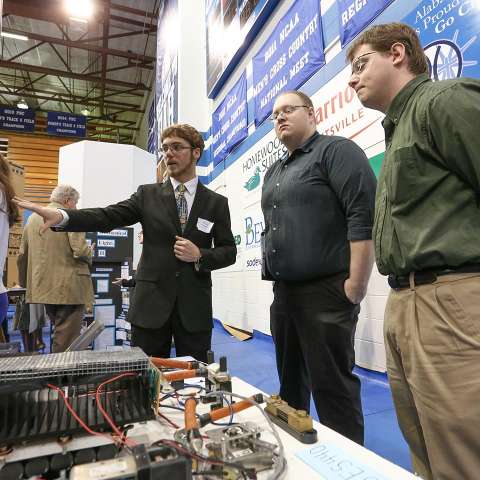 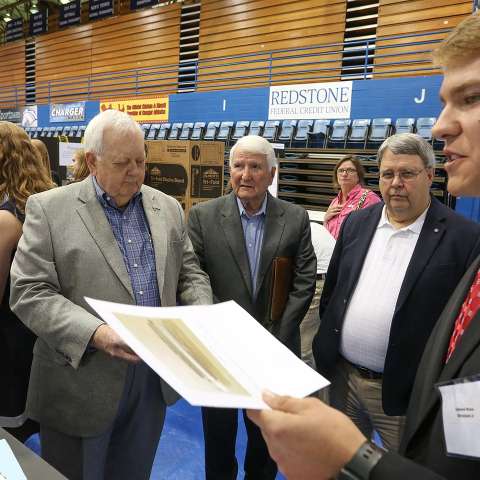 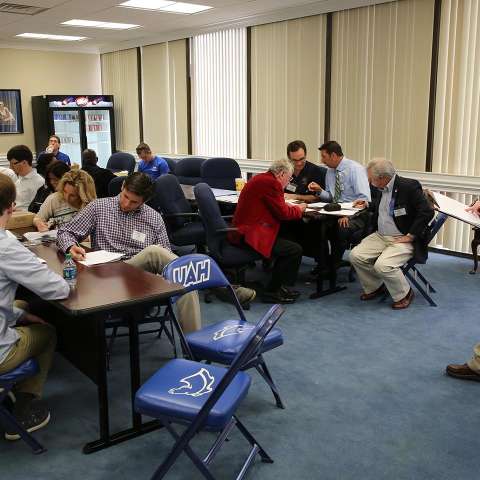 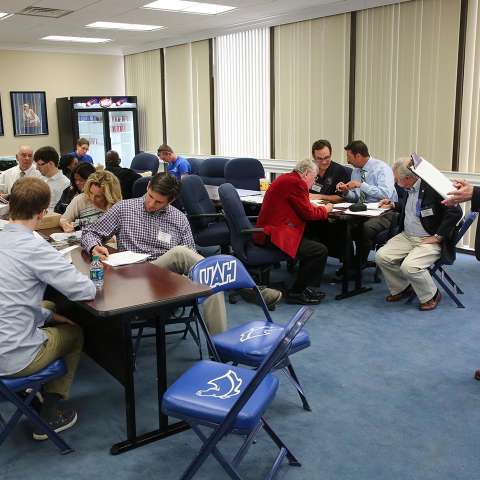 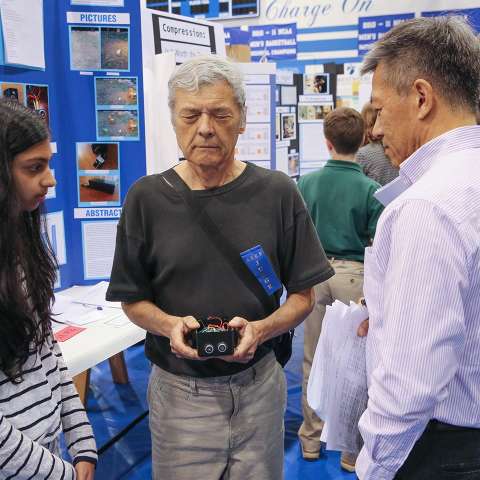 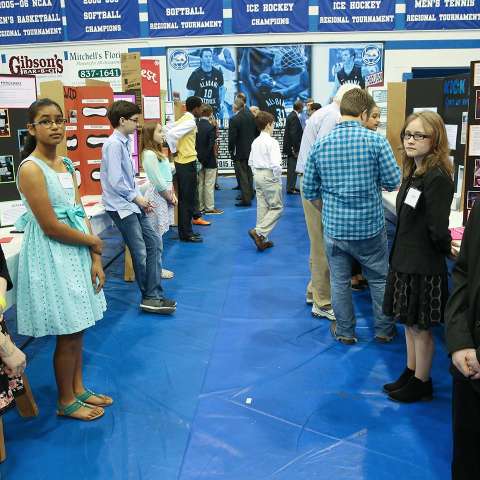 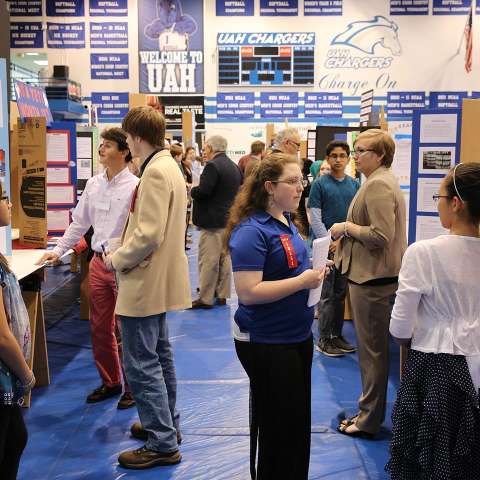 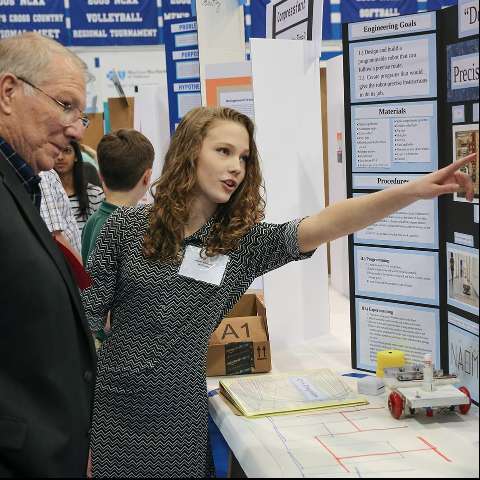 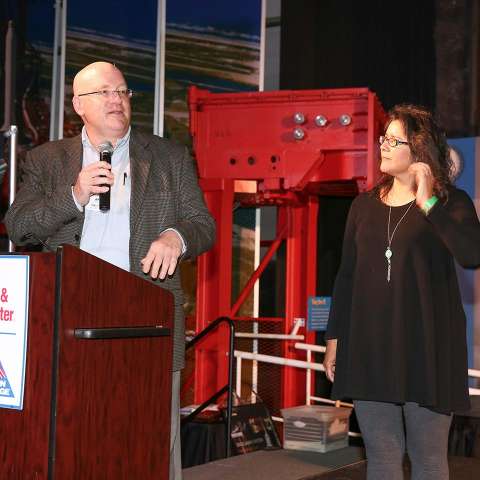 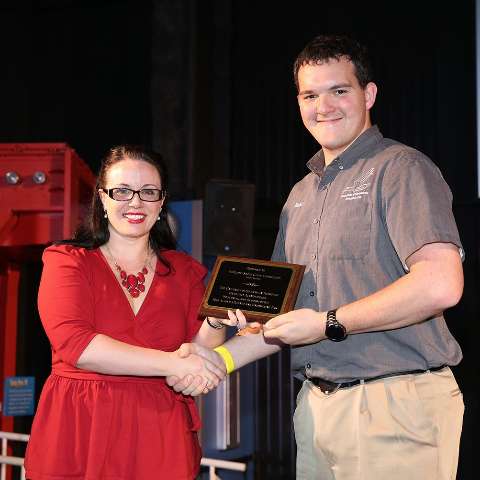 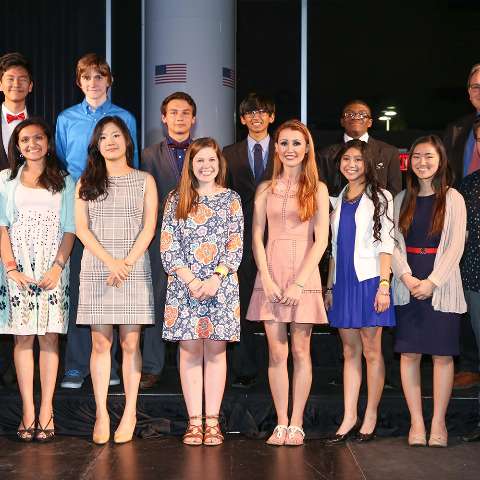 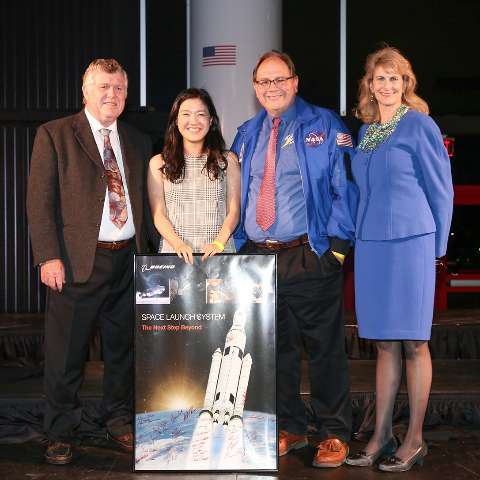