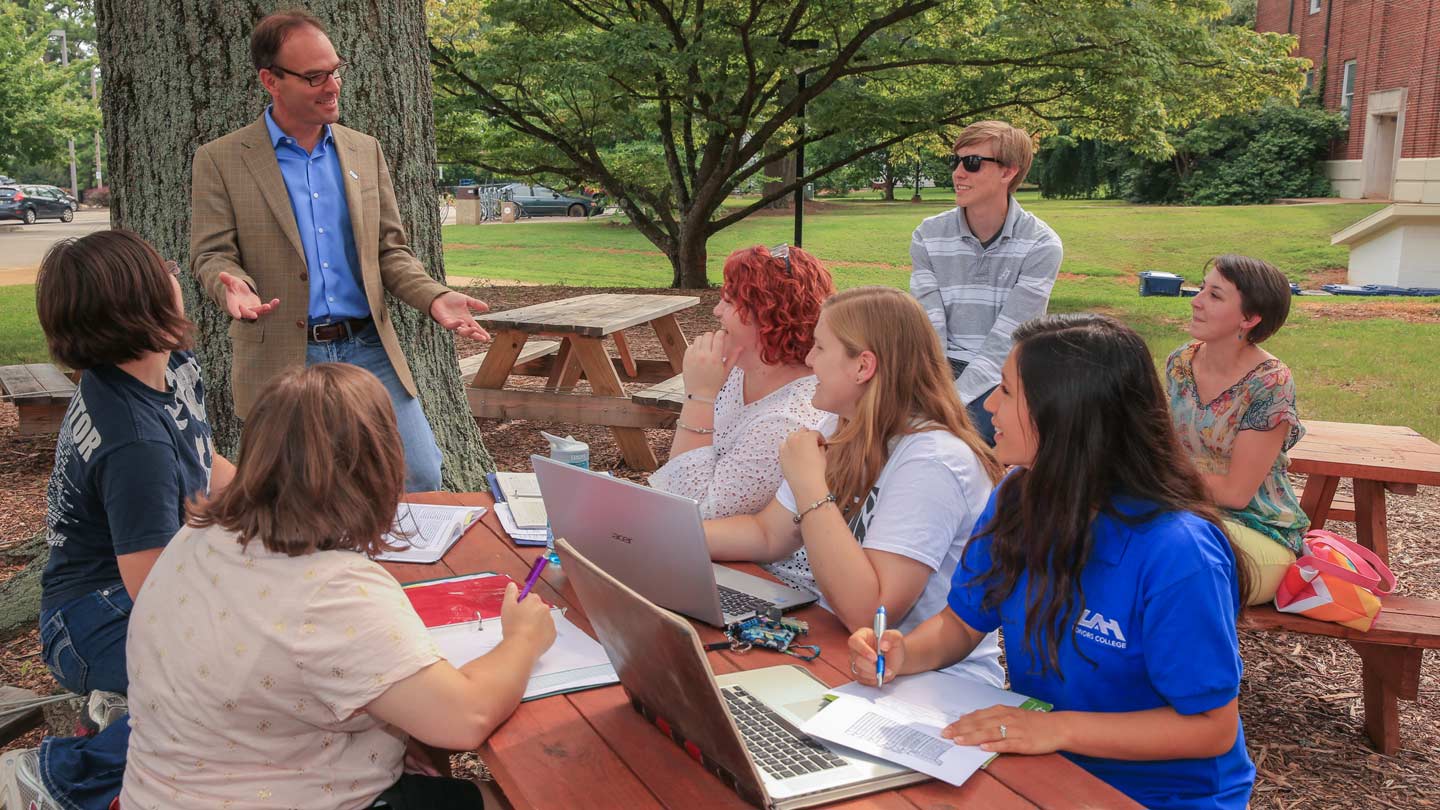 From his sunny, book-lined office in the heart of the Honors Community in Frank Franz Hall, Dr. William Wilkerson reflects back on his first year as Dean of the new College. "I've really enjoyed it," he says. "It's grown so much from the program that it once was, and it's gratifying to be able to see many of the initiatives I envisioned come to fruition over the last few months."

Indeed, enrollment has grown significantly - more than 225 students make up this year's freshman cohort - and Honors class offerings have followed suit. "We've expanded our self-standing sections so that we now have enough courses for all of our Honors students to be able to take one and sometimes two per semester in addition to their non-Honors course load," he says.

Based on how far we’ve already come, I can see UAH’s Honors College more than holding its own among the small elites as we move into the future.

Similar to the classes they would normally take, these Honors seminars are smaller and more enhanced, with a focus on reasoning and critical thinking. Students are required to take 24 credit hours over the course of their academic career, but most, says Dr. Wilkerson, "will take a lot more." The program then culminates in a capstone course, for which students can choose to do either a thesis or a project.

"It's a great opportunity for the students to conduct independent research while at the same time benefiting from the individualized attention that their advisor can give them," he says. "And because the students are free to pursue their passion regardless of their major, the results are often interdisciplinary in scope. I've been so impressed."

To supplement their classroom learning, Honors students are encouraged to live in Frank Franz Hall, which is staffed by residence assistants who are themselves Honors students. "It adds another layer of support," says Dr. Wilkerson. But no matter whey they live, they all have access to the residence hall's shared study space and dedicated computer lab, and can take part in the specialized academic and social programming that takes place there. 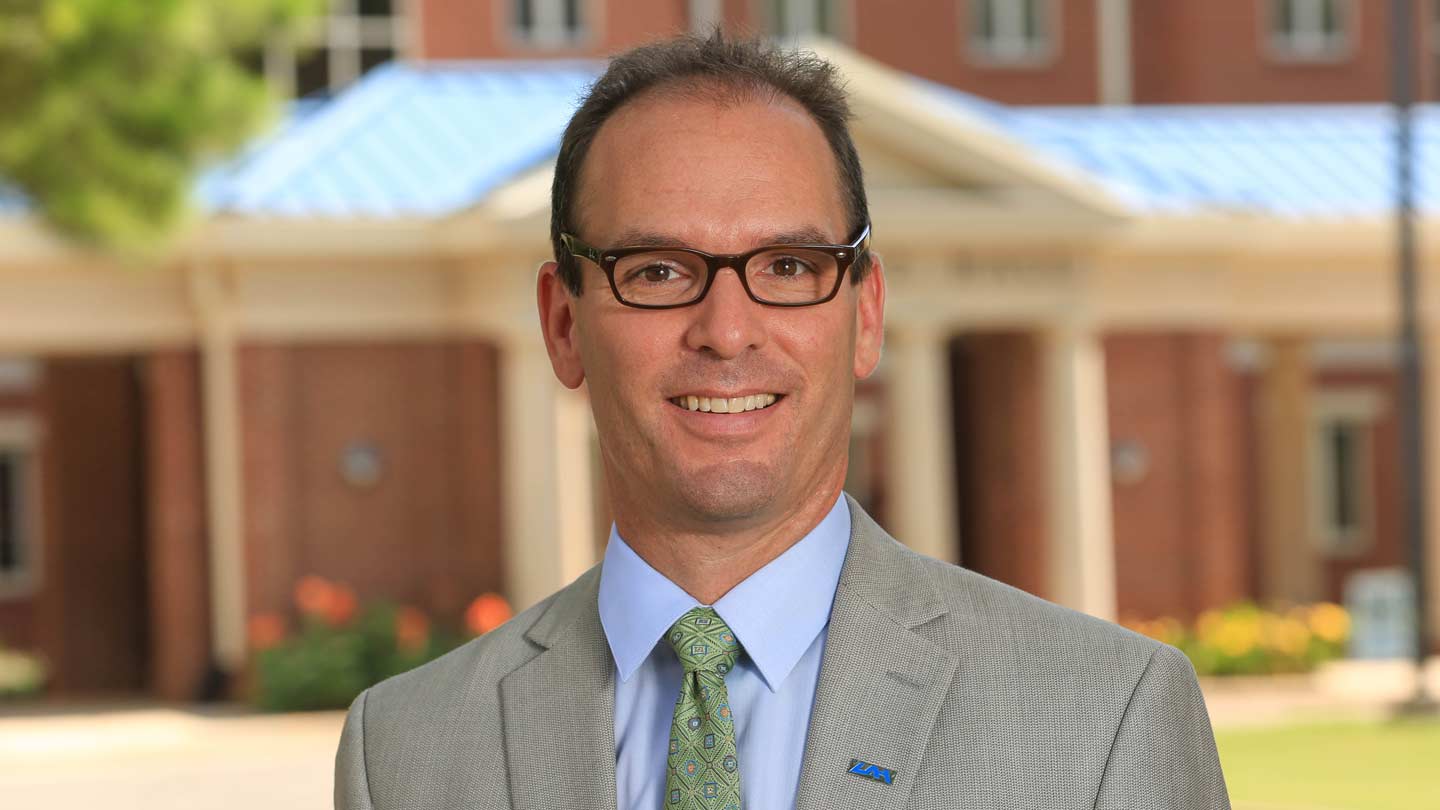 As he moves into his second year as dean, Dr. Wilkerson's ultimate goal is to grow the number of UAH's Honors students to 10% of the total undergraduate population - and he's already working on several strategies to do so. These include a greater range of recruiting, continuing the expansion of course offerings, increasing study-abroad opportunities, and further integrating the Honors Community's extracurricular programming with the students' classroom curriculum.

"We're not going to sacrifice the quality of the program to get to that number," he says. "But it's important to us to mature as a college." After all, a successful Honors College - and particularly one like UAH's, which offers unparalleled research opportunities to its undergraduates - can attract talent from all over the country.

For now, though, he's pleased to be embarking on an exciting new year that further solidifies the College's growing reputation as an academic leader both on campus and well beyond. "Based on how far we've already come," he says, "I can see UAH's Honors College more than holding its own among the small elites as we move into the future."