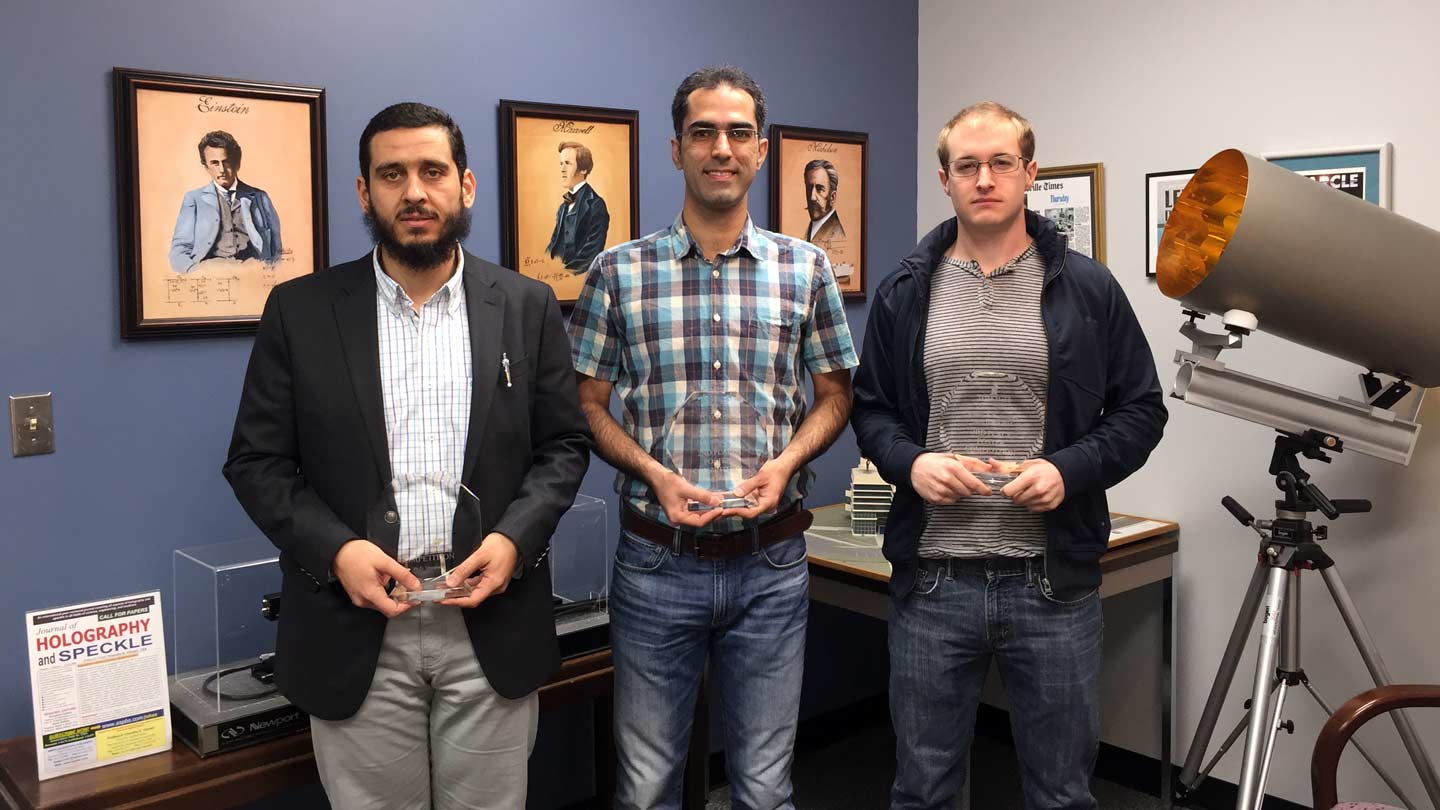 Three Ph.D. students in Electrical & Computer Engineering from The University of Alabama in Huntsville (UAH) earned top honors for their poster presentations at the 2015 Science & Technology Open House, held last week at the Renaissance Hotel in Montgomery, Ala.

Abubaker Tareki took home first prize and a cash award of $1000 for his poster, "Enhancing Nano/Bio Sensors in the Terahertz Regime via Research in Tunable Metamaterials Using Liquid Crystals."

"It was really great to have the opportunity to present my research work and to represent UAH," said Tareki of the experience. "I was pleased that my research was recognized by the judges. I want to thank everybody at UAH for their support and help, and in particular, my advisor Dr. Robert Lindquist and Dr. Junpeng Guo."

And William Gaillard took home third prize and a cash award of $600 for his poster, "Microfluidic Reactor Development for Oligonucleotide Synthesis."

More than 110 students at both the undergraduate and graduate level from nine Alabama counties took part in the competition, which was judged by representatives from over 17 industries.

The Open House was hosted jointly by Tuskegee University and the Alabama Experimental Program to Stimulate Competitive Research (ALEPSCoR). Funded by a National Science Foundation Research Infrastructure Improvement award, ALEPSCoR is a statewide consortium of multiple institutions dedicated to establishing a nano/bio science and sensor research and education infrastructure in Alabama.