UAH club a breath of fresh air for outdoor enthusiasts 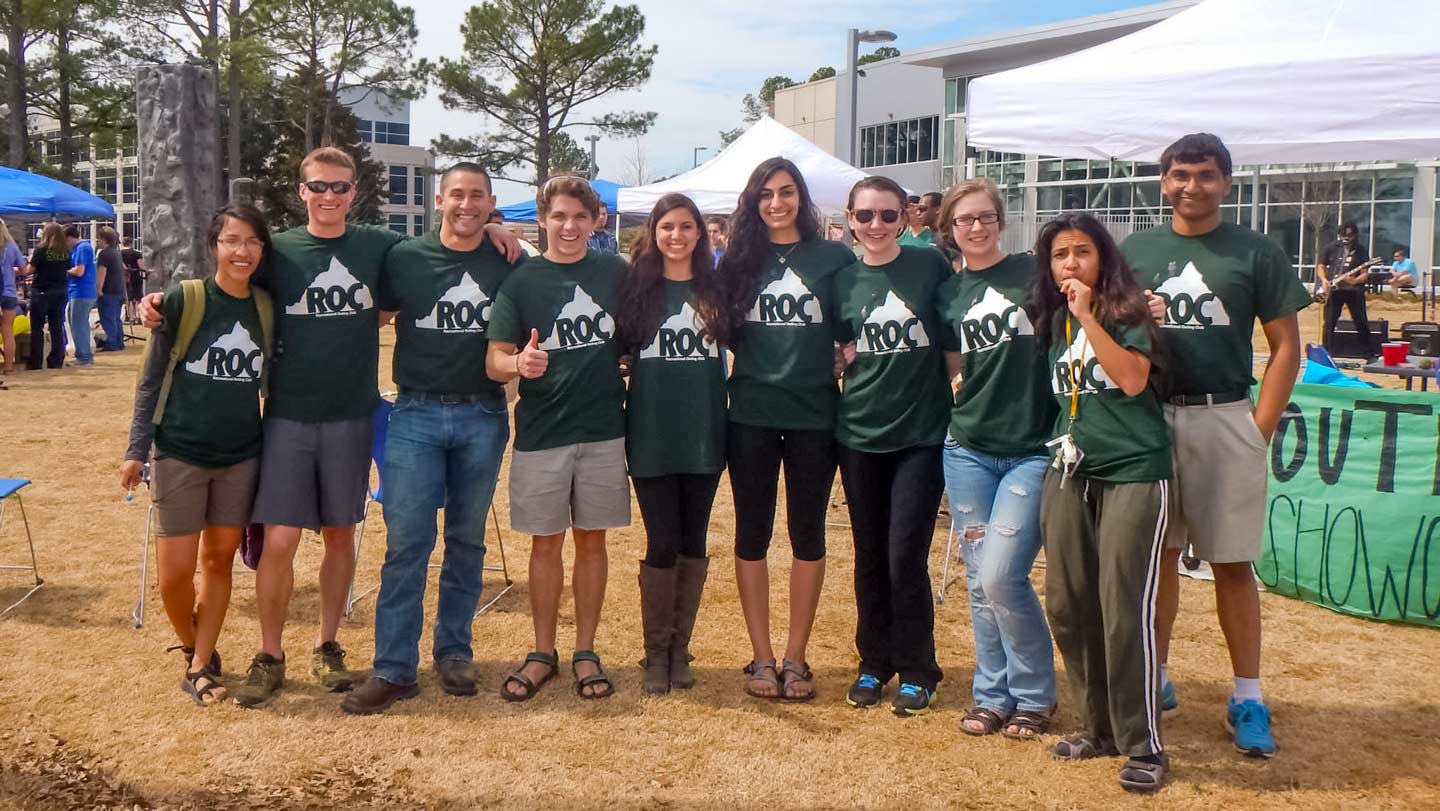 ROC president Jeff Wilson (fourth from left) joined fellow members at the Outdoor Showcase held this past spring at the Charger Union.

College can be a stressful place, which is why the Recreational Outing Club (ROC) at The University of Alabama in Huntsville (UAH) offers students a great way to escape - literally! Founded two years ago, the club coordinates camping, hiking, caving, and whitewater rafting trips for UAH students and the community at large.

"We welcome anyone who is interested in outdoor activities," says club president Jeff Wilson, a senior biology major from Tupelo, Miss. And no experience or special skills are required. "We're not very gung-ho or hardcore about it, so people shouldn't be intimidated by our outdoor adventures."

We’re not very gung-ho or hardcore about it, so people shouldn’t be intimidated by our outdoor adventures.

Each semester's trips are planned and announced in advance, and include a monthly "Hike Around Huntsville." Destinations are usually within "an hour-and-a-half bubble" of the city, says Wilson, like Monte Sano and Rainbow Mountain. But others are farther afield to regional and even national natural attractions.

This past spring, for example, members went cave spelunking at Tumbling Rock and tackled a high ropes challenge and climbing tower at Deer Run Retreat. "We also had about 15 members go whitewater rafting on the Nantahala River, and then we camped out on the campgrounds," says Wilson.

The club's trips are open to members and non-members alike, but membership does come with benefits. Dues are only $25 per year and trips with any associated costs are pro-rated. Members also receive a 25% discount at club-sponsor Mountain High Outfitters.

Of course more members would mean lower costs for everyone, so emphasis is now on growing the ROC. Earlier this year, the club partnered with the UAH Green Club, the UAH Cycling Club, and other outdoor-based student-run clubs to host an Outdoor Showcase, and they're planning to do more of the same going forward.

"In our rapidly shrinking world and increasingly fast-paced society," says Wilson, "we want to show the students of this university the places around us where time seems to stand still and where for a few moments we can too."