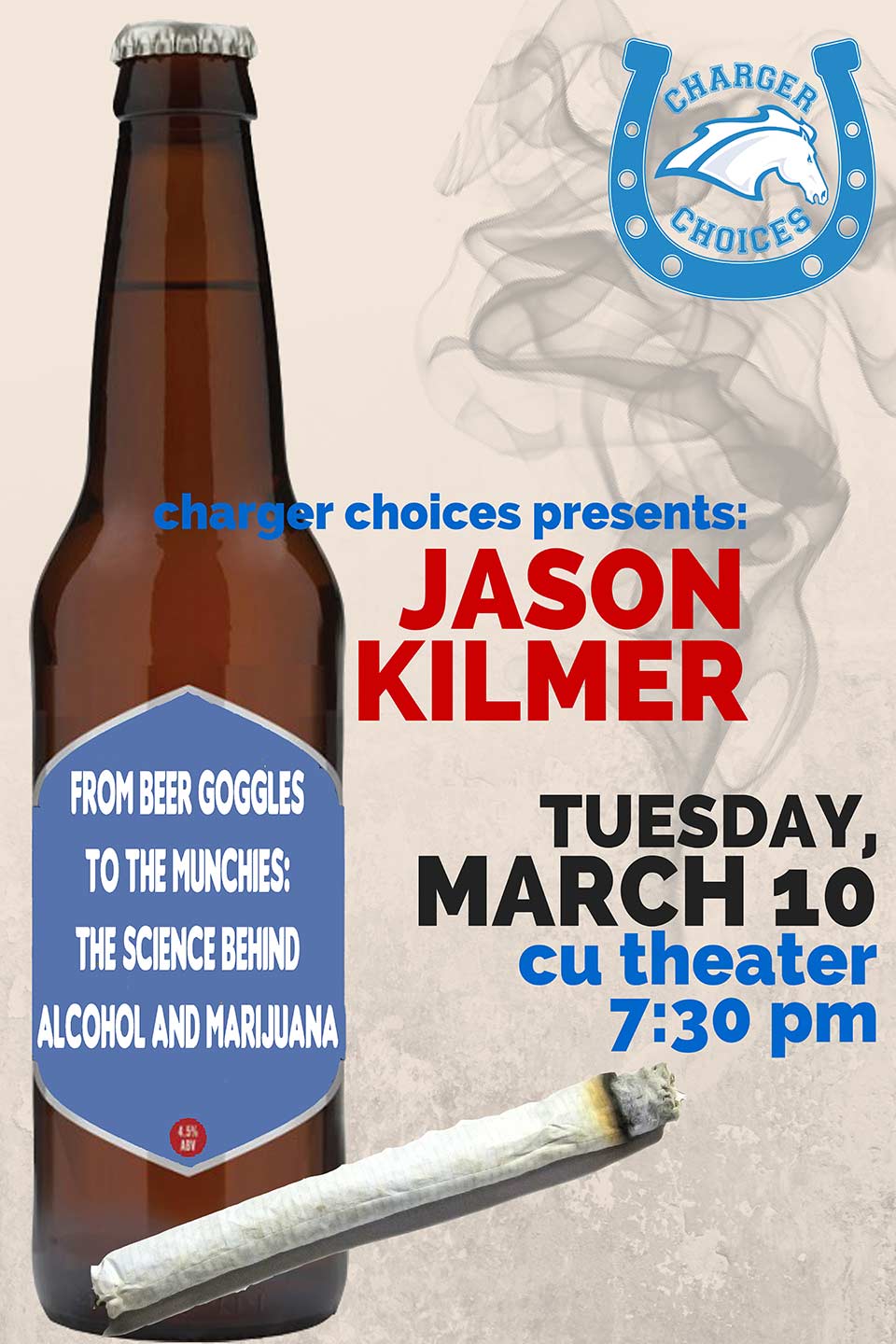 Kilmer's talk entitled "From Beer Goggles to the Munchies: The Science Behind Alcohol and Marijuana," will be presented at 7:30 p.m., in the UAH Charger Union Theater. Kilmer's visit is sponsored by the UAH Charger Choices. The event is free and open to the public.

Dr. Jason Kilmer is assistant professor in Psychiatry and Behavioral Sciences at the University of Washington (UW). At UW he works in both a student affairs and a research capacity. He serves as an investigator on several studies evaluating prevention and intervention efforts for alcohol and other drug use by college students.

Additionally, he is the assistant director of Health and Wellness for Alcohol and Other Drug Education in the Division of Student Life, working with different areas across campus (including health, counseling, Greek life, residence life, and athletics) to increase student access to evidence-based approaches.

Kilmer also serves as the chairperson of UW's College Coalition for Substance Abuse Prevention. He was project faculty for both Dartmouth’s National College Health Improvement Program, and the National College Depression Partnership. He was the 2014 recipient of the National Prevention Network’s Award of Excellence for outstanding contributions to the field of prevention. He has been doing research on prevention of high-risk drinking and has worked in the delivery of evidence-based approaches to students for over 20 years.

Kilmer received his Ph.D. in Clinical Psychology from the University of Washington.

The UAH Charger Choices partners with other campus groups to create comprehensive, student-driven educational projects that help students make better “CHOICES” — choices that are legal, healthy, appropriate, and safe. The UAH Athletic Department, in partnership with the Division of Student Affairs, University Housing, and Campus Police, are committed to campus-wide efforts to reduce alcohol misuse.

Below are some of the most recent statistics on the consequences of college drinking provided by The National Institute on Alcohol Abuse and Alcoholism: