UAH/CCI to sponsor 2018 Be The Match Donor Drive 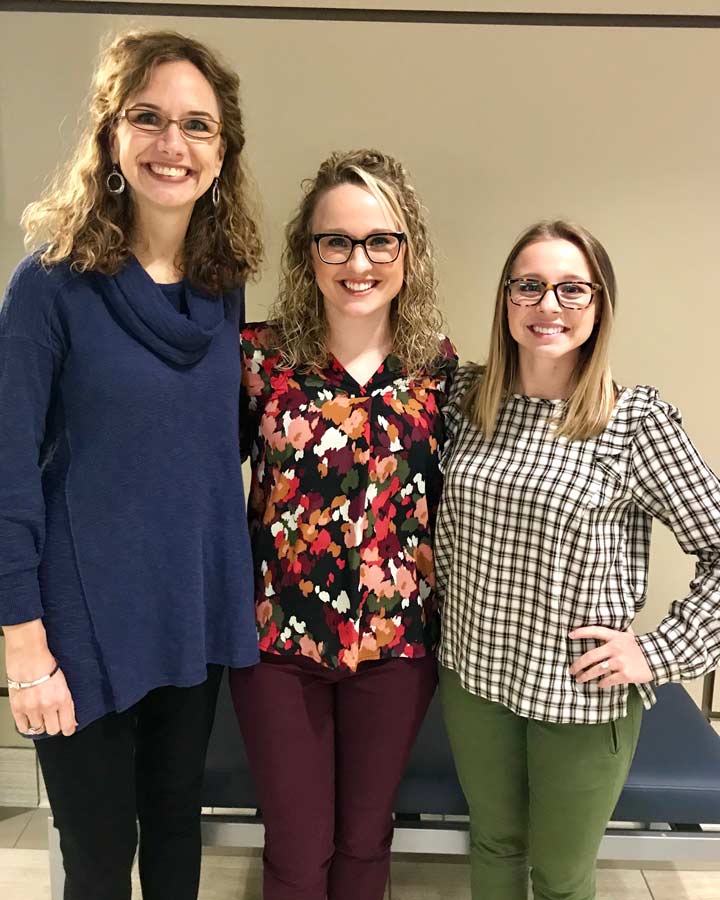 Jessica Barre’s (’15 MSN) stirring memory of a close friend dying of leukemia was all it took for her to join the Be The Match® Donor Registry. "I did it in memory of his life. I felt that having the opportunity to donate a second chance at life to someone in need would be a privilege – donation is such an easy thing to do," she said.

Barre, a graduate of The University of Alabama in Huntsville’s (UAH) College of Nursing, joined the national bone marrow registry the first day the university and Clearview Cancer Institute (CCI) partnered to sponsor the life-saving event nearly four years ago.

According to CCI Director of Special Events, Jill Wilson, nearly 400 donors have been added to the national registry since 2015 when the two institutions began co-sponsoring the annual event.

The drives will be manned by UAH nursing students who are members of the Association of Nursing Students (ANS) and by a representative from Be The Match. At donor registry drives there is a focus on recruiting new registry members ages 18 to 44. This is based on medical research that shows younger donors are best for patients and provide the greatest chance for transplant success.

Barre’s marrow was a successful match with a patient diagnosed with leukemia. "After receiving a call notifying me that I had been ‘matched’ with someone who has leukemia, I completed a medical questionnaire over the phone with a Be The Match associate," Barre said. Once the questionnaire was completed, the patient’s physician made the determination if Barre would be a possible stem cell donor for the patient.

"It was deemed that I would fit as a donor for this patient. Next a physical examination with blood work was scheduled," she explained. "The purpose of the lab work was to check for any serious infections or diseases that could harm the recipient. Once my medical work-up was cleared, the dates of donation were confirmed.

"The Be The Match team was amazing to work with," said Barre. "One donor representative stayed in contact with me, keeping me up to date with the status of the entire process. She set up all appointments according to my schedule…finding the nearest locations to make it more convenient for me."

Be The Match paid all of Barre’s expenses leading up to the day of the stem cell donation. Expenses covered included mileage incurred going to the clinic for examinations and blood work, airline tickets for Barre and her mother to go to the Apheresis Center in Washington, D.C. for the donation and lodging. Barre noted the organization never pays donors for their bone marrow donation.

On the day of donation Barre was able to relax for nearly five hours while the procedure took place. An Apheresis machine, separated her blood and stem cells needed for donation. "The unused blood was returned to me through a separate IV. During the entire process I didn’t have any pain. My mother and I watched a few movies and I took a nap, without any issues."

Barre said after the donation, a big lunch, and another small nap, she was able to walk through the Washington, D.C. National Mall viewing the national monuments without any pain or difficulty.

A native of Pisgah, AL, Barre graduated from the local high school. Barre and her husband moved to Nashville, TN, after she graduated from UAH in 2015. She is employed as a family nurse practitioner at Saint Thomas Medical Partners.