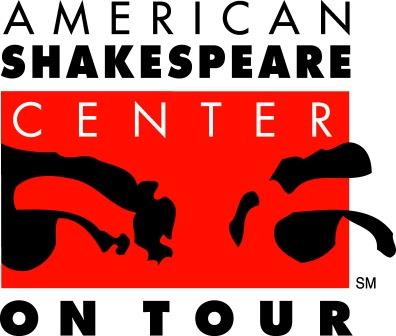 HUNTSVILLE, Ala. (Jan. 20, 2014) - For the first time, William Shakespeare's Othello, will be performed on the campus of The University of Alabama in Huntsville (UAH) on Friday, Feb. 7, by the American Shakespeare Center (ASC).

The ASC will also perform two other Shakespeare plays, 1 Henry IV and The Merry Wives of Windsor. All performances and lectures will be presented in the UAH University Center Exhibit Hall beginning at 7 p.m. University faculty members, Dr. Jeffrey Nelson, Dr. Daniel Schenker and Dr. Jerry Mebane, will present a free pre-show lecture at 6 p.m., each night.

"The American Shakespeare Center is a nationally-renowned company, known for their use of Renaissance stage conventions: fast-paced dialogue, minimalist sets, and especially 'universal lighting' - where not only does the audience see the actors, but the actors can see the audience (allowing for interaction) and audience members can see one another (creating a shared experience)," said Dr. Jeffrey Nelson, associate professor of English at UAH. "Even in the tragedies, the ASC finds the moments of humor created by Shakespeare and thus creates a wonderful tension."

1 Henry IV, performed on Wednesday, Feb. 5, is a popular historical play by Shakespeare written in 1597. It is the second dramatic play of four, dealing with the consecutive reigns of Richard II and Henry IV.

The Merry Wives of Windsor, performed on Thursday, Feb. 6, is considered a great comedy by Shakespeare, first published in 1602. Themes include love, marriage, revenge, class and wealth.

Othello, is considered Shakespeare's greatest tragedy and one of his most controversial works. Othello, the central character in the play is an older man of color, and his wife, Desdemona is a white, Venetian beauty. Ira Aldridge was the first black actor to play Othello in London in 1826. The Shakespearian role was previously performed by white actors in blackface.

"In recent years, the issue of race has emerged at the center of discussions and performances of Othello. The number of academic articles and theatrical performances of the play has increased not only in England and the United States, but in numerous countries through out the world," Nelson said.

The ASC pre-show lectures are sponsored by the Huntsville Literary Association and the English honor society Sigma Tau Delta. All tickets are general admission and may be purchased at the Arts Council, Inc., (256.519.2787), and the UAH English Department (Morton Hall 222; 256.824.6320). Seating for performances is limited to 350 persons per night.

This program has been made possible by grants from the Alabama State Council on the Arts, the National Endowment for the Arts, the UAH College of Liberal Arts, the UAH Humanities Center, and a 2014 Arts and Cultural Grant funded by the City of Huntsville.

For more information, please contact Dr. Jeffrey Nelson at nelsonj@uah.edu. Teachers get a free ticket for every 20 student tickets sold. For specific information about ASC and current productions, you may visit: http://www.americanshakespearecenter.com and click on the link for "ASC on Tour."