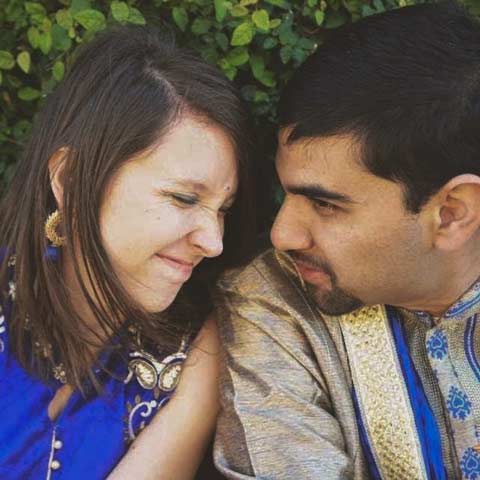 UAH alumni Ravi and Jonna Patel were married on Sept. 4, 2016, in Charleston, SC, with many of their family and UAH friends in attendance. The couple will attend the UAH Charger Amour event on Feb. 24.

"Ravi and I grew to be best friends. We never had a first date because we already had so many great experiences together," Jonna said. "We're still amazed the great friendship turned into a partnership."

Many students go from classmates to soul mates while attending UAH. The 2017 Charger Amour event will celebrate Charger alumni couples with a Mardi Gras-inspired theme on Friday, Feb. 24, from 6 p.m., to 9 p.m., in the university's Conference Training Center Exhibit Hall. UAH couples will enjoy dinner, dancing, and the ChargerWed game where alumni couples will test their knowledge of each other to compete for prizes. Dress for the event is cocktail attire, to RSVP call 256.824.2586 or alumni@uah.edu.

"The UAH Alumni Association is excited to host our second annual Charger Amour. We invite our UAH Alumni Family to come back to campus and celebrate their relationship - not just the one shared by couples but the one all alumni share with their alma mater. Over 3,000 alumni found their match on campus and that is an incredible number when you think about it. UAH is more than brick and mortar; it is a spark for passionate discoveries," said Mallie Hale, Senior Director of UAH Alumni Relations and Executive Director of the Alumni Association.

While at UAH the Patels' interest and involvement in the university was recognized and respected by the administration. Jonna served as President of the Student Government Association (SGA) in 2010. Ravi was elected to serve in the same post for the 2011-2012 academic year. Their shared attributes didn't end there — the two were on the same residence life staff, they both worked on-campus jobs and actively served on the UAH Charger Union building committee. 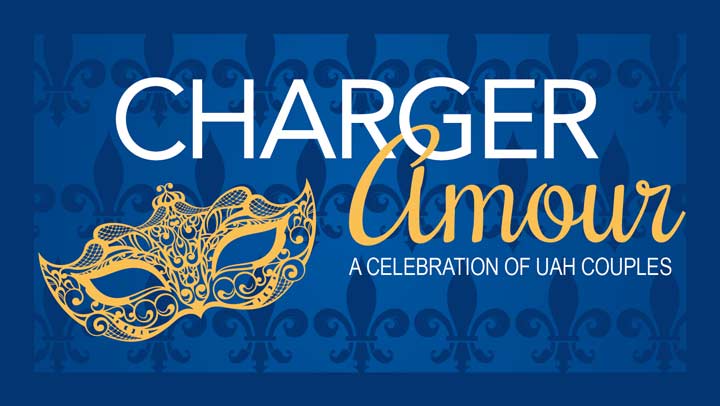 "Ravi and I worked with the Dean of Students at the time, Dr. Regina Young Hyatt, who was our honorary mother at our wedding, as well as other SGA team members. We traveled around the south to view other student unions to get ideas for what would become the Charger Union. From there we worked with the Charger Union committee and architects on displays and visuals to show students and gather their input. Although we were not around when the Charger Union finally opened, we were able to pick out some of the core building pieces and attend the grand opening together in January 2014," she said.

When Jonna made the decision to attend graduate school at The University of West Georgia (UWG), Ravi accepted a job at the Roper Corporation (a wholly owned subsidiary of GE Appliances). The term "long distance relationship" took on a whole new meaning for couple. Over the next two years Ravi and Jonna lived between two to six hours apart in different states. "After a while, Ravi proposed and it was official that the friendship would be lifelong."

Jonna and Ravi married on Sept. 4, 2016, in Charleston, SC, with many of their family and friends in attendance. The Patels' wedding included both a traditional Indian Gujrati ceremony following the Baraat, the groom's parade entrance, as well as, a record seven-minute American ceremony.

"In fact, most of the bridesmaids and groomsmen were our best friends from UAH. These friends made the wedding extra special and showed us all that there is so much more to gain besides a career and life partner from college. The gift of friendship from our time at UAH is what we cherish the most. It was a huge weekend filled with wonderful memories." she said.

Jonna earned a Master's degree in Professional Counseling with Emphasis in College Student Affairs at UWG. She currently serves as Operations Manager for CSL Management, LLC, where she assists with operations and facilities management fraternities and sororities. Ravi is an Industrial Engineer/Supply Chain Management at Roper Corp/GE.

The Patels live in Chattanooga with their dog, Ollie. They love to visit UAH, especially Charger Union. "We love the progress that has been made at the university over the years and hope that student life continues to be a vibrant part of campus."