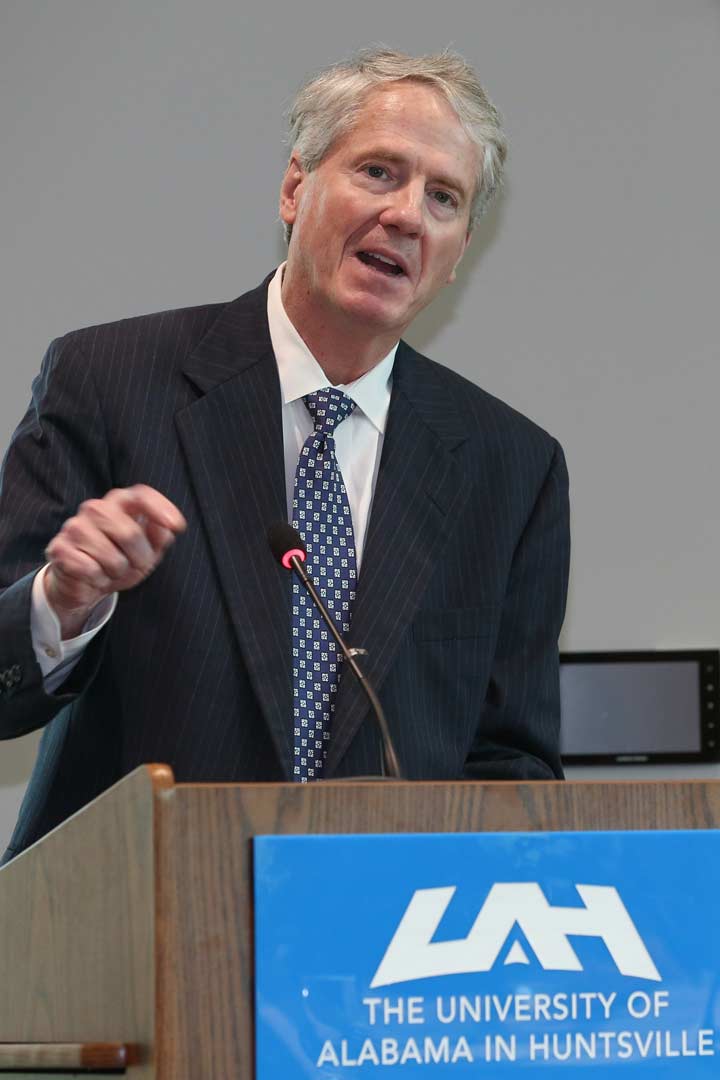 University of Alabama System Chancellor Finis E. St. John IV addresses the Board at the UAH Institutional Board of Trustees, Friday, April 12, 2019.

"For the first time in over 40 years, all three of our campuses will have no tuition increase for Alabama residents," St. John said in remarks at the UAH Institutional Board meeting today.

He said the decision to freeze in-state tuition system wide has been a long desired, yet elusive, goal of the University of Alabama System Board of Trustees. St. John praised campus leadership for their tireless efforts to make the tuition freeze a reality.

St. John had a clear message for students, parents, government leaders and the citizens of Alabama: "We hear the needs of our students and their families, and we will continue to make their concerns our highest priority in the months and years ahead."

The Board of Trustees of the University of Alabama System is responsible for reviewing and approving tuition for the three campuses.