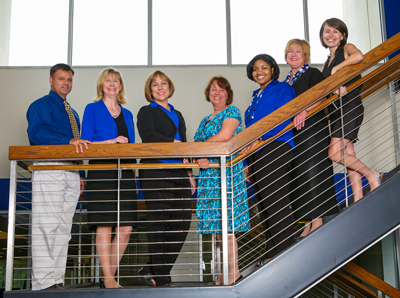 What is driving this increase? Andrew Weaver, Director of Student Financial Services at The University of Alabama in Huntsville (UAH), says two things: the economy and the cost of education.

"When the unemployment rate is higher, people go back to school. And because they're unemployed, they have to borrow," he says. But with every passing year, tuition continues to go up to account for increased operating costs and the reduction in state funding for public universities.

So even though "UAH has made great efforts to keep tuition increases as low as possible," says Weaver, "education costs in Alabama and nationally have outpaced the economic inflation rate."

As if it couldn't get worse, students who rely on subsidized Stafford loans from the federal government were dealt another blow earlier this month, when Congress failed to stop an increase of the student loan interest rate from 3.34% to 6.68% on July 1.

But while this rate hike has dominated the news in recent weeks, it's a problem whose origins actually date back decades, says Weaver. That's when the Higher Education Act of 1965, whose Title IV covers federal financial aid programs, was passed.

"That act gave Congress ultimate oversight, and so it's Congress who specifies how the student loan interest rate will be determined," says Weaver. And several years ago, it was tied to an index that caused it to jump up to 6.68%.

"The president at the time, George W. Bush, issued a proposal to lower the rate over a period of years and then level out at 3.34%," says Weaver. "But to get it passed, he had to put in a sunset provision."

We’re not just providing need-based aid. We work with students across the financial spectrum.

The sunset provision stipulated that, unless Congress changed the law, the student loan interest rate would revert back to 6.68% on July 1, 2013. And of course, as we know, that is exactly what happened this past July.

But as gloomy as this all sounds, says Weaver, the truth is that it's unlikely to impact most students in the long run. For those who signed a fixed rate loan before July 1, for example, there is absolutely no impact. And for the rest, "the interest doesn't kick in until you leave school and enter repayment," he says.

Here's where it gets a little more complex, however. "Say a student takes out a loan for the fall term and drops out of classes," says Weaver. "Then they go into immediate repayment, and in that case, the student is stuck with that 6.68% rate."

Fortunately, this is a possibility that the federal government is both aware of and prepared for. "They have calculated the default rate for each school, and schools that have a high default rate are required to disburse the loans 30 days after the start of classes," he says.

And even though UAH is below both the state and national average default rate, the first disbursement still won't occur "until the beginning of classes in August," says Weaver. "So if we can get the law changed before that, it's fine."

If not? Weaver isn't worried - yet. "We'll have a compromise that is favorable to students without breaking the federal treasury," he says. "And most likely whatever they come up with will be retroactive, so any student who took out a loan on or after July 1 will benefit."

But whatever happens, Weaver says the student loan interest rate should never be the final determinant when it comes to borrowing money. "My fear is students will see this in the news and think, 'I won't bother to apply because it's too expensive'," he says, "They'll make uninformed decisions, because the rates aren't the whole picture."

Instead, there are private loans, need-based loans, grants, scholarships, veterans' benefits, and a host of other options. "And we're not just providing need-based aid," says Weaver. "We work with students across the financial spectrum." All they have to do is stop by the Student Financial Services Office.

And Weaver should know. Like the 60% of students today who rely on loans to pay for their education, he too depended on financial aid as a UAH student. "So I don't want students to be afraid to see us," he says. "We have some really dedicated wonderful people who work in the office."