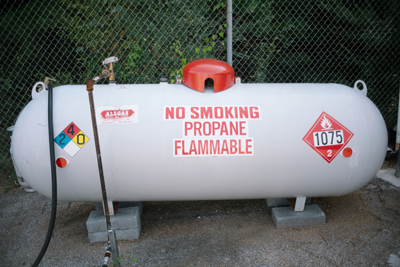 HUNTSVILLE, Ala. (September 13, 2013) - The campus of The University of Alabama in Huntsville (UAH) covers more than 400 sprawling acres. For students, that means plenty of green space to relax and study. But for UAH's Grounds Management? It just means plenty of grass to mow!

"Our mowers and vehicles go through around 300 gallons of fuel every 2 weeks," says Robert Redmon, Director of Grounds Management. And we all know how much gas costs these days. So it only made sense to start looking into other options, which is what Redmon did this past spring.

With the help of Allgas, Inc., ten of UAH's mowers and utility vehicles were converted to propane at no cost and a 500-gallon tank of propane was moved on site. And already, says Redmon, they're seeing results on the bottom line. "It adds up to a savings of about $4,200 every 7 months," says Redmon.

How? Because not only is propane more than $1 cheaper than gas, but it's just as efficient. "And because propane is clean burning," he continues, "we get an entire season of 6 to 7 months on just one oil change as compared with monthly oil changes with gasoline." 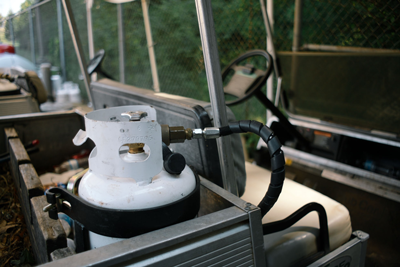 Thus, given the success the initiative has seen so far, Redmon says he plans to convert an additional seven vehicles to propane in the coming months. So the next time you find a shady patch of UAH grass to stretch out on, remember: it's even greener than you realize!