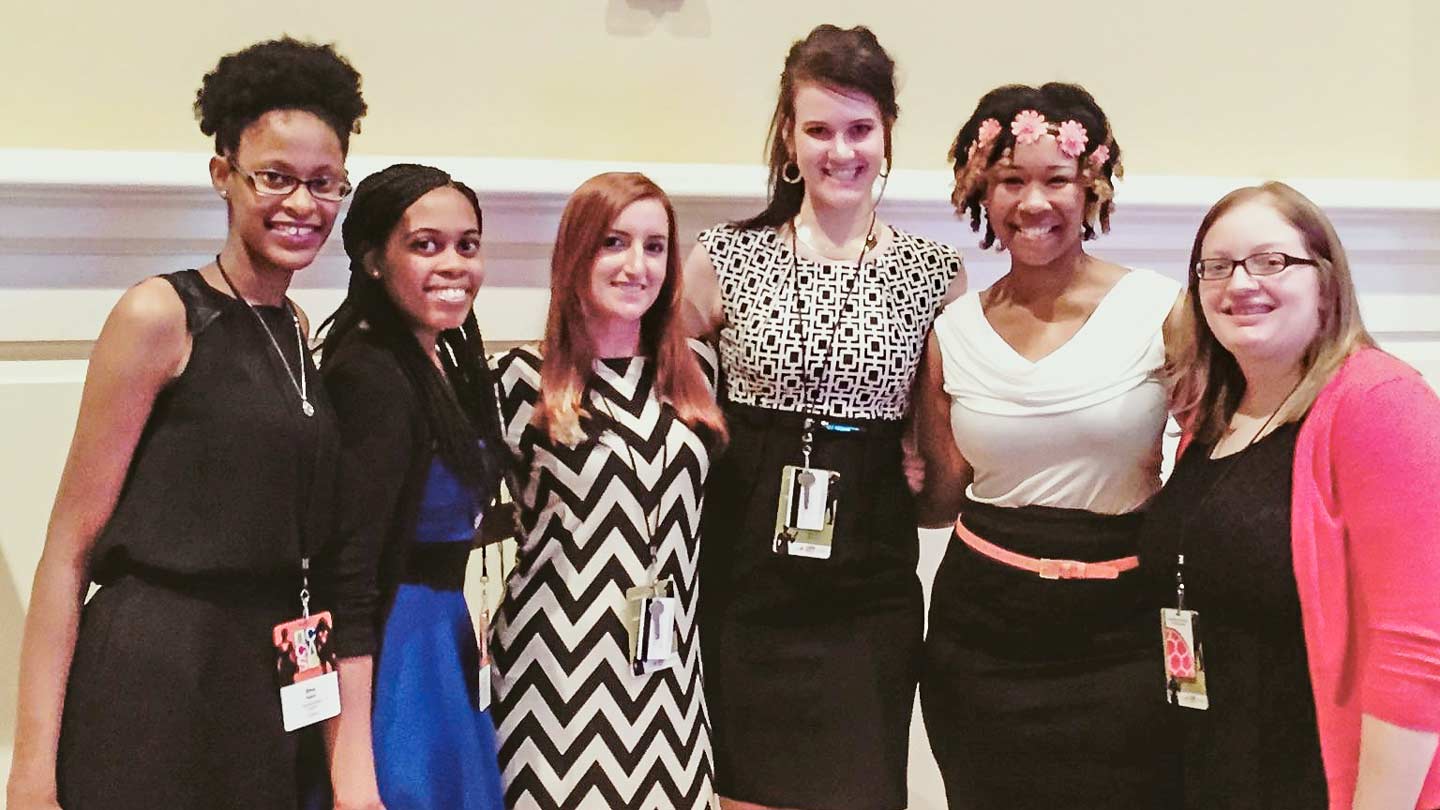 To enable the women to participate, each student received a national scholarship from the American Association of University Women (AAUW) to cover registration, lodging, and a portion of their dining expenses. The Huntsville Branch of the AAUW also provided travel support, with the UAH Women's and Gender Studies Program contributing some additional funding.

I believe NCCWSL gave me confidence to challenge problems I face not only as a woman but also as an African American student and employee.

"Attending NCCWSL was an amazing experience that I will never forget!" says Roper. "Instead of your typical step-by-step guide to enjoying the conference, we were given a chance to map out our own travel guide based off the variety of options to choose from." Among her personal highlights, she says, were the "endless networking opportunities" and the conference's D.C. Night Out with tour stops at Union Station and Dupont Circle.

Like Roper, Michael also enjoyed the time she spent in the nation's capital. "My pre-conference activity took me to the U.S. Capitol in Washington, D.C.," she says. "While there I discovered the major influence women have contributed to the growth of politics in this country."

"I was able to build my confidence in what I am able to accomplish not only as a student, but as a woman as well," says Michael. "I concluded the conference with new ways of managing my stress, which will in turn help create a stronger leader within." The same is true of Roper. "I believe NCCWSL gave me confidence to challenge problems I face not only as a woman," she says, "but also as an African American student and employee."

An annual conference for college women that attracts an average of 1000 attendees each year, NCCWSL is sponsored by the AAUW (of which UAH is an institutional member) and the Student Affairs Administrators in Higher Education. It features more than 50 leadership-building sessions, a graduate school and career fair, pre-conference activities, and a special evening honoring inspirational women who are leaders in their field. Among this year's recipients of the Women of Distinction Award were Elizabeth Acevedo, Marcia Ann Gillespie, Lynn Rosenthal, Debbie Sterling, Amanda Simpson, and Miriam Yeung.