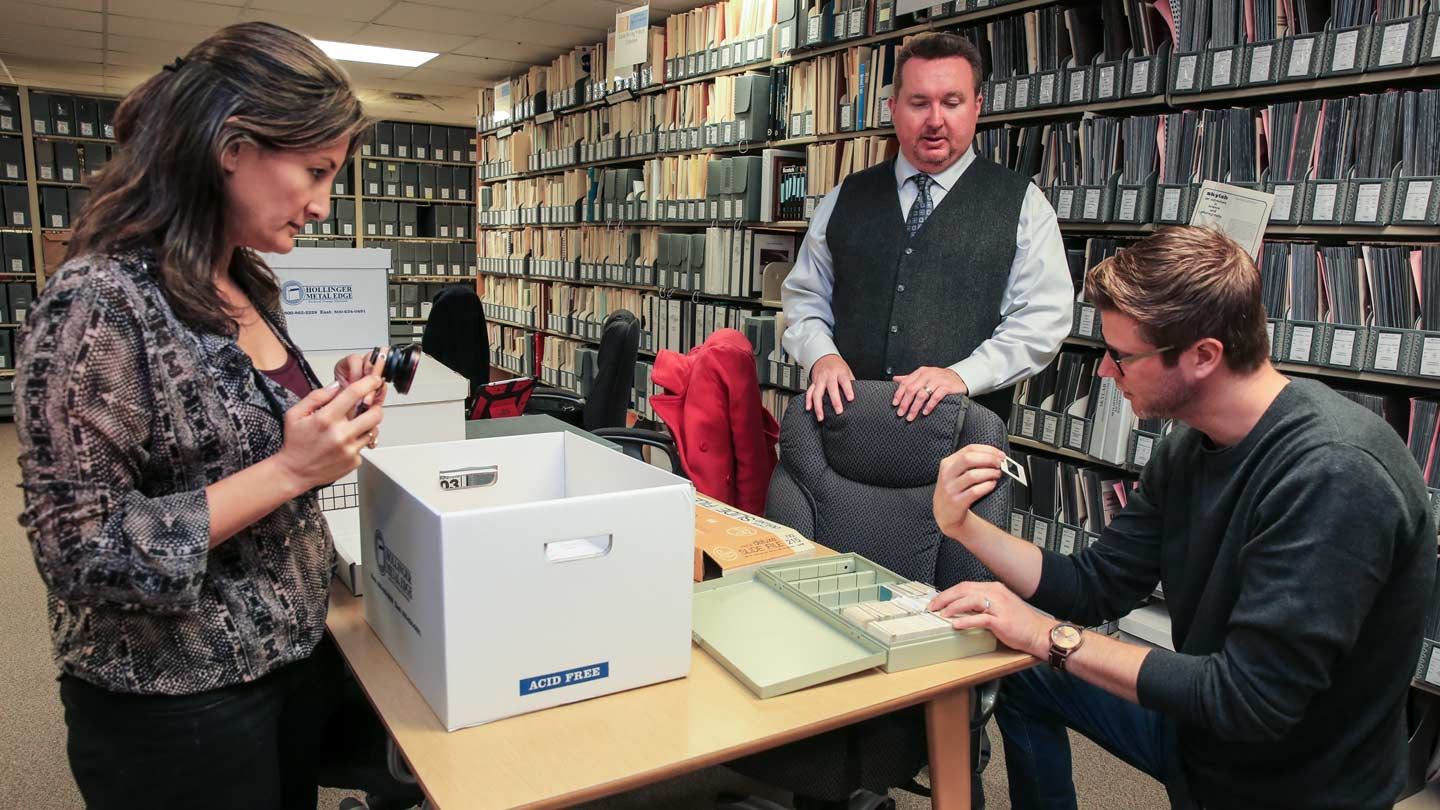 Salmon Library at The University of Alabama in Huntsville (UAH) is playing an important role in a documentary film project focusing on the Apollo spaceflight era.

"When We Were Apollo" is scheduled for completion in time for the 50th anniversary of the first moon landing in 2019. It’s a feature-length documentary exploring the enduring impact of the Apollo space program through the eyes of several extraordinary behind-the-scenes men and women who helped put a man on the moon. They’ll represent the 400,000 men and women who spent the better part of a decade to get the United States to Earth’s planetary neighbor and back.

Salmon Library will be the repository for donated footage and research materials upon completion of the project to ensure they will be preserved and made accessible for present and future generations. The film’s producers expect that a considerable amount of interview footage and materials will not be shown in the two-hour documentary, but it will be accessible through the repository. The library will also have a copy of the finished documentary.

"This project was a natural fit for our space collections, and we are glad to be able to assist the ‘When We Were Apollo’ team as they conduct research for the upcoming film," says Reagan Grimsley, head of special collections at UAH. "Our hope is that the production team will uncover untold stories that others can later use for research."

"We are excited to pay to tribute an era that catapulted the world into a collective journey that secured the greatest achievement in the world when humans landed on the moon," says the film’s director, Zachary Weil. "Through the eyes of several extraordinary behind-the-scenes men and women who helped put a man on the moon, ‘When We Were Apollo’ takes us back to the Apollo space program that galvanized communities and individuals around the country into working together to reach the impossible dream."

The lens of "When We Were Apollo" is focused on the stories of local heroes in communities where Apollo made a direct impact, says co-producer Giovanna Aguilar.

"During our research process, we realized the need to zoom in on to the stories from Huntsville, Ala., because these stories have rarely been heard or shared within the context of the Apollo era," she says. "We reached out to Reagan Grimsley to introduce him to our film and as part of our effort to engage with the local community."

Grimsley has become an avid supporter of the film, according to Aguilar, providing access to the Salmon Library and its extensive and invaluable collections. Grimsley connected the filmmakers with Alabama A&M University and Marshall Space Flight Center, as well.

"UAH began documenting Apollo in the 1960s as a grant partner with NASA, which was the origin of our Saturn V Collection," Grimsley says.

"Dave Christensen worked on that first project, and later donated his extensive personal collection to UAH," Grimsley says. "Dr. Charles Lundquist conducted dozens of interviews with Apollo alumni, and collected nearly 100 cubic feet of space-related material, all of which are excellent source material for this type of project."

"We see the Salmon Library as a media partner and direct resource working with us to secure relevant material to present an honest and factual-based documentary around interviews and material we can share with the library," says co-producer John Filson.

The documentary is planned as the launch pad for a comprehensive educational outreach and content component.

"Throughout our research and production phases, we will be curating multimedia content that can serve curricula across academia in history, science, and technology, engineering and mathematics (STEM)," says Weil.

"In addition, we are open to working with universities, specifically the University of Alabama in Huntsville, to both identify and complement educational projects related to the Apollo era and its respective communities," Aguilar says. "We aim to position our film across libraries around the country, and with a special dedication to the Salmon Library, where we would love to launch a special screening dedicated to the university and open to students."

Once the educational plan has been completed, it will be shared at the "When We Were Apollo" website.

"The team of ‘When We Were Apollo’ is incredibly grateful and indebted to the generosity of The Salmon Library and UAH, and the support of Reagan Grimsley, who has welcomed this independent film with open arms and a warm heart," Filson says. "The spirit of Apollo is alive in Huntsville and we, as storytellers, are eager to share how dreamers – local heroes – from the Apollo era led a collective effort that took humanity leaps forward into space exploration and limitless accomplishments."