Organization a “taste of home” for Hispanic students at UAH 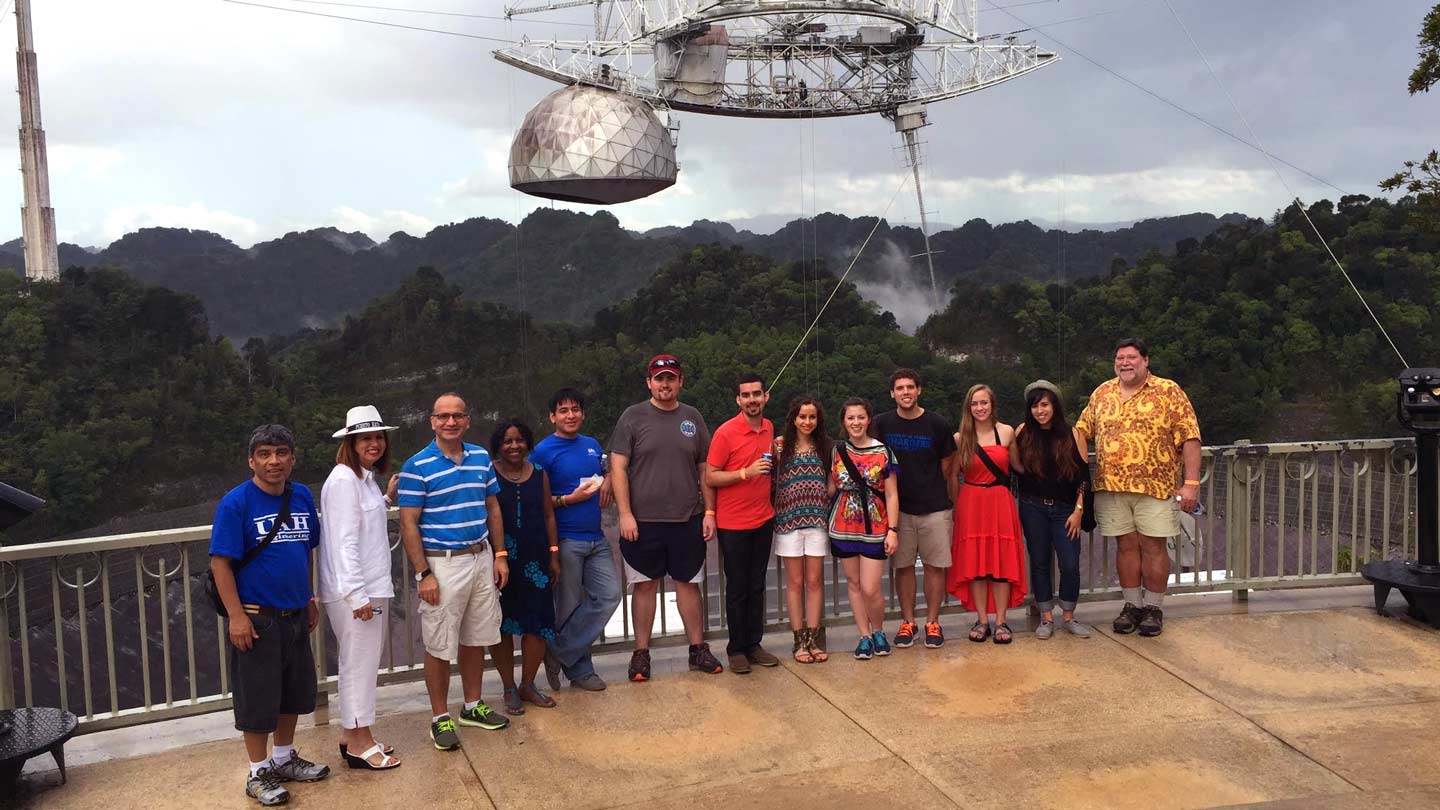 Although the Hispanic population at The University of Alabama in Huntsville (UAH) is under five percent, there is still a diverse Hispanic community on campus consisting of Mexicans, Puerto Ricans, Peruvians, Colombians, and more. However, until 2013, there was nothing to represent or advocate for the university's Hispanic student body. That was when Maria Torres, biology and chemistry double major, took the initiative to start an organization that would do just that.

Torres and three other students spent the next few months establishing the Hispanic Student Organization (HSO). "Our goal was to give Hispanic students a taste of home, far away from home," says Torres, who now serves as the organization's president. But the HSO isn't just for Hispanic students; it's open to anyone. "We don't focus on the Spanish language, so you don't have to speak Spanish or be Hispanic to join," says the Harvest, Ala., native. "We focus on the Hispanic culture."

Outreach is an important component of the group's mission. With the "immense support" of Delois Smith and the Office of Diversity, the group's members have gone to Puerto Rico twice, to recruit students for UAH and to perform community service. "Several universities in Puerto Rico already have strong collaborations with UAH," says Torres, who is bilingual. "During our visit, we were able to not only strengthen those collaborations, but also extend our recruitment efforts to additional communities, especially rural areas."

Our goal was to give Hispanic students a taste of home, far away from home.

While in Puerto Rico, the organization's members visited high schools in the cities of San Juan, Arecibo, Culebra, Fajardo, Río Grande, Humacao, and Mayaguez in the hopes of motivating students there to pursue a college education – ideally at UAH. "We impacted hundreds of students," says Torres. "Many have always dreamed of coming to the U.S. to study, and UAH is definitely opening doors for them."

Each year, the HSO also hosts a salsa event on campus "to bring awareness of Hispanic culture to all of UAH," says Torres. This year's event will be held on Saturday, April 18, at 7 p.m. in the University Center. Its theme? Moonbuggy Salsa, a nod to the NASA Human Rover Exploration Challenge taking place that same weekend. Torres says students participating in the Challenge are invited to attend the event and get a first-hand look at what UAH has to offer.

In a few weeks, Torres will complete her undergraduate career before attending medical school in the fall. But she is optimistic that the organization she helped found will continue to be a "taste of home" for future Hispanic students at UAH. "I hope that when I leave, HSO will continue to grow and positively impact both UAH and the surrounding community," she says.