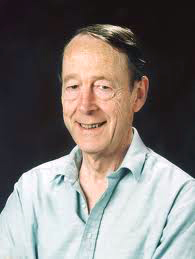 Starting with a description of theoretical physics after World War II, his presentation will cover early gauge theories, obstacles to unification, the development of the idea of spontaneous symmetry breaking into gauge theories and the construction of the unified electroweak model. Professor Kibble will also present a discussion of later developments and the significance of recent discoveries at CERN.

The event will take place Tuesday, October 23, at 2:30 p.m. in the Chan Auditorium within the Business Administration Building. The event is free and open to the public.

Dr. Kibble is professor emeritus at Imperial College in London, and formerly served as chair of Imperial’s physics department. He was also a co-chair of an interdisciplinary research program on cosmology funded by the European Science Foundation from 2001-2005. 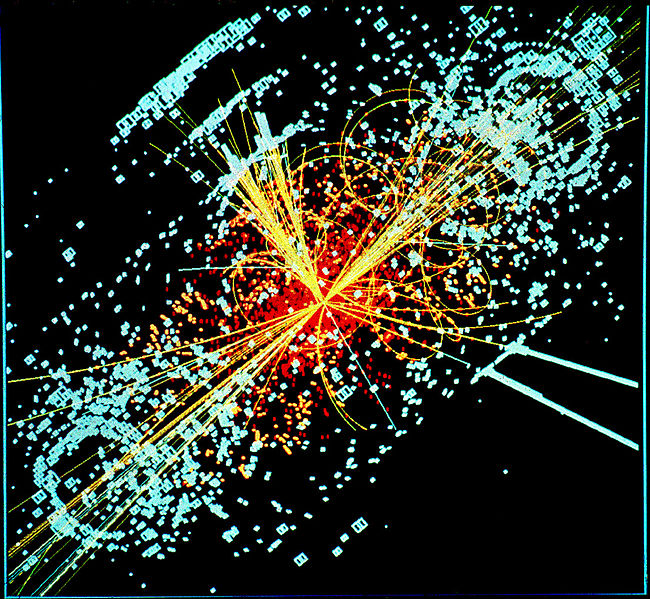 An example of simulated data modeled for the CMS particle detector on the Large Hadron Collider (LHC) at CERN. Here, following a collision of two protons, a Higgs boson is produced which decays into two jets of hadrons and two electrons. The lines represent the possible paths of particles produced by the proton-proton collision in the detector while the energy these particles deposit is shown in blue.