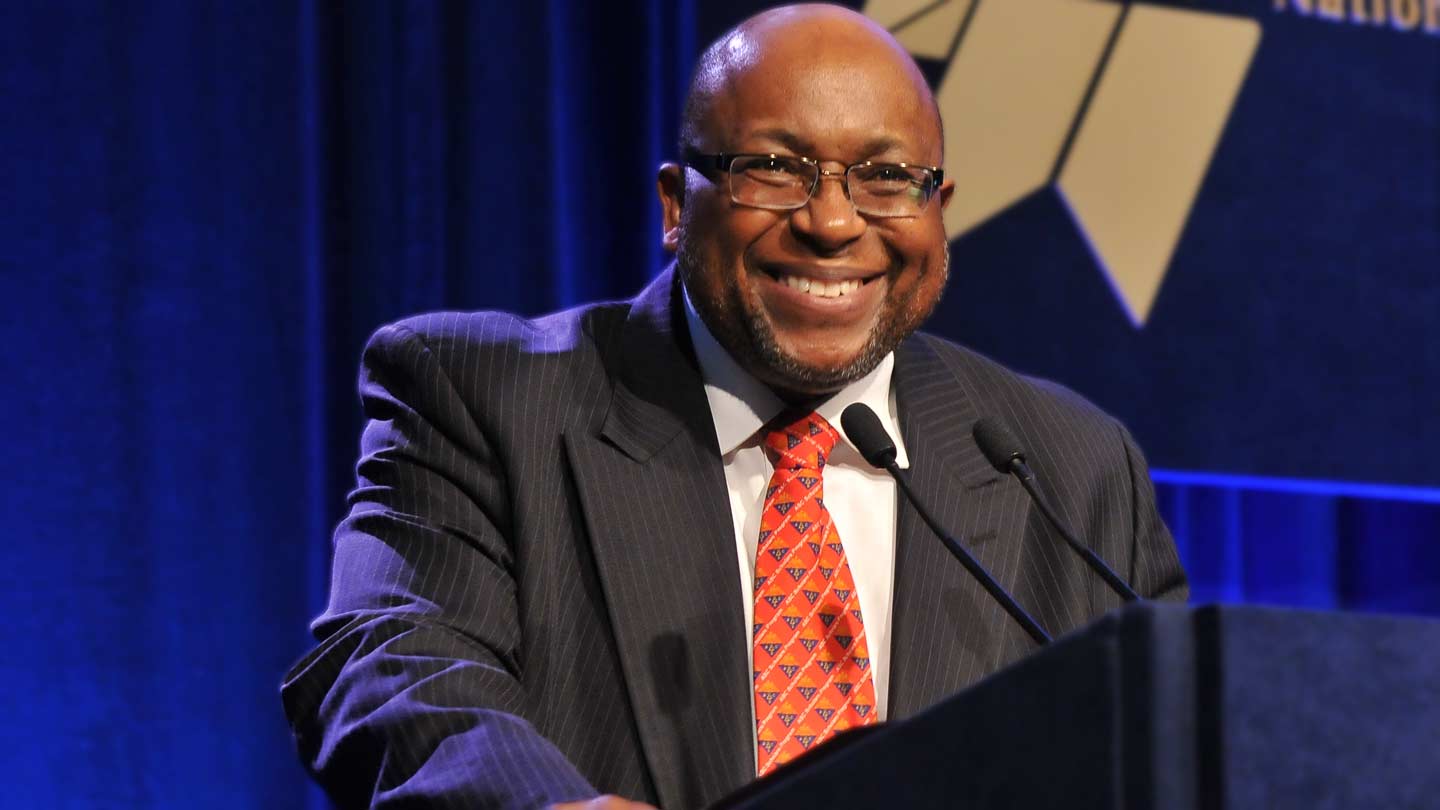 Dr. Willie E. May, Director of the National Institute of Standards and Technology, will give the UAH Fall 2016 Commencement address on Sunday, Dec. 11.

Dr. Willie E. May, Director of the National Institute of Standards and Technology (NIST) will deliver The University of Alabama (UAH) fall commencement address on Sunday, Dec. 11. The ceremony begins at 2 p.m., and will be held in the Von Braun Center Propst Arena (downtown Huntsville).

UAH is expected to award more than 900 diplomas at its fall graduation ceremony — 527 bachelor degrees, 347 master's degrees and 44 doctoral degrees. Dr. May will be awarded an honorary Doctor of Science degree from UAH during the ceremony.

Additionally, on Monday, Dec. 12, Dr. May will give the public seminar "NIST: Who We Are, What We Do, and Why You Should Care," at 10 a.m., in the UAH Charger Union Theater.

• Dr. Willie E. May was confirmed as the 15th director of NIST on May 4, 2015. Founded in 1901, NIST is a non-regulatory federal agency within the U.S. Department of Commerce. The federal agency works with the private sector, other government agencies, and universities to develop and apply the technology, measurements and standards needed for new and improved products and services. NIST's 2016 fiscal year appropriation is ~$1B plus and estimated $50 million in service fees, and ~$120 million for services rendered to other agencies on a cost reimbursable basis.

May has been with NIST since 1971 and led research activities in chemical and biological measurement science activities prior to serving as associate director for laboratory programs and principal deputy to the NIST director. His research at NIST has focused on trace organic analytical measurement science, the physical and chemical properties of organic compounds and liquid chromatography, which is used to identify the components in a mixture. In addition to his responsibilities at NIST, May also serves as the vice president of the International Committee on Weights and Measures (CIPM) and president of the CIPM's Consultative Committee on Metrology in Chemistry and Biology.

May is a graduate of Knoxville College in Tennessee, where he received a B.S. in Chemistry. He earned his Ph.D. in analytical chemistry from the University of Maryland, from which he received the Alumnus of the Year Award from the College of Chemical and Life Sciences in 2007, in addition to numerous industry accolades.