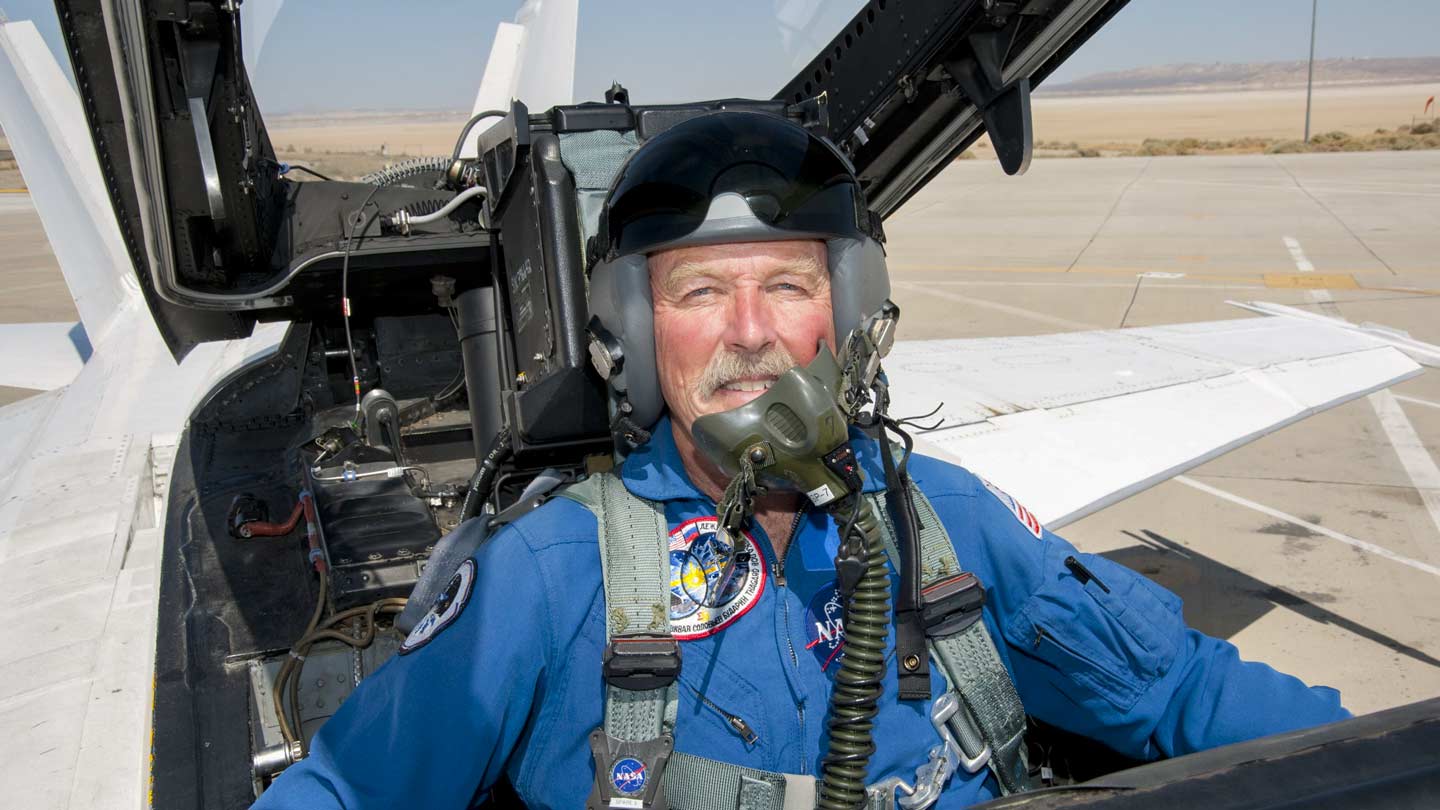 Gibson will speak at 8 p.m., in the UAH Charger Union Theater. There will be a question and answer session after his presentation. The event is free and open to the public. Gibson's visit to UAH is sponsored by the Association of Campus Entertainment.

Robert L. "Hoot" Gibson has been "flying" since he was an infant, and a licensed pilot since the age of 17. "Mom and dad were both pilots, so I grew up with aviation. Dad was a flight instructor and he is the one who taught me how to fly. The experience of flying and controlling an airplane yourself is a real confidence builder and allows you to see the earth from a unique perspective," said Gibson.

"My goals in life had been to be an aeronautical engineer and a test pilot, no doubt because that's what Dad was. He was my real hero growing up and I'm sure that had a lot to do with those goals. It wasn't until the early 70's when I saw artist's concepts of a Space Shuttle that I became interested in being an astronaut. By then I was already a Navy fighter pilot and on my way to Test Pilot School, so it all fit together perfectly for me."

Gibson, is a graduate of the Naval Fighter Weapons School "TOPGUN," and he flew several combat missions in Vietnam.

"I did have some moments of nervousness and apprehension when I flew combat missions in Vietnam," Gibson said. "I suspect anyone who did not feel some of that didn't understand what they were doing. It was also a real challenge to land a jet fighter on an aircraft carrier at night, and that did give you some adrenalin. Going to space was risky, and you weren't certain you would come back alive, but the experience was definitely worth the risk." 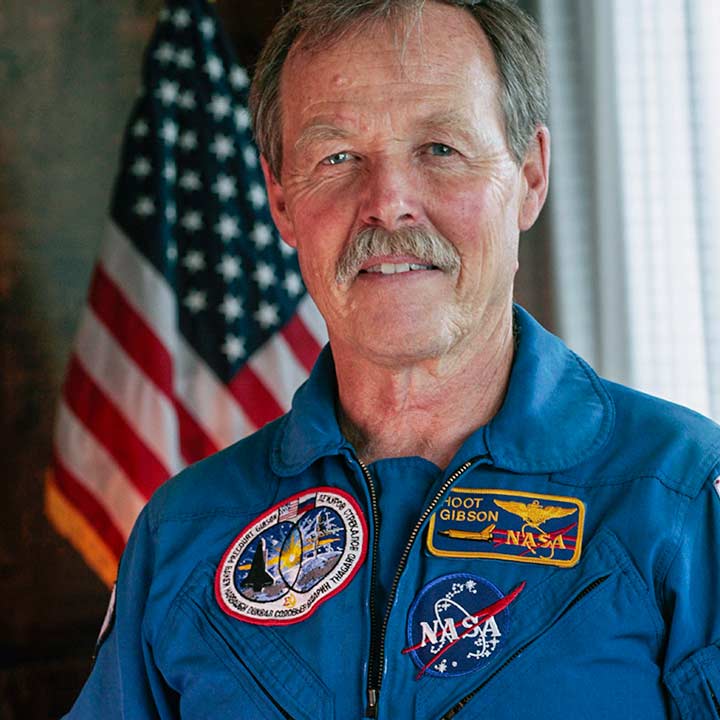 "The five trips to space were about the most exciting thing I've ever done," Gibson said. "It's hard to top being 250 miles above the earth traveling 17,500 miles per hour. My final mission was to the Russian Space Station "Mir" ("World" and "Peace" in Russian) and I performed the first-ever docking by a Space Shuttle."

Gibson served as an investigator on the Space Challenger accident, and participated in the redesign and recertification of the solid rocket boosters. Additionally, he served as the Chief of the Astronaut Office until 1994. Gibson retired from NASA in 1996 to pursue private business interests, and he also became a pilot for Southwest Airlines.

In 2006 Gibson was forced into mandatory retirement as a commercial pilot due to the Federal Aviation Administration's (FAA) "Age 60 rule." Gibson made national headlines when he spoke out against the FAA rule.

According to AvStop.Com (Aviation Online Magazine), Congress raised the retirement limit to age 65 in the Fair Treatment for Experienced Pilots Act or "The Age 65 Law." It allows a pilot who is 60 years old to serve as a passenger airline pilot until the age of 65 - but a pilot age 60 can only serve as a pilot-in-command on international flights if there is another pilot in the flight crew who is younger. Additionally, the law prohibits pilots age 60 to fly unless that person has a first-class medical certificate.

"I was unhappy with our mandatory airline retirement at age 60 in the U. S. when the rest of the world was set at age 65," Gibson said. "It made no sense for America to force pilots into retirement when we have one of the healthiest nations on earth. It had been controlled by airline pilot's unions who wanted their free retirement at 60 and not 65, and they were 'shooting themselves in the foot' because a number of airlines went into bankruptcy and cancelled the retirement plans for a great many pilots," he added. "Only then did they start lobbying for age 65. I was happy that we finally did the right things and mirrored the rest of the world, but in many ways it (retirement) is still arbitrary and not based on medical data."

For Gibson, "retirement" opened up a superabundance of mature life career choices. "I'm still flying today, and just finished racing in the 52nd Reno Championship Air Races." In September, he won the prestigious Unlimited Class Gold Race in "Strega" with a speed of 488.983. The Reno National Championship Air Races is the longest running event of its kind and is the fastest motor sport in the world.

Gibson encourages young people interested in the field of aerospace engineering to "get a lot of education and put your heart and soul into your career. Be prepared for every training event and test along the way. Expect that there might be setbacks along the way, but persistence and perseverance will get you there."

Gibson is an inductee of the U.S. Astronaut Hall of Fame and the National Aviation Hall of Fame. He and his wife, Dr. M. Rhea Seddon, live in Murfreesboro, TN. The couple has four adult children.