In helping others, UAH information systems students help themselves 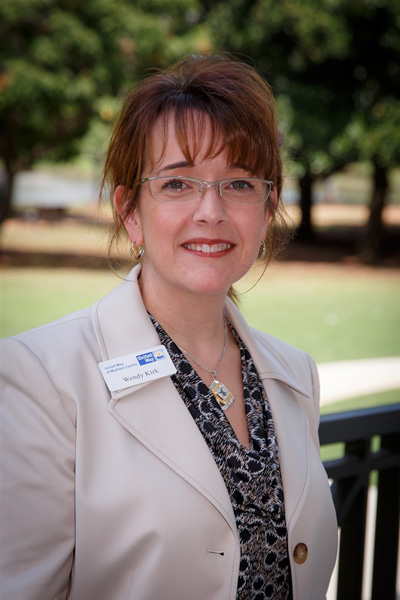 HUNTSVILLE, Ala. (September 17, 2013) - The United Way of Madison County was in desperate need of a new website. But like many nonprofits, they had neither the money nor the time to devote to such a large undertaking.

"It was one of those projects that we just couldn't get to and didn't have the funds for," says President and Chief Executive Officer Wendy J. Kirk. "It's essential for communication and it was in such disrepair, but so many things kept coming up that were a greater need."

So when she found out that the members of the student-run iSystems Club at The University of Alabama in Huntsville (UAH) had agreed to take the project on as part of their iGiveBack program, she was floored. "I honestly thought I was going to weep, I was so excited!" she says.

Founded just last year by current president and UAH senior Kiersten Mace, the iSystems Club is designed to give information systems (IS) majors the opportunity to grow their business, social, and technical skills through hands-on experience.

"When I transferred here, I saw a real need for IS students to network with each other and within the community," says Mace. "So I approached the IS department chair, Dr. Cynthia Gramm, about starting up a club. She was extremely supportive, and Chakri Deverapalli volunteered to be our faculty advisor."

The iGiveBack program then came about, she continues, from an idea she had of doing real-world projects for companies in the Huntsville area. "But Chakri had a whole different take on it," says Mace. "He said, 'Let's use these projects to give back to the community,' so I have to give him full credit."

Just as the club began to consider the question of which local nonprofits to reach out to, however, they were approached by Dr. Caron St. John, Dean of the College of Business and a member of the United Way's Board of Directors.

We hear the term ‘real-world experience’ all the time, but we want to make sure all these IS students actually have it.

"She was in the meeting when they voiced the need for a new website and she thought this would be a great project for the iSystems Club," says Mace. "So we met with Wendy to decide if we wanted to take the project on, and we said, 'Yes, this would be a good opportunity for us'."

That was music to Kirk's ears. "Our website was in such bad shape that I really didn't know if they would want to take on something that great in scope!" she says. "So I was really thrilled when we got the email letting us know they'd accepted."

"I was in charge of meeting with the United Way staffers, conveying their needs to the team, and making sure the project was done correctly," says Gregory, who adds that it was, indeed, a significant undertaking. 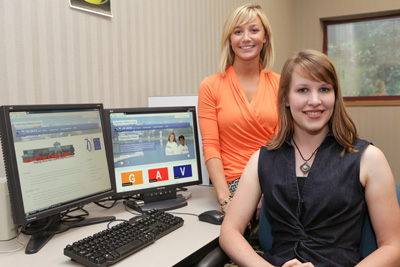 "My goal was to have it done by the end of June, but we ended up presenting it at the beginning of August because the July board meeting got canceled," she says. "I'm grateful I didn't have classes over the summer - I would have died!"

But what seemed like a long time to Gregory appeared quite the opposite to Kirk. "I thought it was phenomenal that this group of brilliant students could create such an amazing website and in the shortest amount of time I could imagine possible!" she says.

And all, she adds, with a budget of zero. "I think we had to upgrade a couple of things with providers, but it cost us virtually nothing," says Kirk. "Not to mention, their work was even better than a professional we would have paid - no doubt about it."

Instead, the club members received payment of another kind - the opportunity for experiential learning that relatively few students ever have. For her part, says Gregory, being project manager taught her necessary, real-world skills like problem solving and delegating. 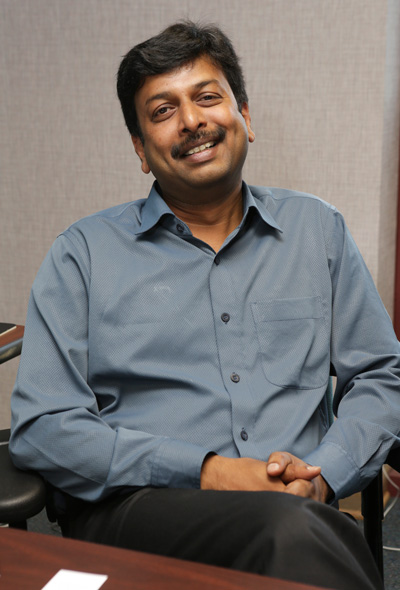 Which are exactly the kinds of things she'll have to do in the workplace, says advisor Deverapalli, who is himself a business owner. "We hear the term 'real-world experience' all the time, but we want to make sure all these IS students actually have it." Now, he says, "no one can say when Rachel graduates that she doesn't have project management experience."

And in today's job market, says CEO Kirk, that's something you can't put a price on. "It's an invaluable real-life real-world experience that can enhance what they're learning in the classroom like nothing else can," she says. "I think that this particular club has the absolute best business model that I've seen."

One more benefit? Being able to help those in need. "There's no greater reward than being able to say I did that, I gave that, I created that for this nonprofit," says Kirk. "Those students are going to have a huge impact on our future ability to spread the word about what we do. It's truly a win-win."

And that, of course, goes back to the whole point of the iGiveBack program. "We got exactly what we wanted from it," says Deverapalli. "Our club members helped someone with the skills they have, and in the process, they themselves were helped."

With the success of this project, the iSystems Club is already looking into who they can help next through iGiveBack. It's a pace that can be hard to keep up, says Mace. But like the projects themselves, that too offers invaluable experience.

"I don't think it's going to change when I enter the workplace - I'm going to have a family and events and I still want to give back the community," says Mace. "So even though it's sometimes like drinking from a fire hose, it teaches you how to delegate and manage appropriately!"