Improving communication one of several priorities for UAH’s SGA 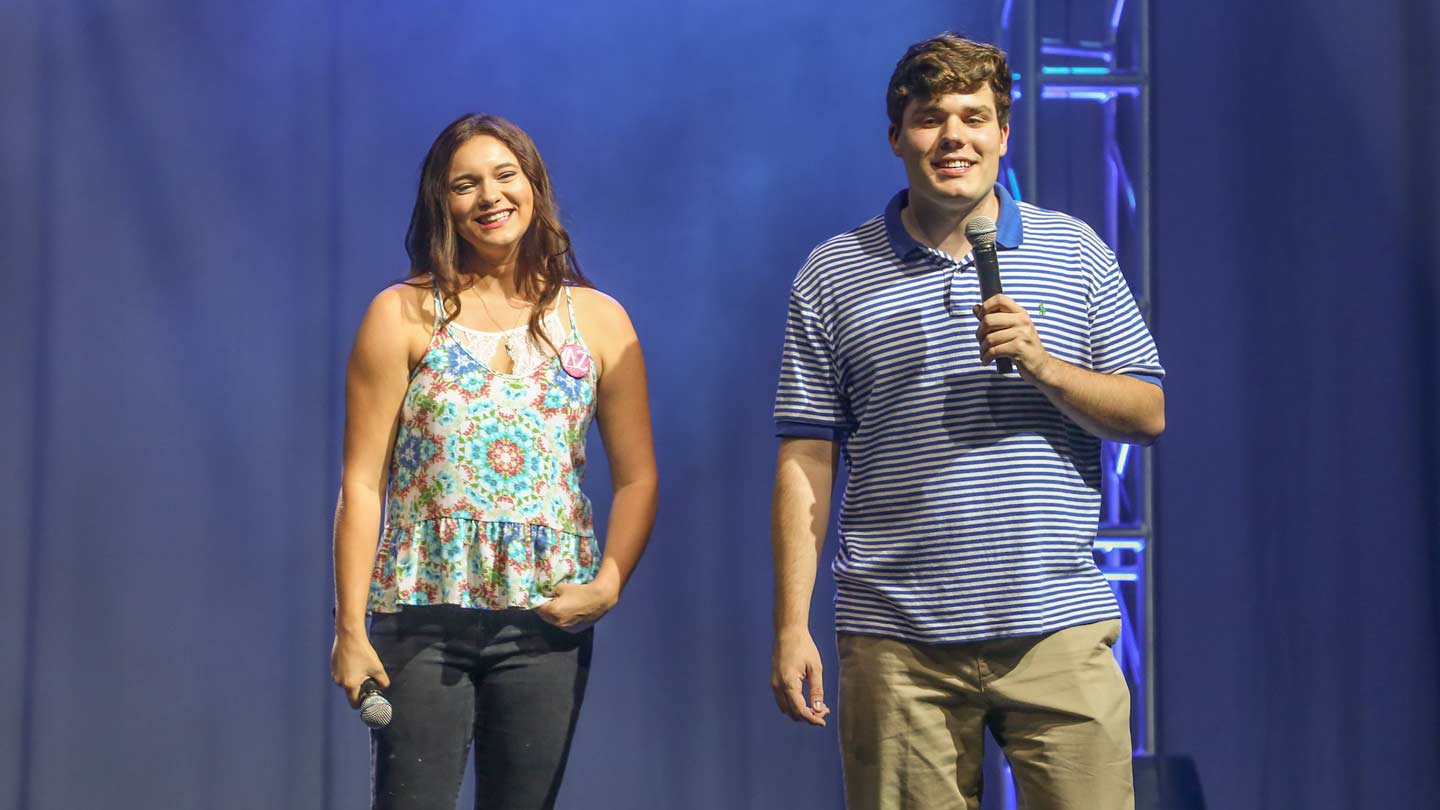 Jessica Eason and Reid Wilson are finishing up their terms as the vice president and president, respectively, of UAH’s SGA.

Reid Wilson and Jessica Eason have a lot on their plate these days. In addition to balancing a heavy course load as upperclassmen at The University of Alabama in Huntsville (UAH), the two are also wrapping up their one-year terms as the president and vice president, respectively, of UAH’s Student Government Association (SGA). It’s a job that’s been made significantly more challenging, and important, with the historic growth the university has experienced in recent years. "As our campus grows, our student government has bigger shoes to fill," says Wilson, a junior business major. "We wanted to ensure that the SGA has kept pace and is still able to provides student with the platform that they deserve."

To that end the pair ­– along with their fellow executive officers and the SGA’s student senate – have introduced a number of initiatives designed to educate students about the role and mission of the SGA and to implement changes that they hope will improve the lives of the university’s student body. Included among them are the following:

The latter is part of a much larger effort to improve communications in general, whether between the SGA and the students or the SGA and the university’s administration. "A big issue with some student governments is that it’s hard to understand what they’re capable of accomplishing," says Eason, a senior double major in political science and philosophy. "But we wanted our administration to have a lasting legacy by building more credibility and showing students that we can actually be a voice for them." To that end, adds Wilson, "we’ve been establishing processes and procedures that will let our stakeholders know what our goals are, how we’re going to get feedback, and how we’re going to communicate what we’re doing in response."

They began by adding training sessions to help SGA senators meet and discuss issues with members of the university’s administration. "We used to just write and pass legislation, but we didn’t necessarily do it in partnership with the administration," says Eason. "Now we have amazing senators who are willing to talk to administrators and achieve more than we could have thought possible." They also introduced a bimonthly Honors roundtable to solicit feedback on items of interest to UAH’s Honors College, which hasn’t traditionally been represented by a senator. And most recently, they added a new position for a director of communication, who will work with the SGA’s public relations committee to handle outreach, social media, and graphics.

We wanted our administration to have a lasting legacy by building more credibility.

Given all that they have accomplished so far, it’s surprising to think that neither Wilson nor Eason had aspired to executive office upon arriving at UAH. "I never would have imagined that I would have an opportunity like this to serve as the president of the student body," says Wilson, who previously served as an SGA senator for the College of Business Administration. "I knew I wanted leadership experience, but it has been an honor and a blessing to be elected to one of the best positions on campus." For her part, Eason points to the encouragement she received from others as her inspiration for initially joining the SGA as a Freshman Forum director. "I felt like people here valued me and pushed me to take on more leadership roles, which I might not have done at a bigger school," she says. "And the more I got involved, the more I wanted to give back!"

Now, with their terms drawing to a close, both have set their sites on the future. For Wilson, who has just been re-elected as SGA president, that means pushing through a new agenda with a different vice president by his side. But for Eason, a senior, it means an end to her political career at UAH as she focuses on her future after graduation. "I’m planning to get my master’s degree in cybersecurity with a goal of doing open-source analytics to the federal government," she says. No matter where she ends up, however, she knows that she will look back on her experience with SGA as a highlight of her academic career at UAH. "It’s given me a sense of accomplishment knowing that I’ve made a student’s experience better," she says. "And even though some things won’t go into effect until after I’m gone, I know that whenever they do, they’re going to help students."