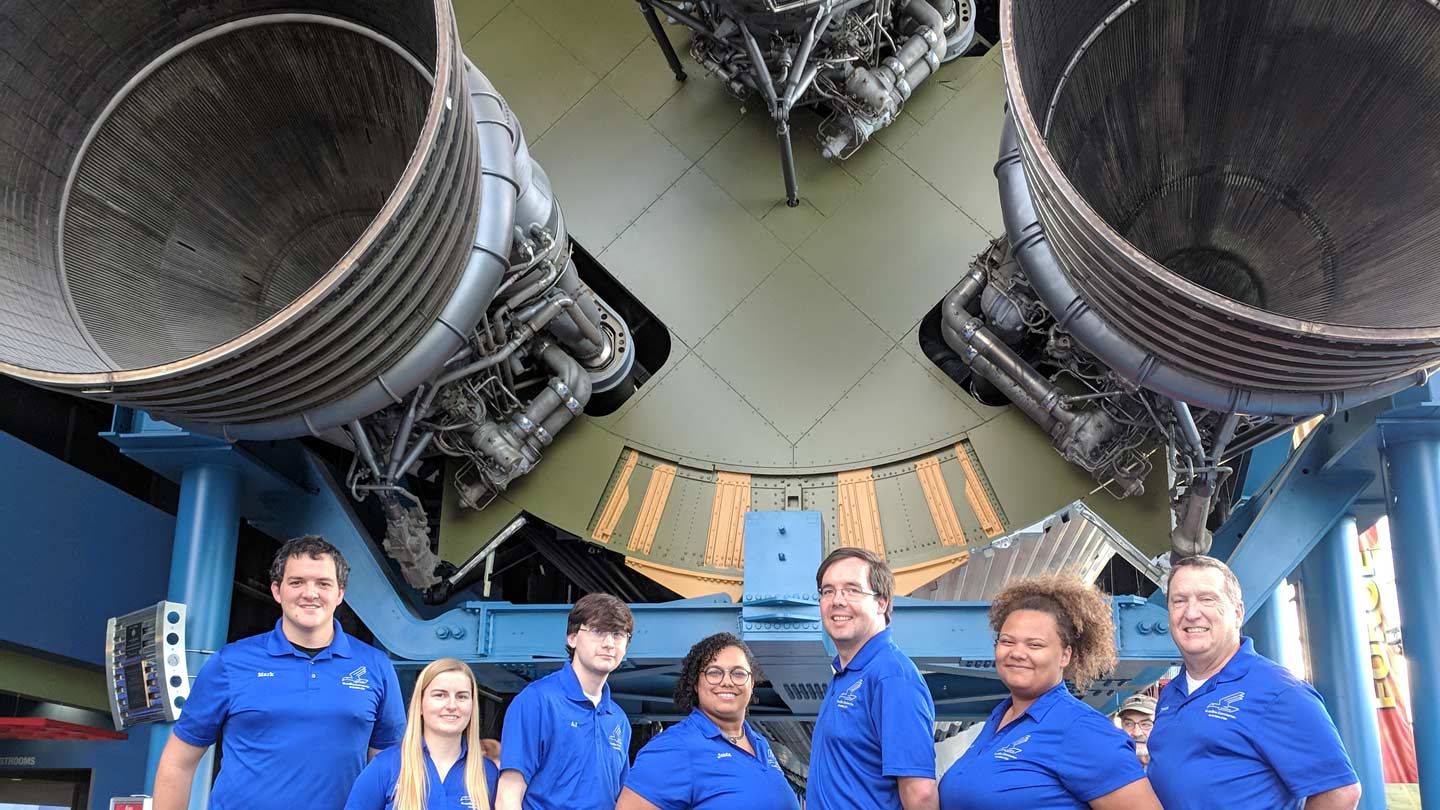 A small business at the University of Alabama in Huntsville (UAH) Dorothy S. Davidson Invention to Innovation Center (I²C) has won a $10,000 first prize in a nationwide contest to improve field communications for U.S. warfighters.

RadioBro Corp., an aerospace engineering and solutions firm that is located in the I²C, recently won for its submission to a TeamWERX technology challenge by the group SOFWERX. The contest challenge was to extend radio frequency (RF) using a repeater/amplifier.

UAH’s I²C is a regional initiative that fosters, promotes and accelerates commercialization of technology-based ventures through incubation, co-working, mentorship, funding and strategic support.

"We are extremely proud of RadioBro for achieving this recognition. This is one of the many accolades one can expect to see from companies that are part of I²C," says I²C Director Rigved Joshi. "Our ‘start-up fraternity’ at I²C is indeed a thriving and collaborative environment supporting entrepreneurship at absolute grassroots level. We want this culture to percolate at every level within our ecosystem."

RadioBro’s proposal, based on its own miniaturized ultra-high-frequency telecommunication hardware, beat out eight other submissions from across the nation.

"The group SOFWERX identified a need to find new problem solvers that can help with RF bridging," says RadioBro President Mark Becnel, a UAH alumnus who founded the firm in 2014 with his twin brother, Eric, who is also a UAH alumnus.

SOFWERX was created under a Partnership Intermediary Agreement between Doolittle Institute, a U.S. Air Force research laboratory innovation institute, and the U.S. Special Operations Command (USSOCOM). Located in Tampa, Fla., SOFWERX has a growing ecosystem that promotes divergent thought and neutral facilitation with the goal of bringing the right minds together to solve challenging problems.

"We showed how we can bridge RF data using the same technique we apply to relay information through a small spacecraft," Becnel says. "We used four of the MiniSatCom modules we designed in 2014 to demonstrate a solution!"

The RadioBro solution uses miniature devices that are activated and deployed by a user making his or her way through, around or into structures that would normally block or degrade a radio signal.

Deploying the tiny, hard-to-detect devices reroutes a radio signal from its origin through a chain of repeater devices to the user’s receiver. The size of the devices makes them hard for enemy forces to find and disrupt, and the low cost per unit allows the devices to be left behind if necessary.

RadioBro’s first place selection includes the opportunity to work with U.S. defense agencies and the defense industry to turn its innovative idea into actual hardware used in the field.

"We're very excited at a scientific level to solve the mission challenge," Becnel says. "I hope the conversation continues through prototyping and fielding a new capability. If we do get that chance, we're confident the operators will have a great new widget."

"We did not look at terrestrial applications of our device," he says. "We now show strength in new market areas in which we previously were not involved."

Locating at the I²C’s temporary facilities in the former Executive Plaza has helped RadioBro in non-traditional ways, Becnel says, and he eagerly awaits relocation to I²C’s permanent building, now under construction.

"There is synergy in the hallways to make and deliver innovation. There's just tremendous energy," he says. "This helps with morale of each employee within the facility, including myself. When we start to edge out of our knowledge sphere, we can quickly lean on other embedded companies or the university for support. This has helped accelerate our goals."

That atmosphere helps focus the RadioBro team on developing technologies and products that advance the state of the art, Becnel says.

"We're excited to see our efforts supporting Special Operations take hold. We appreciate the opportunity to support the country."