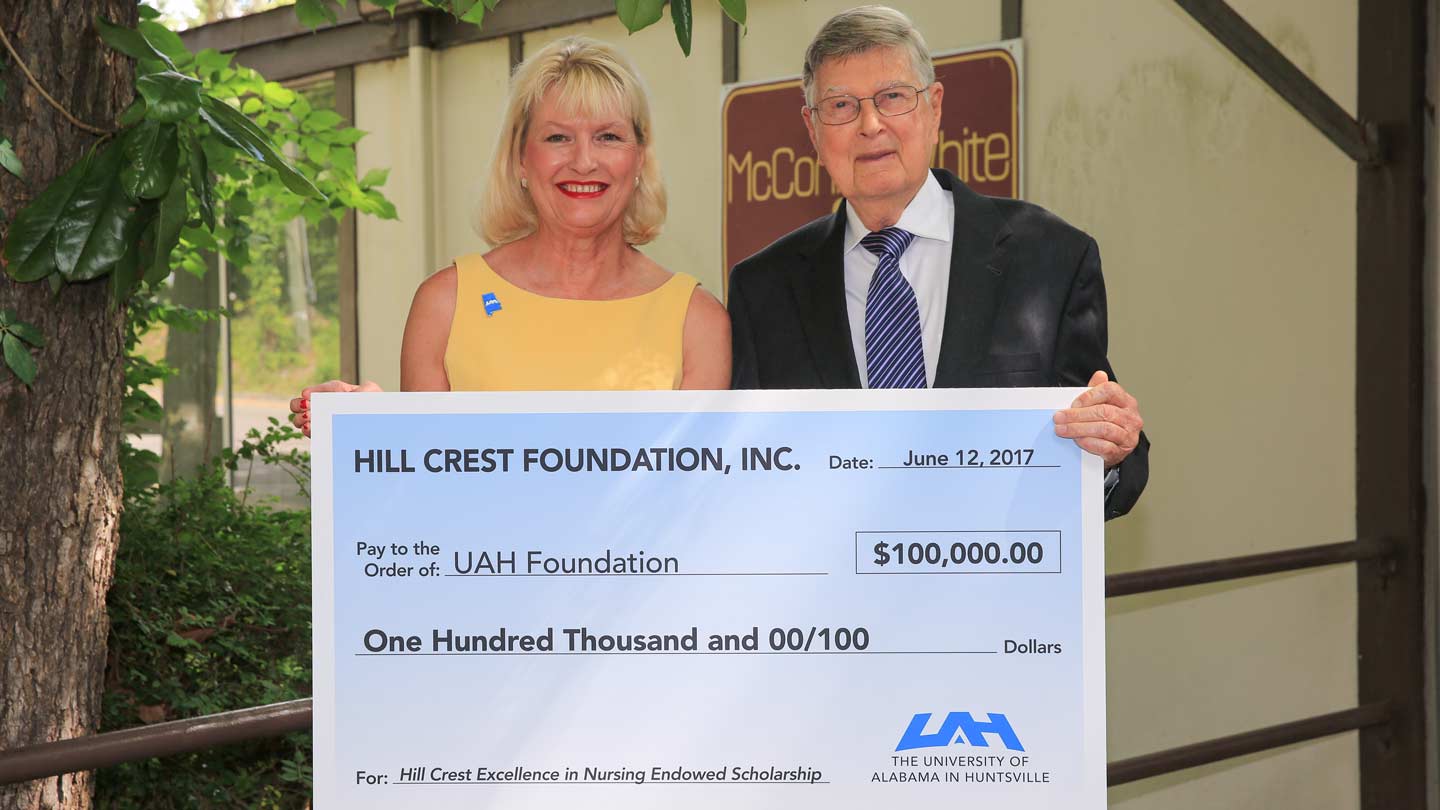 The Hill Crest Foundation Inc. has fully endowed the $100,000 Hill Crest Excellence in Nursing Endowed Scholarship with a $50,000 gift to The University of Alabama in Huntsville (UAH) that matches its initial $50,000 gift last year.

Charles Terry Sr., executive director of the foundation, made the presentation on June 12 in Birmingham.

The scholarship provides support for students enrolled in the registered nurse to bachelor of science in nursing (RN to BSN) program. The program allows associate degree nurses from two-year nursing programs to complete their baccalaureate degree totally online in three semesters with summer, fall and spring admissions.

Individuals can also qualify by choosing to enroll in the RN/BSN/MSN for seven semesters to advance from an associate degree to a master’s of science degree as an advanced practice nurse, such as a nurse practitioner or clinical nurse specialist. Advanced practice nurses are needed to care for older adults, one of the fastest-growing populations in the country with an estimated 71 million people age 65 or older by 2030, double the current population.

"The scholarship impacts the nursing profession by expanding the pipeline of professional registered nurses, increasing the diversity in the BSN program, and helping to alleviate the nursing shortage," says Dr. Adams.