Got a concern? Let the SGA know! 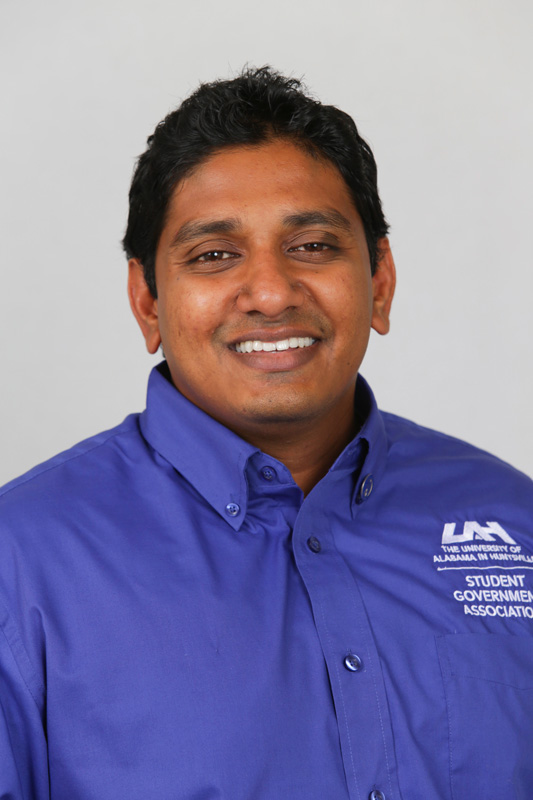 HUNTSVILLE, Ala. (Dec. 20, 2013) - The purpose of the Student Government Association (SGA) is to advocate on behalf of students at The University of Alabama in Huntsville (UAH). But what does that really mean?

"I think a good way to explain what the SGA does is to follow an idea from conception to execution," says Nandish Dayal, SGA president and senior nursing major. "So take, for example, a recent resolution we just passed on improving lighting around campus."

The impetus for this initiative came in response to a man-on-the-street survey carried out by an SGA senator. "We do these surveys periodically to start a dialogue with the students," says Dayal, "and one of them told us that some of the parking lots aren't brightly lit at night and that she doesn't feel safe."

That prompted a needs assessment of the issue, which SGA senator Taylor Bono, a junior majoring in biology, took the lead on. "Senators are assigned to each claim - because if even one student cares about something, it matters to us," says Dayal. "And since Taylor was also concerned about safety, she took it up."

"Once it is clear from the needs assessment that a concern is valid, the next step is to write a resolution and have it co-sponsored," explains Dayal. "So after Taylor concluded its validity based on the campus safety tour, she wrote a resolution for improved lighting and I co-sponsored it."

Resolutions then go through three stages of approval. The first is by SGA Vice President Marcus McDowell, the second is by the SGA's Rules and Revisions Committee, and the third is during the SGA's bi-weekly senate meetings.

"The resolution is actually read out loud at the senate meeting, so that everyone can talk about ways to improve or change it," says Dayal. "We also want to make sure it doesn't infringe on existing resolutions, so this gives everyone a chance to go through it." 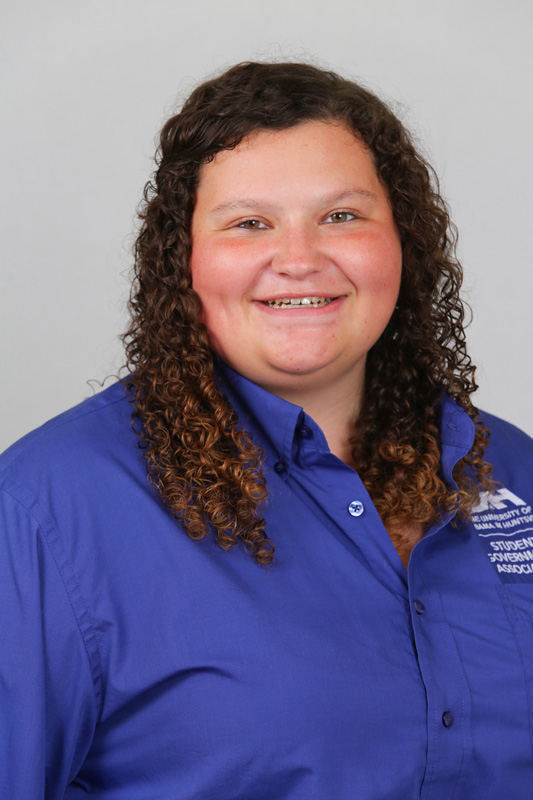 "This resolution, that UAH install more lighting fixtures around newly constructed sidewalks and parking lots, was passed by acclimation and it passed unanimously," says Dayal, who adds that a copy of every resolution is also presented to UAH President Dr. Robert Altenkirch for his review.

Then, he continues, comes the hard part: instituting the changes or improvements called for in the resolution. "At this point we take the resolution to the university division or department responsible for enacting it, which in this instance was facilities, and discuss how we can best proceed."

In this case, increasing lighting across campus was not only already on facilities' to-do list, but it is currently being carried out as outlined in the campus master plan. Nevertheless, Dayal say the resolution "enabled us to point out deficits the department staff didn't know about and can now work to correct."

And that, he continues, is how an idea voiced by a student becomes a very real call to action. "Of course there is a lot more that the SGA does," he adds. "But this is one of our most important roles - to represent the interests of the students and work with the university to address them."

To date there are seven other resolutions (listed below) under consideration by the SGA senate. Each of them will follow the same procedure as the one for increased lighting, and should they pass, each will ideally be addressed by the university.

It's a time-tested process - and yet it was also one Dayal wasn't expecting to go as smoothly as it has. "When I became president, I thought it would be a fight against the university," he says candidly.

But now? He's encouraged by the success the SGA has had and by the university's willingness to listen - and act. "They really are responsive to the students and student leaders here," he says. "I think they care about our concerns, and they work hard to make decisions that benefit everyone involved."