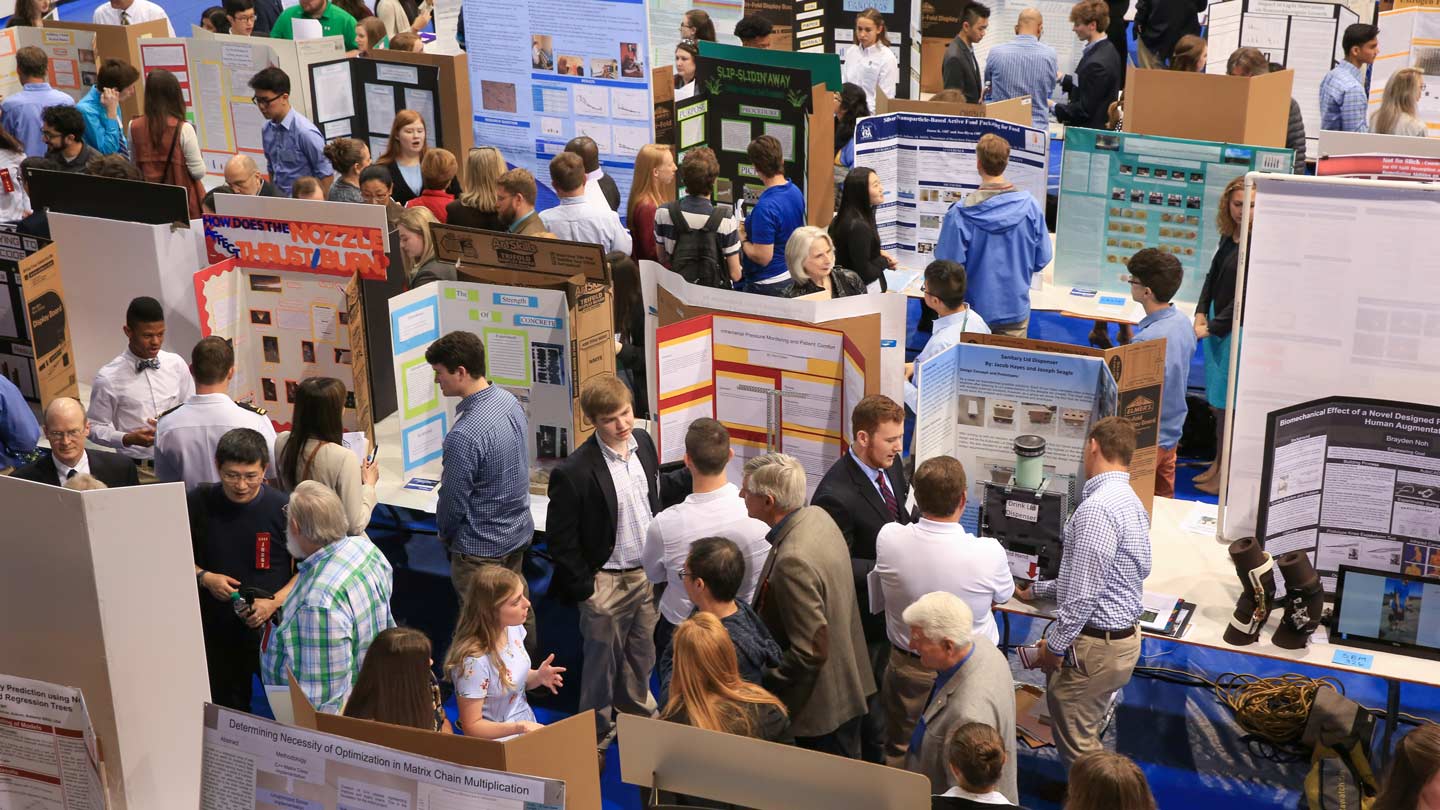 The Alabama State Science and Engineering Fair was April 5-6 at UAH’s Spragins Hall.

Those attending ISEF are:

"The ASEF brings together the best and brightest Alabama middle and high school students," says Vanessa Colebaugh, a research associate with the Institute of Science Education who serves as the event coordinator. "The research and quality of work done on the projects this year was outstanding."

The ASEF is just one part of a much bigger framework of science and engineering fairs that take place around the world every year. In the U.S., students first compete at the school level, after which they may advance to the regional level. Alabama has five regional science and engineering fairs prior to ASEF, including the UAH-hosted North Alabama Regional Science and Engineering Fair. The winners at the regional level go on to compete at ASEF, the state-level competition. Each state fair may also provide funding to send up to four overall finalists to ISEF.