Fertigation: Coming to a green space near you! 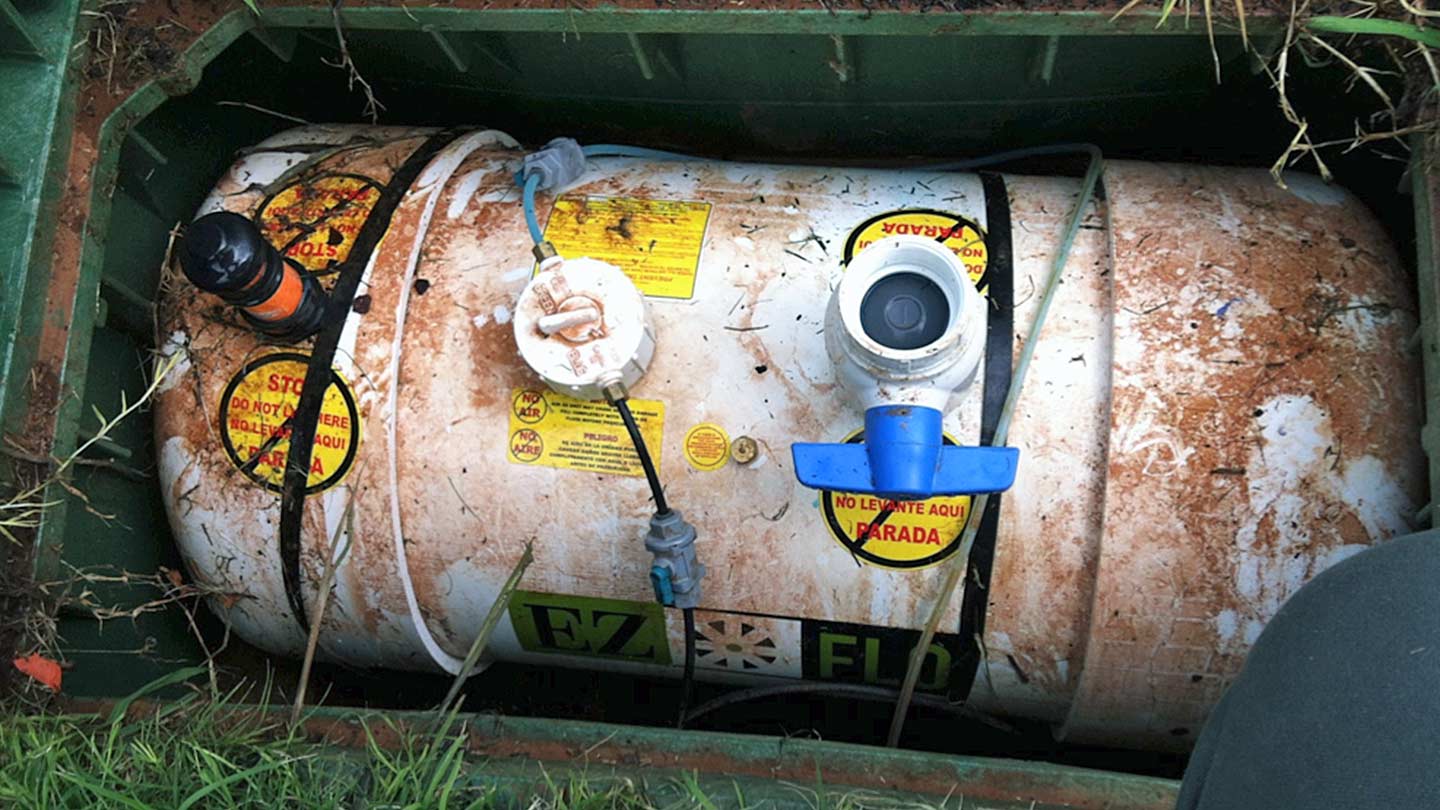 UAH Grounds Management's fertilizer tank, which is operated by a Baseline 3200 controller.

"Fertigation is the process by which fertilizer is combined with an irrigation system to provide essential nutrients through a plant's leaves and roots," says Robert Redmon, Director of Grounds Management at The University of Alabama in Huntsville (UAH).

And as of this past spring, fertigation has become part of Grounds Management approach to more responsibly water and feed the university's landscape. "Instead of a typical granular fertilizer being broadcast on a 4-to-6-week frequency, small doses of liquid fertilizer are applied during irrigation," says Redmon.

It's a process known as 'micro-dosing,' and it not only increases a plant's root mass but also lessens runoff. How? Unlike solid fertilizer that requires water to activate, Redmon explains, "fertilizer in liquid form allows plants to absorb nutrients immediately through the leaves and roots."

This not only saves water by reducing usage, but it also decreases the amount of time that fertilizer is sitting atop the turf or plant in an inactive, precarious position. Moreover, less fertilizer is needed when applied in liquid micro-doses.

That's because plants use 95 percent of liquid fertilizer as opposed to 10 percent of granular fertilizer, according to a recent study by the Research and Development Subcommittee of the Joint Committee on Atomic Energy. "The result is that the plant gets just what it needs and there is no runoff waste," says Redmon.

Here at UAH, the process starts with an underground fertilizer tank, which apportions concentrated water-soluble fertilizer into the irrigation main line. To ensure the micro-dosing is done correctly, the Grounds team relies on a Baseline 3200 controller that uses soil moisture sensors to determine when watering should take place.

"If you know the term 'smart phone,' then this would be a 'smart controller,'" says Redmon. "It has the ability to monitor and control irrigation flow rates, run multiple zones based on the gallons per minute desired, and monitor the electrical status of each valve under one system."

It also senses water flow rates so that, in the event that normal water flow parameters in a zone are detected outside normal parameters, it can shut the zone down. The system can then analyze the problem and send an alert via phone or desktop to indicate what happened.

"In other words, this ain't your grandfather's irrigation controller!" says Redmon with a laugh. Nor is fertigation your grandfather's approach to landscaping. But it is just one more way Grounds Management is bringing UAH into the future.