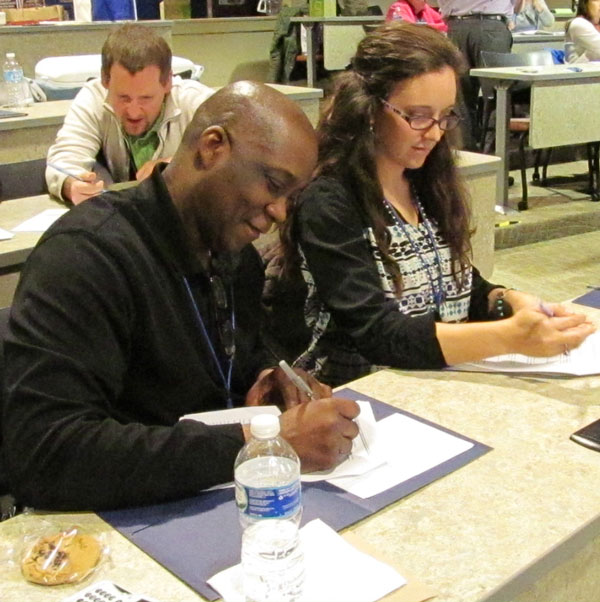 Project HAPPENS is currently accepting scholarship applications from pre- and in-service teachers interested in pursuing licensure in English for Speakers of Other Languages (ESOL) in Alabama.

A professional development grant, Project HAPPENS is funded by the U.S. Department of Education and administered by Dr. Jason O'Brien and Dr. Andrea Word at The University of Alabama in Huntsville (UAH). Scholarships cover tuition and fees for up to five classes, at either the undergraduate or graduate level, that will prepare recipients for licensure in ESOL.

The purpose of the scholarship, says Dr. Word, is to prepare teachers for increasingly diverse classroom environments. "According to our project liaison at Huntsville City Schools, Ann Marie Batista, there are more than 950 English language learners in the Huntsville City School district alone, with 30 languages represented among them."

What's more, Dr. Word continues, "over the past twenty years or so, English learner populations have increased by more than 200% in many states - Alabama included! The ability to differentiate instruction for students from a variety of language backgrounds is increasingly essential for every P-12 educator in Alabama and across the country."

In addition to the scholarships, the $1.2 million grant also funds an annual series of four professional development workshops for administrators and in-service teachers. "These workshops are delivered on the UAH campus to up to 75 registrants per year and are eligible for state-certified Professional Learning Units and Continuing Education Units," says Dr. O'Brien.

And since the workshops are held on Thursdays and Fridays, "the grant covers the cost of substitutes during the school year as well as stipends for teachers who attend during off-contract periods," he says. The next cohort starts this summer, with the four one-day workshops scheduled in July, September, and December of 2014 and February of 2015.