The University of Florida advanced as well, after winning the competition in which 26 universities participated. “The winner of the region goes to national, usually,” said Dr. Houssam Toutanji, who is team co-advisor along with Dr. John Gilbert. However, UAHuntsville’s second place finish advances the team because if a team competing in regionals finishes second to a team that last year placed in the top five in national competition, that second-place team also gets to compete at national.

“Last year, Florida beat us at regional, Florida went to the national and Florida was top five at national,” said Dr. Toutanji. “So this year, anybody who came in second to Florida could go to the national.” 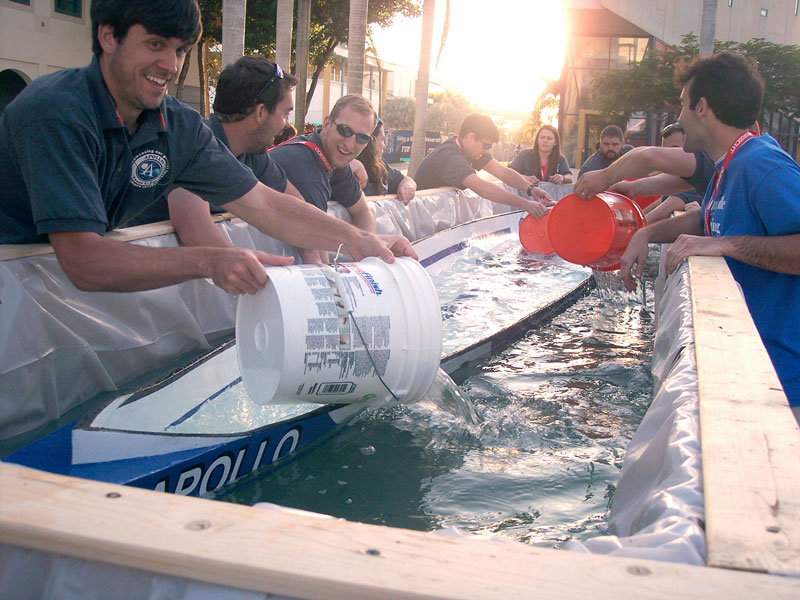 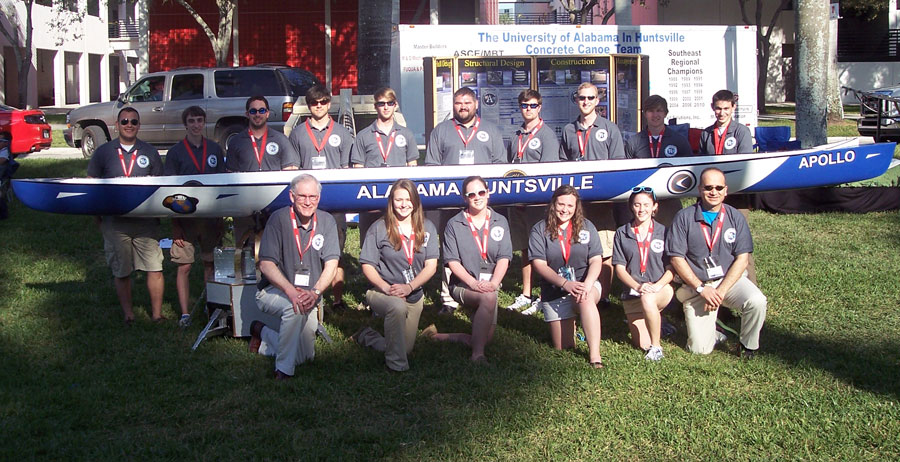 The event teaches team members leadership skills, he said. The students handle all aspects of the competition, including planning, designing and building the unit; presenting it; and reserving their own hotel space and performing event logistics.

“I go around the country and people say to me, UAH – concrete canoe, what a great team!” said Dr. Toutanji. “This is worth hundreds of thousands of dollars of publicity for the university, and I am not exaggerating.”

The 20-member UAHuntsville student team is now
raising money to attend the national competition in Illinois.