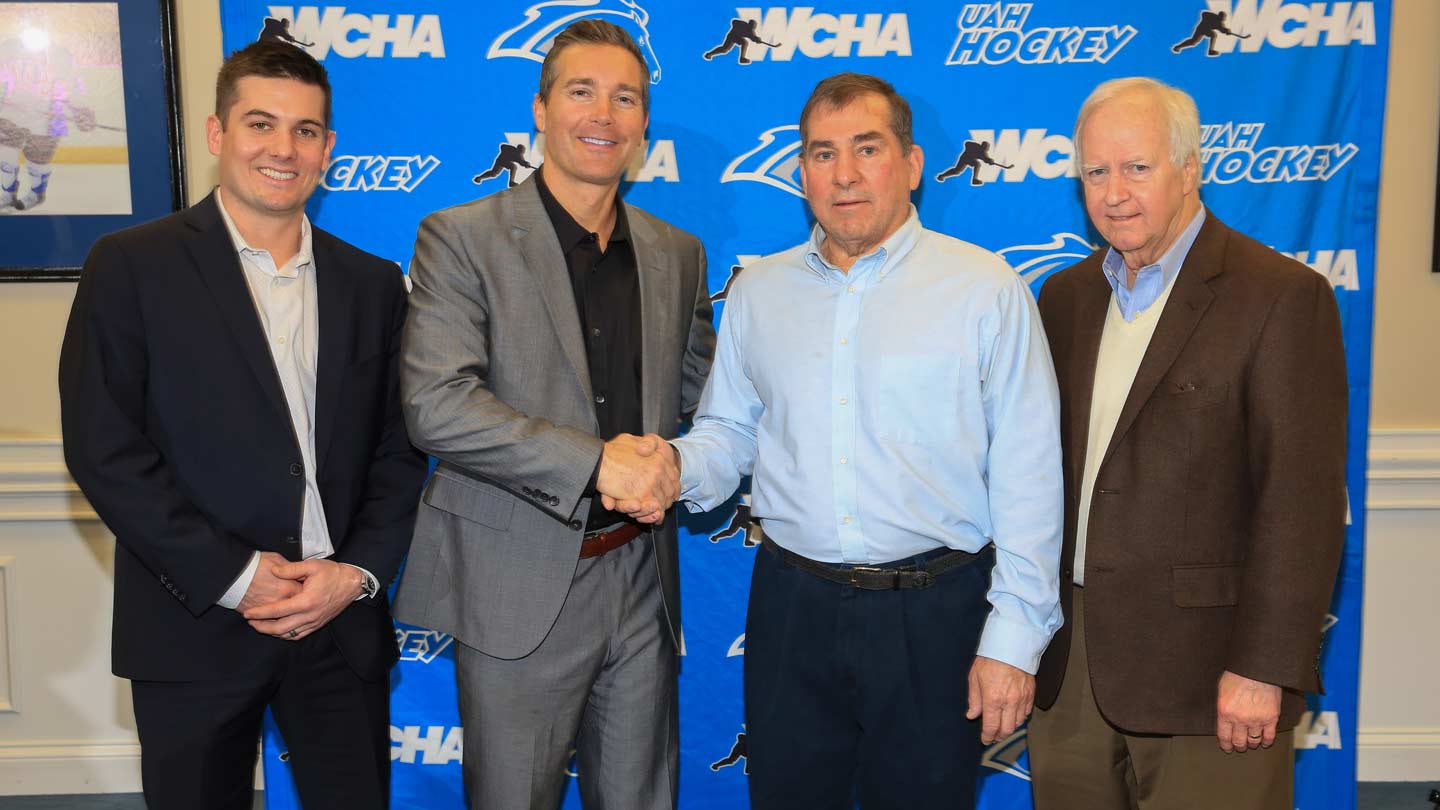 Sheldon Wolitski, a former hockey player at The University of Alabama in Huntsville (UAH), today shared his plan to give back to the Huntsville community in a big way.

At an event held in Spragins Hall, the CEO and founder of The Select Group (TSG) announced a pledge of $500,000 in support of UAH’s hockey program and the launch of TSG’s newest location in Huntsville, Ala. The office expansion marks the 13th location for the fast-growing North American technical services firm, which is headquartered in Raleigh, NC.

“I started my staffing career in Huntsville, and opening our Huntsville location has been a long-term goal of mine,” says Wolitski, who graduated from UAH in 1996. “UAH and the city of Huntsville played a big role in helping define me as an individual. I want to drive economic growth and create jobs as a way to say thank you to the Huntsville community.”

TSG provides managed services, direct placement, and contingent staffing services to a variety of industries in the government, technology, engineering, energy, and transportation sectors. It ranks on Staffing Industry Analysts’ list of largest staffing firms in the U.S. with $131 million in 2016 revenue, has repeatedly made the list of fastest-growing U.S. staffing firms, and is a 10-time Inc. 5000 honoree.

TSG’s Huntsville location will be overseen by another former UAH hockey player, Jared Ross, recently retired from a career as a professional hockey player. “I’m excited to establish The Select Group, get our name out there, and make a positive impact in the community,” says Ross, who was born and raised in Huntsville. “And I’m happy to be back.”

As the Huntsville team looks to expand their clientele in the community, their focus will be on networking with key contacts, supporting governmental agencies with help from TSG’s Washington D.C. branch, and creating the award-winning relationships that TSG is well known for establishing in the industry. “We look forward to partnering with government agencies and corporations in the area, creating jobs for individuals, and managing projects for their clients,” says Ross.

Wolitski was a member of the UAH Chargers hockey team from 1992 to 1996, and helped lead the 1995-96 team to the university’s first NCAA hockey championship. His $500,000 commitment to the hockey program will go toward amenities such as uniforms, equipment, travel, recruiting, nutrition, and fitness for players and staff. “I want to express the gratitude I have for UAH hockey, UAH faculty, and the Huntsville community. They shaped me into the person I am today,” Wolitski says. “The decision to come to UAH and Huntsville was a defining moment in my life and I’m so grateful for that. I wouldn’t be where I am today if it wasn’t for the people in this community.”

Wolitski is committing an additional $10,000 to the establishment of the Coach Ross Suite at Spragins Hall on the UAH campus. Coach Ross, Jared Ross’ father, was the UAH men’s hockey coach from 1982 to 2007 and was an influential figure during Wolitski’s college hockey career. “My whole life revolved around hockey,” says Wolitski. “The lessons I learned while playing for Coach Ross and UAH have helped instill my business philosophies of teamwork and passion.” The suite will be used daily by the UAH coaching staff in honor of Coach Ross.