HUNTSVILLE, Ala. (February 21, 2013) —Katharina van Santen (‘2010 BS Biology), applied to The University of Alabama in Huntsville (UAHuntsville) on a “whim.”

Despite growing up in Auburn, and UAHuntsville’s well-publicized regional and national academic reputation in sciences and engineering, Katharina had never heard of the university.

“I didn’t know anything about UAHuntsville until shortly before applying and attending the school,” she said. “I made friends with high school students who lived in the Decatur and Huntsville area through various state school clubs … that’s how I found out about the university. I applied on a whim.”

Interested in medicine and diseases since her early teens, Katharina’s curiosity in biology peaked in her advanced placement classes at Auburn High School.

At UAHuntsville Katharina was admitted to the Honors Program, and became involved in laboratory research early on through the university’s Jia Ju Zhan Scholars Program. But Katharina was that rare college student. She shared a passion for the sciences and liberal arts — especially music. She was awarded music and academic scholarships to attend the university. “Because I was allowed to customize my undergraduate experience, I decided to attend UAHuntsville.”

Katharina soon began working in Dr. Roy Magnuson’s (associate professor of Biological Sciences) laboratory on mathematical modeling of Toxin-Antitoxin systems in E. coli. I moved into lab-bench based research in Dr. Magnuson’s lab, and completed my honors thesis on the role of the Antitoxin in our Toxin-Antitoxin.

” I enjoyed the higher level courses where there was more interaction between students and professors. The Honors Program was instrumental in allowing me to enjoy small classes in core subjects, as well as branch out to take different courses and work to a higher level on some courses to receive honors credit,” she explained. “I also benefited greatly from my involvement in the Music Department—particularly in the university choirs, which were the closest thing to family I had at UAHuntsville.”

“Dr. Magnuson mentored me from my first semester until graduation. He guided me in the lab and the classroom, and helped me in my path to graduate school. Dr. Davis first challenged me in her cell biology class. I did poorly on her first exam, and complained that I was bad at memorizing material,” Katharina said. “In our first heart to heart, Dr. Davis explained to me that she couldn’t memorize either, and that I had to learn and know the material. Dr. Davis continued to mentor me, and in my final year at UAHuntsville I served as a Peer Assisted Study Session leader for her introductory biology course.”

Last year, Katharina graduated from the Rollins School of Public Health (RSPH) at Emory University where she received her Masters’ of Science degree in public health and epidemiology. During her time at RSPH, Katharina served as an ambassador, as well as a curriculum coordinator for Emory School of Medicine’s Pipeline Program—which mentors and teaches at risk high school students about science and medicine.

While attending RSPH she completed a practicum and thesis at Kaiser Permanente’s Center for Health Research Southeast. Her research focused on influenza immunization of pregnant mothers, and how maternal vaccination combined with infant pneumonia vaccination protects the infant.

It was then Katharina discovered an affinity for working with large amounts of data, which opened doors for her current position as a data analyst for the National Healthcare Safety Network at the CDC.

“I take data collected from hospitals and healthcare facilities all across the United States, and prepare it to be reported to the Centers for Medicare and Medicaid Services. I am happy working in a job I love that has an impact on people all across the U.S.”

Katharina shares her secret for making great strides — academically and professionally, in such a short period of time. “I was dedicated to my studies at UAHuntsville, and I also stayed involved in several campus clubs and academic research.

“In today’s society an undergraduate degree in biology doesn’t go very far. To achieve my dreams I knew I needed to go on to get a graduate degree in public health,” Katharina noted. “With the foundation I laid for myself at UAHuntsville, I sought out one of the best graduate schools in a city that has many public health opportunities. I won’t claim that I never faced obstacles, or got frustrated. In being challenged and overcoming obstacles I have learned so much and worked to be where I am today.” 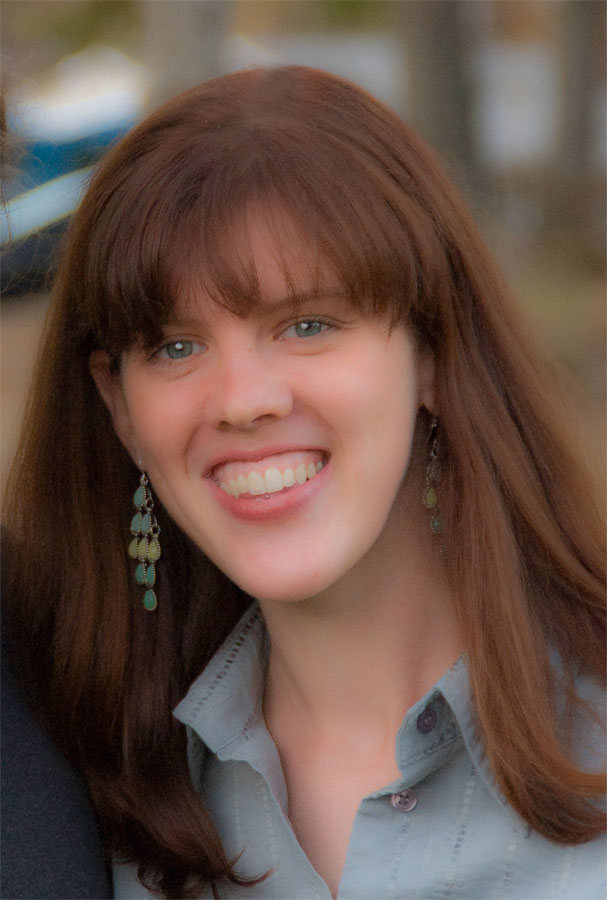