Bud Cramer’s $50,000 gift will help preserve his legacy of service to state, nation 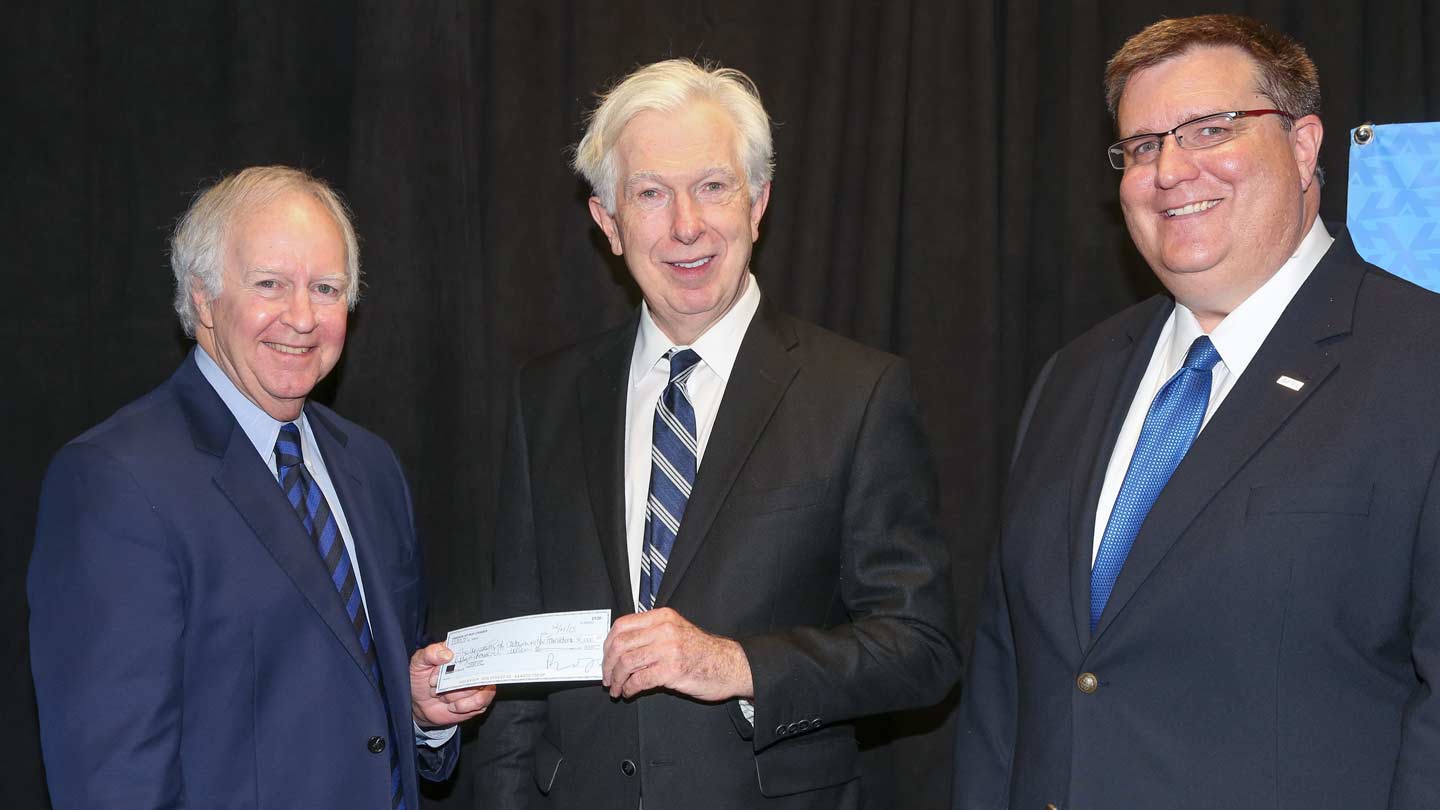 The University of Alabama in Huntsville has received a $50,000 gift to preserve the legacy of Congressman Bud Cramer's 18 years of service as member of the U.S. House of Representatives for District 5 of North Alabama.

These funds will be used to help UAH defray the cost of organizing, cataloging, maintaining and preserving those materials thanks to the generosity of Congressman Cramer's gift for this purpose.

"It is a privilege to have my work and accomplishments displayed at UAH. I am proud of the prosperity and progress that I was able to bring to our district. This collection at UAH is something generations can view and enjoy for years to come. It was an honor to serve in the U.S. House of Representatives for 18 years and I will continue to be an advocate for our district in Washington D.C. for continued economic growth and moving North Alabama forward. I want to thank UAH for their support and commitment on displaying my legacy," said Bud Cramer.

Those materials are stored in the M. Louis Salmon Library on the UAH campus. The collection is contained in more than 600 boxes and covers 579 linear feet of shelf space. The collection includes more than 490,000 pages of legislative and campaign-related papers, constituent correspondence, news releases and press clippings, photos and memorabilia, in addition to a wide variety of other material.

"Bud Cramer's service to our nation and District 5 was exemplary during his nine terms in Congress," said UAH President Robert Altenkirch. "Bud was a tremendous supporter of UAH, and his efforts played an important role in helping this campus grow to a very high level of excellence in education and research."

Today, UAH is a Tier 1 national university, according to U.S. News & World Report. The magazine ranked UAH as the 103rd best public university in the nation in 2015, placing it among the top 4 percent of the nation's 2,600 four-year colleges. UAH is also a "very high research activity" institution, as ranked by the Carnegie Foundation for the Advancement of Teaching, one of 73 public universities in the nation to earn this level of research achievement.

Cramer was born and raised in Huntsville, and served as Madison County District Attorney. He won election to the U.S. House of Representatives and assumed office in 1991, ably serving 18 years until his retirement from elected office in 2009.