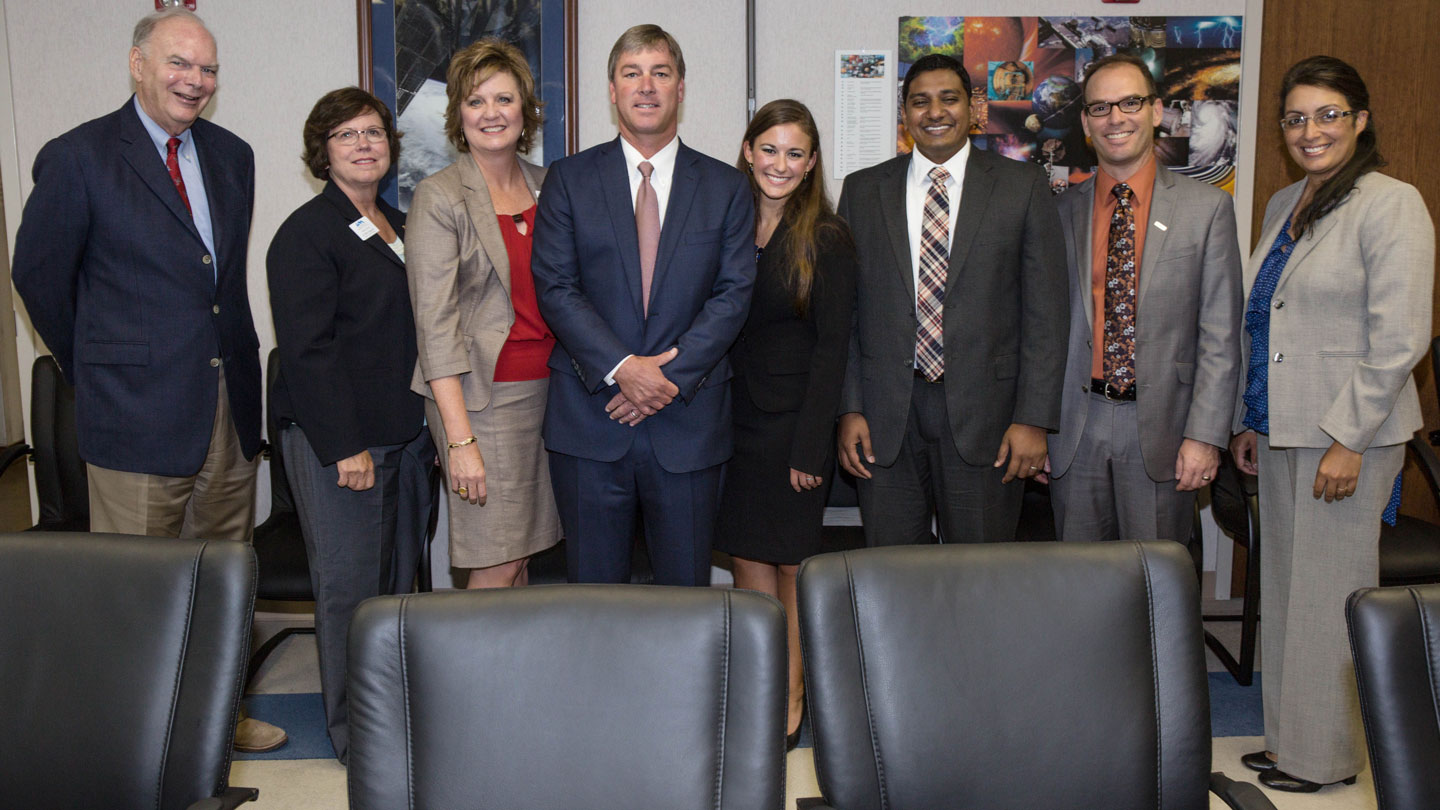 Bryant Bank of Huntsville announced today that it is making a $3 million commitment for nursing scholarships at The University of Alabama in Huntsville.

Ken Watson, president of Bryant Bank in Huntsville, made the announcement during a meeting of the Huntsville Committee of the University of Alabama Board of Trustees, which met today on the UAH campus.

"The purpose behind the creation of Bryant Bank is simple: Help families get ahead; assist businesses to grow; and in short to make our community a better place to live," said Bryant Bank of Huntsville President Ken Watson. "Enhancing a quality nursing program is crucial toward improving the quality of life in the greater Huntsville area. The positive impact that nurses have on individuals begins at birth and has meaningful consequences throughout their entire life. Bryant Bank is pleased to be able to support The University of Alabama in Huntsville and its contributions to the region's nursing and health care community.

"Under the leadership of Dr. Altenkirch, UAH is poised for an even greater future and Bryant Bank is proud to be a part of it."

Bryant Bank's scholarship commitment is $100,000 annually for the next 30 years, according to Watson.

"We are extremely grateful for Bryant Bank's support of our campus," said UAH President Robert Altenkirch. "Our university has reached a high level of excellence in all of our programs through the prudent management of tuition and taxpayer's dollars, but it is the generous and private support of our friends and donors that will allow UAH to strive to become even more competitive and further enhance UAH's role as a national leader in education and research."

The program, called Early Promotion into UAH Nursing Program (EPNP), is a new honors program being offered by UAH's College of Nursing. Highly qualified students who enter UAH as freshmen declaring nursing as their major and taking all of the lower division nursing coursework on the UAH campus are guaranteed a slot in upper division nursing courses.

This program provides students an opportunity to have enriched freshman and sophomore years in the UAH Honors College in preparation for admittance into upper division nursing coursework, according to Nursing Dean Marsha Adams.

"Health care has been and is becoming an increasingly important sector of Huntsville's economy and it's our responsibility to ensure that the workforce needs of our region are met," said Dr. Adams. "UAH's College of Nursing is one of the largest contributors to this need in Huntsville. We are appreciative of Bryant Bank's understanding of the important role of nursing in the health care environment."

About Bryant Bank: Bryant Bank was founded on the belief that Alabama needs a bank that is focused on the needs of Alabamians. It was granted a charter by the State of Alabama Banking Department on June 10, 2005. The company has 14 branches in Alabama including two in Huntsville. The first Huntsville branch opened in 2007.