The final round of the Boeing New Business Challenge concluded last Friday, April 18, with two teams prevailing in a field of eight undergraduate competitors from The University of Alabama in Huntsville (UAH). 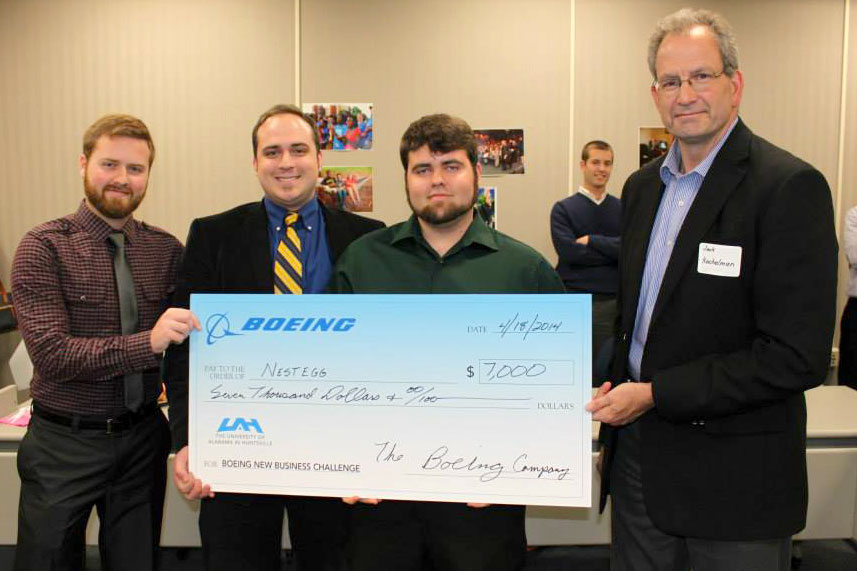 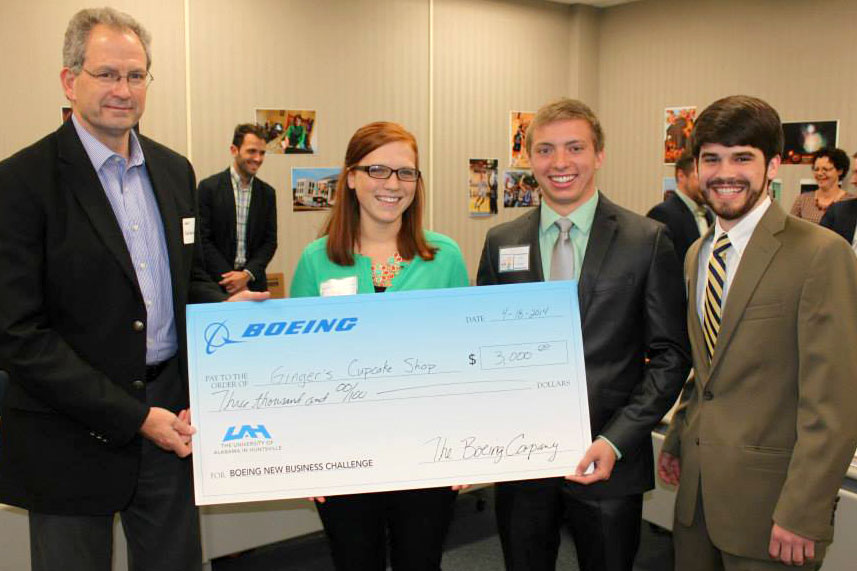 "The strength of the top teams made for strenuous deliberation in the final round," noted Jack Kachelman. "The thoughtfulness and careful research behind the plans combined with enthusiastic and convincing presentations are exactly what we at Boeing are trying to encourage through this Challenge."

Four of the eight competing teams including the winners had strengthened their presentations by attending the free Competitive Coaching Workshops offered by the Innovation, Commercialization, and Entrepreneurship Lab, held every Saturday since last September at the UAH's College of Business Administration. As one freshman noted, "It was incredibly helpful. Personally, I learned how to speak publicly and [about] all the complications my team has to address...and this only scratches the surface of all the things we learned and the connections we made during the coaching process."

The first stage of the challenge was a poster presentation conducted on November 22, 2013, in which ten teams pitched three-minute proposals to a panel of five judges. The competition, open to all undergraduates across campus, has now completed its second year at UAH.

"We are delighted to host this event sponsored by The Boeing Company, because it brings students together to envision ways to make life better through business enterprise," said Dr. Caron St. John, dean of the College of Business Administration.