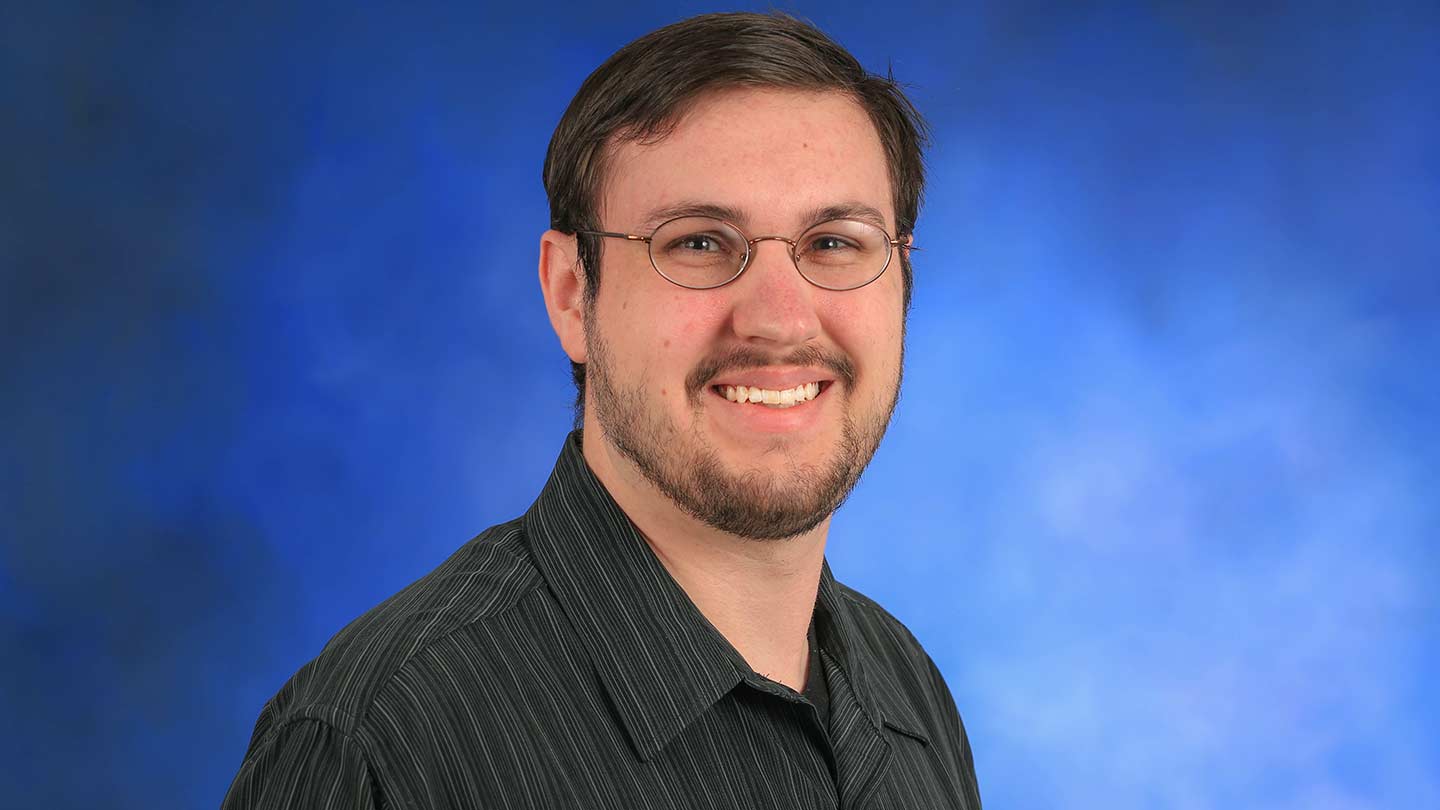 Nick Christensen is an Honors student and UAH's first Interdisciplinary Degree major. He designed his own degree and describes it as Applied Physics with an emphasis on Computer Technology. Nick was born in Germany and moved often with his military family. He has lived in Tennessee, North Dakota and Montana before settling in Wetumpka, Alabama. He is a graduate of Wetumpka High School, where his favorite extra-curricular activities revolved around science competitions. Nick is currently working on his Honors thesis, which combines signal processing to deal with sound waves, engineering and embedded computer programming. Below is Nick's own description of his research.

My Honors project is a continuation of what I did for the International Science and Engineering Fair in 2008 and 2009, winning 4th place and then 2nd place in Computer Science. Because I am hearing impaired myself (high-frequency hearing loss in both ears due to ototoxins), I used to wear hearing aids, but I have found that traditional hearing aids do not help me at all. The reason is because all that normal hearing aids do is amplify the volume without changing the frequency. The type of hearing loss that I have is due to the stereocilia (hair cells) in the cochlea being damaged, specifically the cells related to detecting high-frequency sounds. Once those are badly damaged, high-frequency sounds cannot be heard, no matter how loud they are. It is like turning on a bright light bulb for someone who is blind; it simply doesn't help. High-frequency hearing loss experienced by a majority of the elderly is the most common type because those stereocilia are located near the outside of the ear and are most likely to be damaged by repetitive loud noise from machinery, gunfire, or even loud music.

Because I understood from my own situation that normal hearing aids do not help, I decided to invent a new type of hearing aid. What I created was an algorithm to lower frequencies of voices, at first by doing the processing beforehand, using recorded voices. Then the following year in Phase II, I worked with an engineer, John Jacobs, to design a circuit board, and program it to work in real time. The algorithm works by sampling the incoming audio (digitizing it), then cutting out some of the samples. The remaining parts of the digitized sound wave are stitched back together. However, the timeframe of the stitched-together wave does not match the original (because the algorithm cut out parts of the wave), so in order to output the lowered wave, it must be stretched back out in time. It is this stretching that lowers the frequency of the wave as frequency and time are inversely related: an increase in time decreases the frequency.

The first version of this project I did back in 2008 was coded in Pascal and took about 15 minutes to process a single word. For the second version in 2009, I coded the algorithm in PIC microcontroller assembly code and implemented on a custom circuit board where it processed sound in real time. I was able to test the algorithm on over 100 listeners and prove that it indeed was able to help people who, like me, have a high-frequency hearing loss. In my own case, I went from 60% identification of high-frequency words to 100%. The next step, what I'm doing for my Honors project, is to clean up the logic of the algorithm and implement it in C on a commercial circuit board that includes a Bluetooth. What I hope to achieve is to make the algorithm portable so it can be implemented in commercial products such as Bluetooth headsets. It has tremendous viability for use in phones, headsets, TV, and radios, and it may even help normal-hearing people understand voices better in noisy situations.

Nick is also the founder and Executive Director of Aquosus Potentia, which is a non-profit organization with a website that publishes student papers and promotes renewable resource technology, such as more efficient solar panels or water purification methods. He will be graduating in May 2015 and plans to continue at UAH, working on a Master's in Modeling and Simulation.