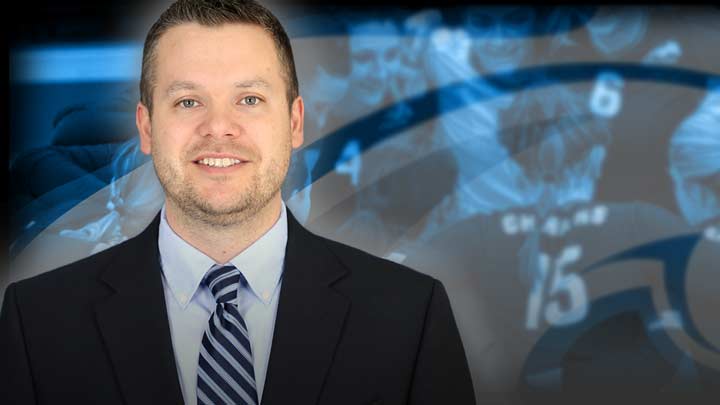 Cade Smith has been named Director of Intercollegiate Athletics at The University of Alabama in Huntsville.

UAH conducted a national search for the position. The AD Search Committee reviewed more than 70 applications and selected a short list for interviews, followed by campus visits from the finalists.

Smith was selected from a highly competitive pool of applicants, according to Brent Wren, Associate Provost and NCAA Faculty Athletics Representative and chair of the search committee.

“Cade’s broad experience as an administrator, head coach, and interim athletic director, and his educational background made him the best choice to lead UAH into the future,” Wren said.

Dr. Smith has been at UAH since 2013 when he joined the Chargers as an assistant, coach and he took over the reigns as the head volleyball coach in 2016. During his head coaching tenure, UAH volleyball has posted the most season wins since 2001 (2019) and most conference wins in school history. They have also been an NCAA tournament qualifier (2019), GSC tournament qualifier multiple years (2017, 2018, 2019) and GSC tournament semifinalist. (2018,2019). In recognition of his effort, Dr. Smith was selected chair of the GSC Volleyball Coaches Committee, an American Volleyball Coaches Association (AVCA) Top 25 Voter, AVCA Mentor, RAC Committee member for South Region Volleyball, and AVCA Head Coaches Committee Member.

Before joining the UAH volleyball staff, Smith spent six years coaching at Central Arkansas Christian School in Little Rock, Ark., and, in addition to his coaching duties, he served two years as the school principal following four years in the classroom.

Smith graduated from Harding University in 2005 with a Bachelor's Degree in Physical Science and Chemistry. He earned his master's (Kinesiology) in 2006, certifications in Educational Leadership in 2011 and 2012 and a Doctorate in Education (Educational Administration) in 2015 from Harding as well. Smith also holds a master's in Human Resource Management from UAH, which he earned in 2018. Cade was recently married to Kayla (Woodard) Smith.