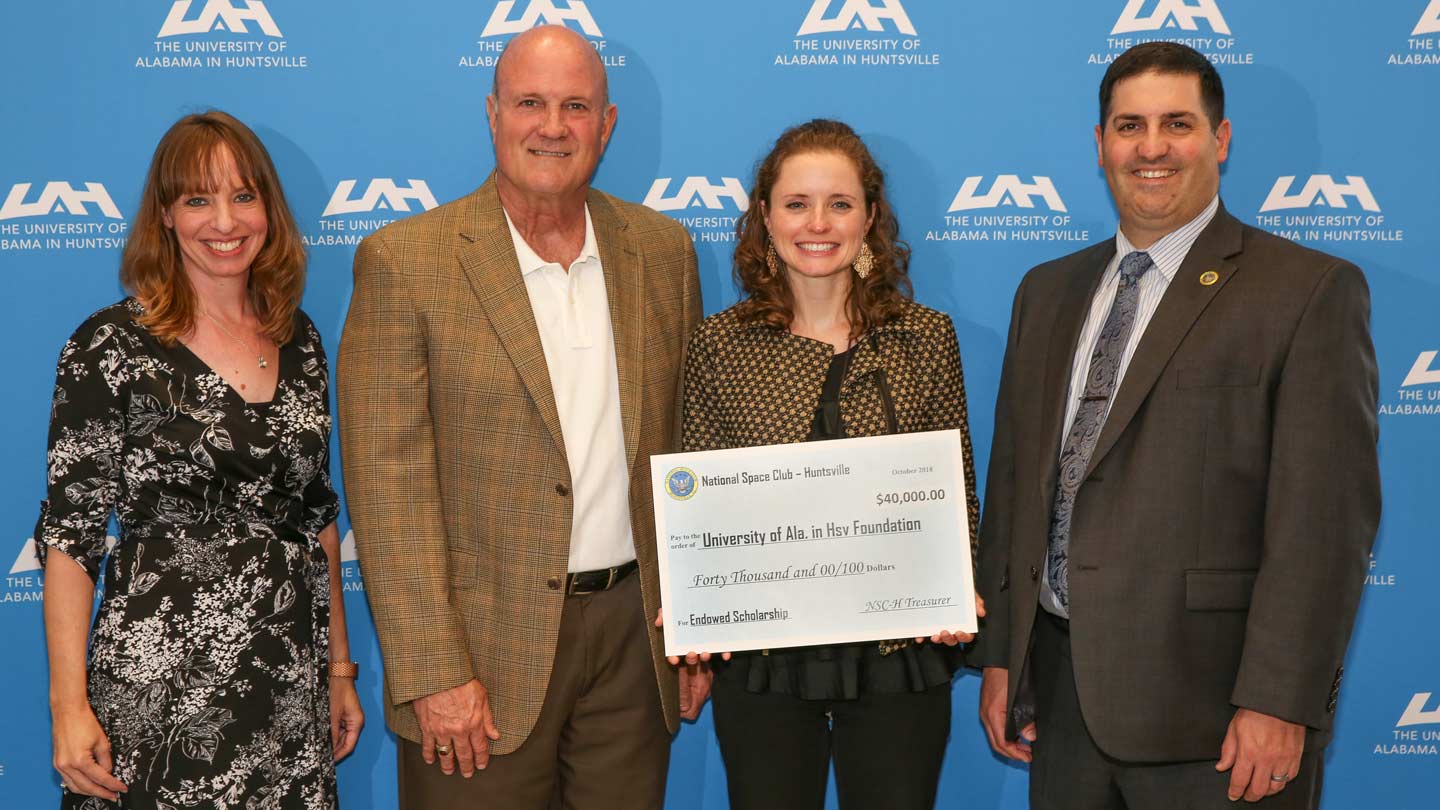 Inspiration fuels the National Space Club — Huntsville and drives the dedicated people who run it, making The University of Alabama in Huntsville fortunate to have such a successful and longstanding relationship with the organization.

Not only do UAH faculty and students benefit from the support of the club, but its members also see the impact on a larger scale.

"It’s been a joy of my life to represent the National Space Club and help educate so many in our community," says Terry Abel, a member and leader of its Educational Outreach.

"We’re preparing the next generation of engineers and scientists to be ready to contribute to the abundant opportunities out there," he says. "If you listen to the president’s mandate for the return to the moon, the Mars mission and stronger national defense and all of the issues that go along with that challenge, there will be a higher demand for technical students whether that’s in engineering, science or math – or welders and machinists.

"It’s not something that impacts only North Alabama but the U.S. as a whole."

Andy Johnston just completed his third year on the club’s board. He benefitted from student design competitions and Science, Technology, Engineering and Math (STEM) activities during his college years, and now he’s eager to help pay it back. This year, he joins Abel as co-chair of Educational Outreach.

Abel has been a project manager with Lockheed Martin for 36 years, working on the Orion spacecraft, including onsite lead at the Marshall Space Flight Center. As his engineering career approaches its close, he says he enjoys "addressing past development efforts, including successes and mishaps so that as we pass the baton we help the next generation."

Johnston works for the Jacobs Space Exploration Group as an engineering manager, working onsite at Marshall Space Flight Center. He’s been there for more than 20 years, as an aerospace engineer and manager.

"It’s just a cool career," Johnston says. "If supporting astronauts in low earth orbit, going back to the moon and staying there … and looking forward to exploring Mars gets you excited, it’s just a great profession to be in." 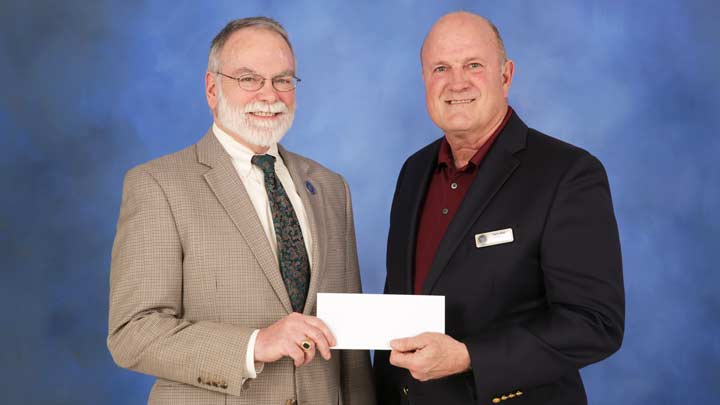 Abel was the club’s first vice chair for Educational Outreach, selected 13 years ago to get the club more involved in STEM engagement and outreach efforts. Early exposure to hands-on practical experience, he says, is crucial to generating interest in STEM professions.

Since the club increased its emphasis on education in 2008, Abel says, it has impacted more than 50,700 students and invested more than $729,000 in STEM engagement with partners like The University of Alabama in Huntsville, the U.S. Space & Rocket Center and NASA.

Johnston remembers the influence that engineering design challenges had on him when he was in college.

"We could participate as students, but we needed sponsors. That’s really a big thing in those design competitions," he says. "Now, the Space Club is having those competitions in college and high school, but also middle and even elementary schools, engaging at a younger age than when I was in school.

"That’s where I learned the most with hands-on experience from concept to flight, and failure," he adds, laughing.

"We even participate in things like Panoply where we recognize the connection between science and the arts."

Both men are excited about the Alabama Space Grant Consortium (ASGC) and UAH’s involvement in the new CubeSat competition. It grew out of NASA’s CubeSat Launch initiative, which provides opportunities for small satellite payloads to fly on rockets planned for upcoming launches. The CubeSats are flown as auxiliary payloads. The cube-shaped satellites are about four inches long, have a volume of about one quart and weigh about three pounds.

Startup funds of $1,000 were provided to each Alabama CubeSat Initiative subsystem team when it started in the 2018-2019 school year, and faculty advisors integrated design efforts into university curricula as senior design projects.

"That’s a great partnership right there," Johnston says. "The students design, test, and build an experiment while in college. What a great way to prepare for the future."

Investing time and funding into the future of engineering and space is important to Abel and Johnston.

"I love working with students," Abel says. "As a lifelong coach, I get to speak to student groups in different capacities throughout the year. As I approach the end of a blessed career, I’m very encouraged by the future, looking at the students in the North Alabama region. It’s real positive. Sometimes we don’t hear about it, but we have really bright kids, and they should position us really well for the future."

The future definitely looks bright for students in the North Alabama region, especially with the ongoing support of the dedicated and passionate members of National Space Club — Huntsville.