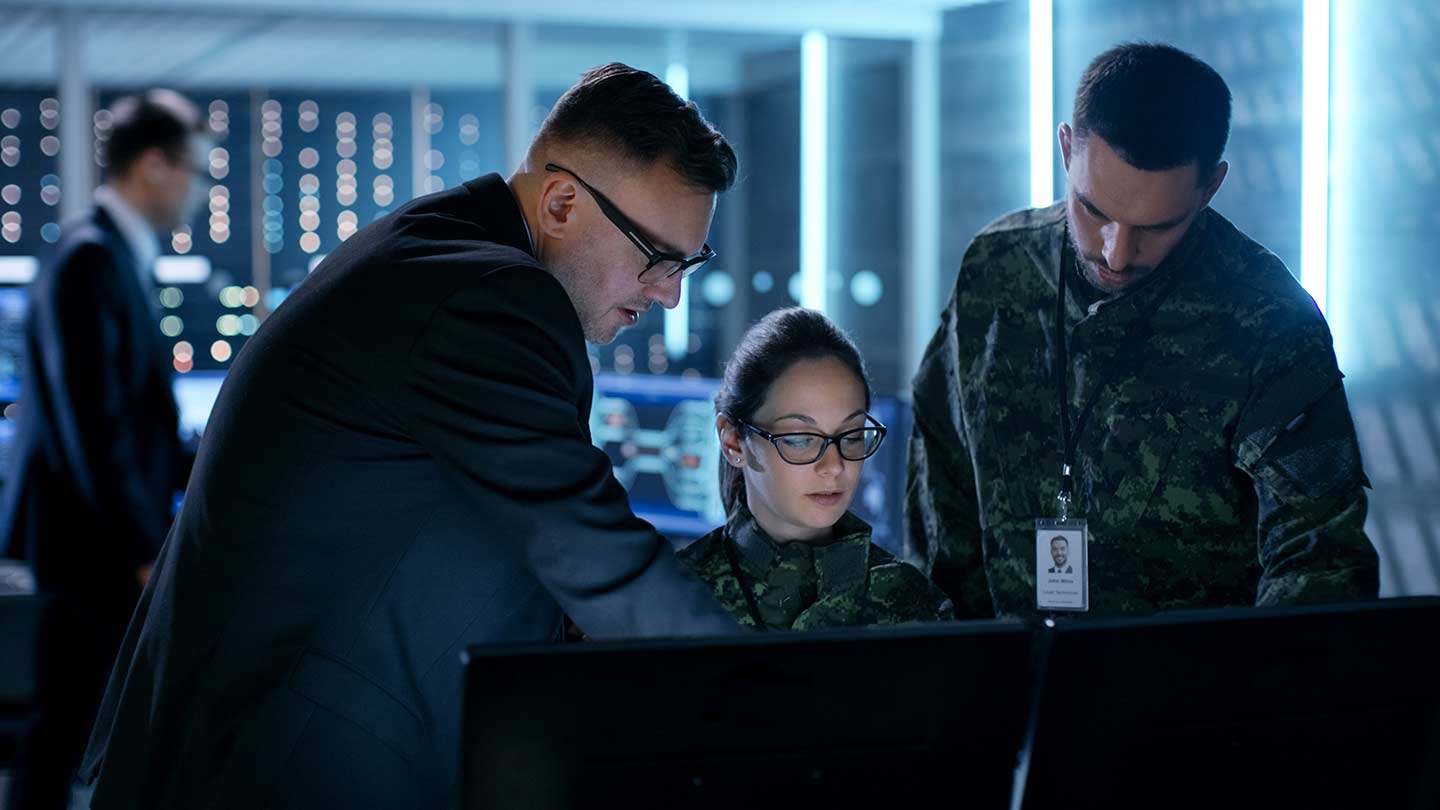 When The University of Alabama in Huntsville (UAH) embarked on the Cyber Private Public Partnership (Cyber P3) in 2015, it was one of eight universities selected by the Army Reserve to help increase the number of highly trained cybersecurity professionals in the U.S. Now, just three years later, UAH boasts the largest number of full-time graduate students in any of the Cyber P3 programs across the country, eight of whom graduated this past May and are currently working in the local area.

According to Dr. David Berkowitz, Dean of UAH’s Graduate School, Cyber P3 was initially proposed by an Army Reserve general out of a desire to make sure reservists were prepared at the cutting edge. "He wanted his reservists to be as well-educated as people in the corporate world," says Dr. Berkowitz.

The partnership that resulted originally brought together the Army Reserve, universities, and businesses with the goal of meeting both the needs of the military and preparing reservists to compete for corporate jobs; it has since expanded to include all branches of the Reserves and National Guard, as well some community colleges. Participating service members, many of whom are concurrently employed with defense firms, receive Cyber P3 scholarships that cover tuition, books, and a laptop.

Unlike many other institutions’ Cyber P3 programs, however, UAH’s enables participants to apply the scholarship toward a degree at either the undergraduate or graduate level rather than just a professional certificate. Students can also choose from a variety of degree offerings, including computer science, engineering, and business, which ensures that even those without a deep technical background can take advantage of the opportunity.

"The certificate programs tend to be more about training practitioners to be able to operate at a high level," says Dr. Berkowitz. "Ours focuses on education – what cybersecurity is and the theory behind it – as well as training. It’s a little bit of a different approach." And regardless of which discipline the student chooses to pursue, the outcome is invariably positive. "We have no trouble placing graduates, whether computer science, engineering, or business majors – they are all getting jobs," says Dr. Tommy Morris, director of UAH’s Center for Cybersecurity Research and Education (CCRE).

Cyber P3 graduate Michael Sweany, who currently works as a cybersecurity analyst at Scientific Research Corporation, is a case in point. "Prior to starting classes in the fall of 2016, I had no hands-on experience in cybersecurity," he says. "The labs and projects that we completed in class absolutely provided me with the foundational knowledge that I would need to serve as a cyber operations officer in the Army Reserve."

John Taylor, another graduate of UAH’s Cyber P3 program, is currently serving as a lead cyber intelligence analyst for the U.S. Army. Like Sweany, he credits the program with helping him advance in both his military and professional career. "The opportunity is among the best professional experiences I’ve had in 16+ years of military service," says Taylor. "The coursework is timely and relevant to today’s environment with regards to cybersecurity in the Department of Defense and the private sector."

Indeed, the program’s curriculum is designed to keep pace with the rapidly changing cybersecurity landscape. At UAH’s CCRE, for example, Dr. Morris’ focus is on cyber physical systems security, which includes cybersecurity for things like electric power grids, gas pipelines, factories, and – appropriate for the city of Huntsville – missile systems. "What Dr. Morris does is extraordinarily unique in that it really says that there’s something about the hardware that needs to be protected," says Dr. Berkowitz. "And the interface between what that is and how that works with cybersecurity doesn’t happen at many places."

Dr. Morris, meanwhile, is quick to recognize the contribution of his colleagues from the computer science, engineering, and business disciplines. In fact, four new faculty members have been added over the last two years in an effort to accelerate the program’s growth and help better address the region’s shortage of cybersecurity professionals. "Huntsville has the same high level of need as anywhere else in the nation," says Dr. Morris, who relies on cyberseek.org to track the cybersecurity talent gap across the U.S. "Many of the Cyber P3 trained students have gotten cybersecurity jobs locally which makes it a really great program for the local economy."

Some Huntsville companies have even begun pursuing students who have yet to graduate from the program, which not only substantiates its success so far but also underscores the need for its continuation. "In this town, having a degree from our university and having a security clearance makes a huge difference," says Dr. Berkowitz. "It’s a win for the companies, it’s a win for the Army, and it’s a win for the university. It really is a unique program that was developed in a very unique way, and we happened to be at the genesis."