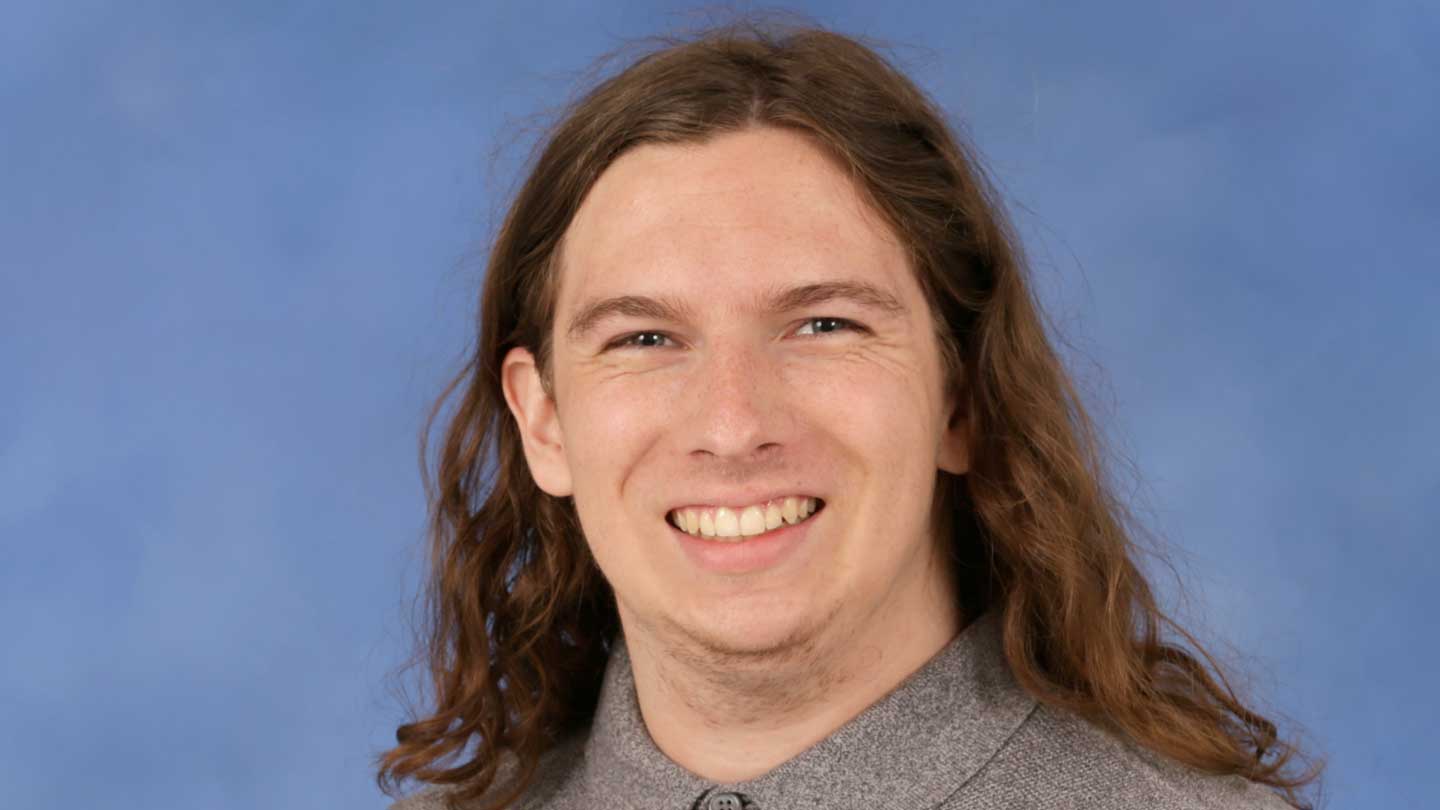 Brick is an undergraduate research assistant at the UAH Plasma and Electrodynamics Research Laboratory and is mentored by Dr. Gabriel Xu, an associate professor of mechanical and aerospace engineering.

The Barry Goldwater Scholarship was established in 1986 by Congress in partnership with the Department of Defense National Defense Education Programs (NDEP) to honor Senator Barry Goldwater, who served 30 years in the U.S. Senate. The undergraduate scholarship is given annually to applicants in the natural sciences, engineering and mathematics to around 300 college sophomores and juniors nationwide with the goal of providing the country with a continuing source of highly qualified scientists, mathematicians and engineers. The scholarship is awarded based on merit, up to a maximum of $7,500 per academic year. Colleges and universities are allowed to nominate only four undergraduate students per year, making it a premier award in the U.S.

The honors student says the application process helped point him toward what he wants to do in his Ph.D. research.

“It’s been both rewarding and also part of the process,” Brick explains. “I loved Honors 201 and working for Dr. Xu. That’s where I first heard about the Goldwater. I came to UAH at just the right time. Dr. Xu was picking up a bunch of undergraduates, and, working with the application, I could see where I fit in.”

“It’s been great working with Dr. Xu!” the student says. “I can’t express that enough. He’s been very supportive. Helping out, but not handholding. He offers guidance but lets me go into the muck. I really appreciate that. I’m a computationalist, whereas his line is very experimental. Somehow I’m a computationalist who likes to experiment a lot!”

Brick also touts the help he received from his Goldwater Campus Representative, Jennifer Staton, who is the Fellowship and Graduate School Advisor in the UAH Honors College.

“The Goldwater is very much a research process,” he explains. “I’m a decent writer, but I’m an engineer. I very much like to get it exactly perfect, but you have to turn it in at some point! Jennifer was great, having that person who would go over every detail. I had to write my essay, write my questionnaire, and she would come back with comments. She is an experienced grant writer and is great at balancing things.”

Originally from Toronto, Canada, Brick’s family moved to Arkansas when he was very young, but he has always had a foot in both worlds. “The line between Canadians and Americans is very blurry,” he says. He is also modest about his achievement. “I did the work, but the other applicants were strong! But my parents said, ‘You’re doing the Canadian thing, feeling guilty for winning,’” he notes with a broad grin.

Exploring life on two different paths simultaneously appears to have become a theme with the dual major. Brick has been interested in science and engineering since a very early age, but also excelled in sports, and it took a pair of early mentors to help him channel his energies in the proper direction.

“I was a bit of a problem child in school, and I actually kind of struggled,” he admits. “But a second-grade teacher saved me! She said ‘You are not mischievous, you are bored!’ So they put me in the gifted program. And when I turned 12, I had a drill instructor for a hockey coach, and that helped too.”

Brick states his love of aerospace and astronomy ultimately led him to seek out UAH.

“I pulled up the list of NASA centers, one of those internet things where you pick your top aerospace schools. Huntsville came up on the radar, but they didn’t list them as having a bachelors in aerospace! But one of my teachers got his masters in Huntsville, and he saved me! He told me, of course they had a bachelors. I also am a hockey referee, which is big here,” the scholar adds.

Now it simply feels natural to explore in two directions at once, as he ponders the potential track for his Ph.D. But when it comes down to making a final decision, will he choose aerospace engineering or physics?

“I occupy a weird space,” Brick says. “When I’m with engineers, I like a little more theory, and when I’m with physicists, a little more application. I like theory-driven modelling, for example. I’ve always defined myself by two things, usually, Canadian and American, or two sports in high school. Within simulations, I can do that too! I like plasma simulations, because it’s fluids, but it’s also electrodynamics.”

With a curiosity this large, it’s no wonder seeing how trying to map a future direction can feel daunting.

“The summer after my freshman year, I actually did some research in solar flare prediction. It was a great experience! Between that and the Astronomy Club, the real reason I picked up the physics major was trying to decide which side of space do I want to do? Every few months I want to be an astrophysicist, but I’m not an astrophysicist at heart, I’m an engineer!”

This revelation has become clearer as he has delved more deeply into his research work. “With the space weather experience, I was developing computational stuff and data processing, looking at data trends, and I thought, I could develop this computational tool further. Making the tool was much more interesting to me! I liked the science, but I loved developing the tool! Now the physics, particularly with plasma, is serving to help me get a deeper theoretical base. But I ultimately want to build something, have an application. Plasma is the leading proponent for me going forward – propulsion energy, also fusion theory. I am reaching that point to where I’m ready to specialize and focus.”

But it’s challenging to let some things go in order to make that life-defining choice. “The dichotomy has become so ingrained,” Brick says. “I’ve been mixing the two for so long! It’s like hockey. I learned to skate on a backyard rink. It’s ingrained in me. The dichotomy, figuring out how to balance it, I’ve been doing it for so long, I can’t explain it. It just is. For me as an undergrad, sometimes I think I should have done this, this and this, but unless you’re like Einstein, that’s not a realistic expectation!”

The UAH student is already considering his long-term goals, but feels there is no need to rush.

“I definitely want to do research. I’m looking towards working in a national lab or a government center like NASA. My second choice would be academia, but research-focused. The third option is industry. I want to get it right. But I’m 21! Because I’ve kind of locked onto the Ph.D., that’s enough long-term goals for now.”

The Goldwater Scholar’s advice for those who would like to follow in his footsteps, but are perhaps struggling to choose their way? Characteristically, Brick offers the kind of guidance that can be taken…two ways.