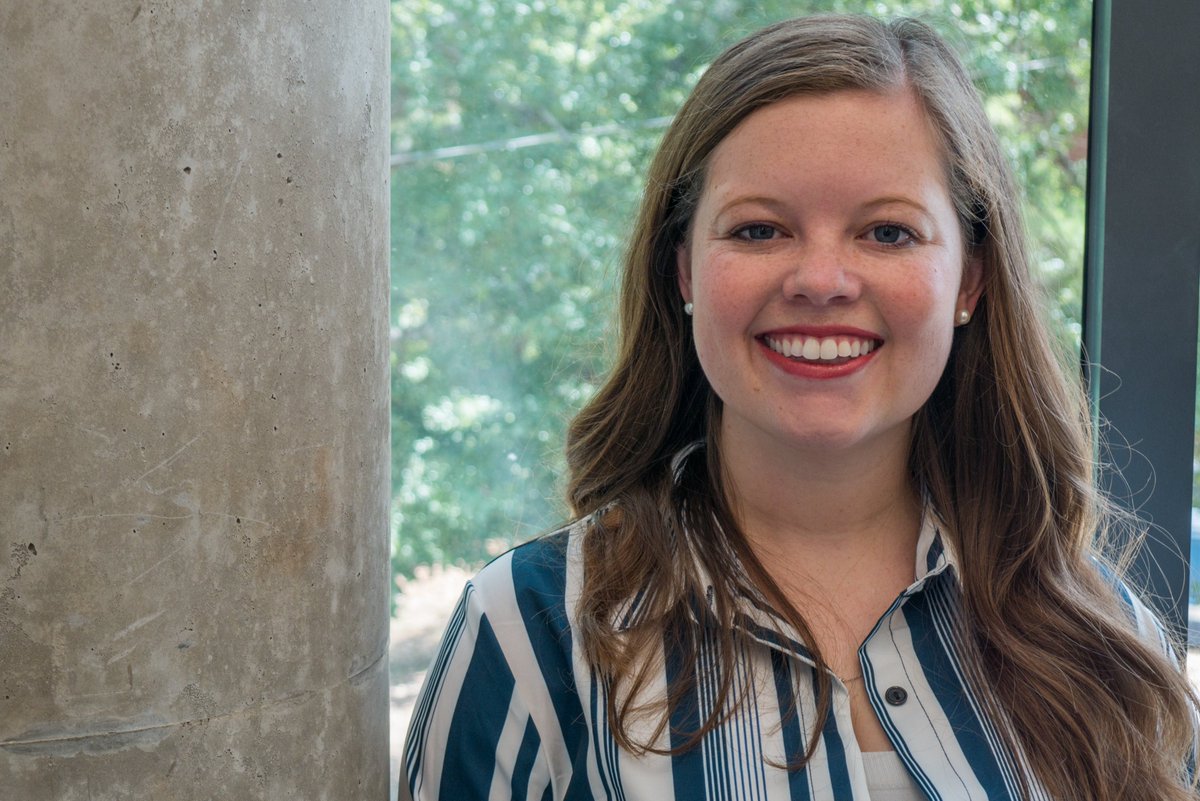 Lori Scott, a third-year graduate student pursuing her Ph.D. in physics at Auburn University, has traveled a lot this year, making trips to Germany and France as part of her doctoral research based on the Plasma Kristall-4 (PK-4) laboratory on the International Space Station.

The PK-series are a scientific collaboration between the European Space Agency (ESA) and the Russian Federal Space Agency (Roscosmos) and are operated by the German Aerospace Center (DLR) and the Russian Academy of Sciences. The PK-4 laboratory is the fourth microgravity complex plasma experiment that has been operated in space and is open to an international research community and overseen by an international advisory board with researchers from the U.S., Europe, and Japan.

Scott is part of a multi-institutional U.S. collaboration with scientists at Auburn University, Baylor University in Texas, and Wittenberg University in Ohio using PK-4 to study the evolution of thermal properties of a complex (dusty) plasma.

“In complex (dusty) plasma research, the key feature is to suspend small, charged particles -- the “dust" particles -- in a background plasma,” explains Dr. Edward Thomas, Charles W. Barkley Endowed Professor of Physics and Associate Dean for Research and Graduate Studies in the College of Sciences and Mathematics at Auburn University. Thomas has been part of the PK-4 external scientific advisory team since the initial stages of its design in 2008-2009. “This allows us to use laboratory experiments to simulate processes in naturally-occurring dusty plasma systems such as planetary rings or nebula.”

“By putting the experiment in microgravity, other forces that are usually masked by the magnitude of gravity become the main forces of the dusty plasma system which creates a unique experimental environment,” says Scott. “I’m specifically investigating how kinetic energy from the dust particles flowing at high speed is redistributed upon an application of an electric field which stops the particles within a few high-speed frames.”

Her team was also able to compare the data from microgravity to data taken on a ground PK-4 module.

Scott made three trips to the location of the project’s ground module at a DLR office in Oberpfaffenhoffen, near Munich, Germany, first to get acquainted with the experiment, then to finalize the collaboration’s proposal for the experiment, and finally to test the computer scripts that run the experiment and ensure that the conditions requested in the team’s proposal were correct.

Then, in July, Scott travelled to France’s National Center for Space Studies in Toulouse where she worked with Russian cosmonauts on the International Space Station to verify the information captured by the experiments in space. Working with the astronauts is critical. “Since our data is all video, there’s a large time delay if PK-4 were to be run solely by the ground science team,” Scott explains. “We have the astronauts/cosmonauts capture the particle cloud and then we execute the rest of the experiment on the ground using the scripts.”

Scott and her team received a screen recording of their entire experiment a few weeks after it was conducted. “But it is very low resolution,” she says. Now they’re waiting on the data to be sent from the space station on a return flight.

Since 2013, the dusty plasma group at Auburn has been supported by NASA, the National Science Foundation, and EPSCoR programs to develop diagnostic tools and experiment designs for PK-4. Ms. Scott is the first full-time Ph.D. student at Auburn whose research will be fully-based on PK-4.