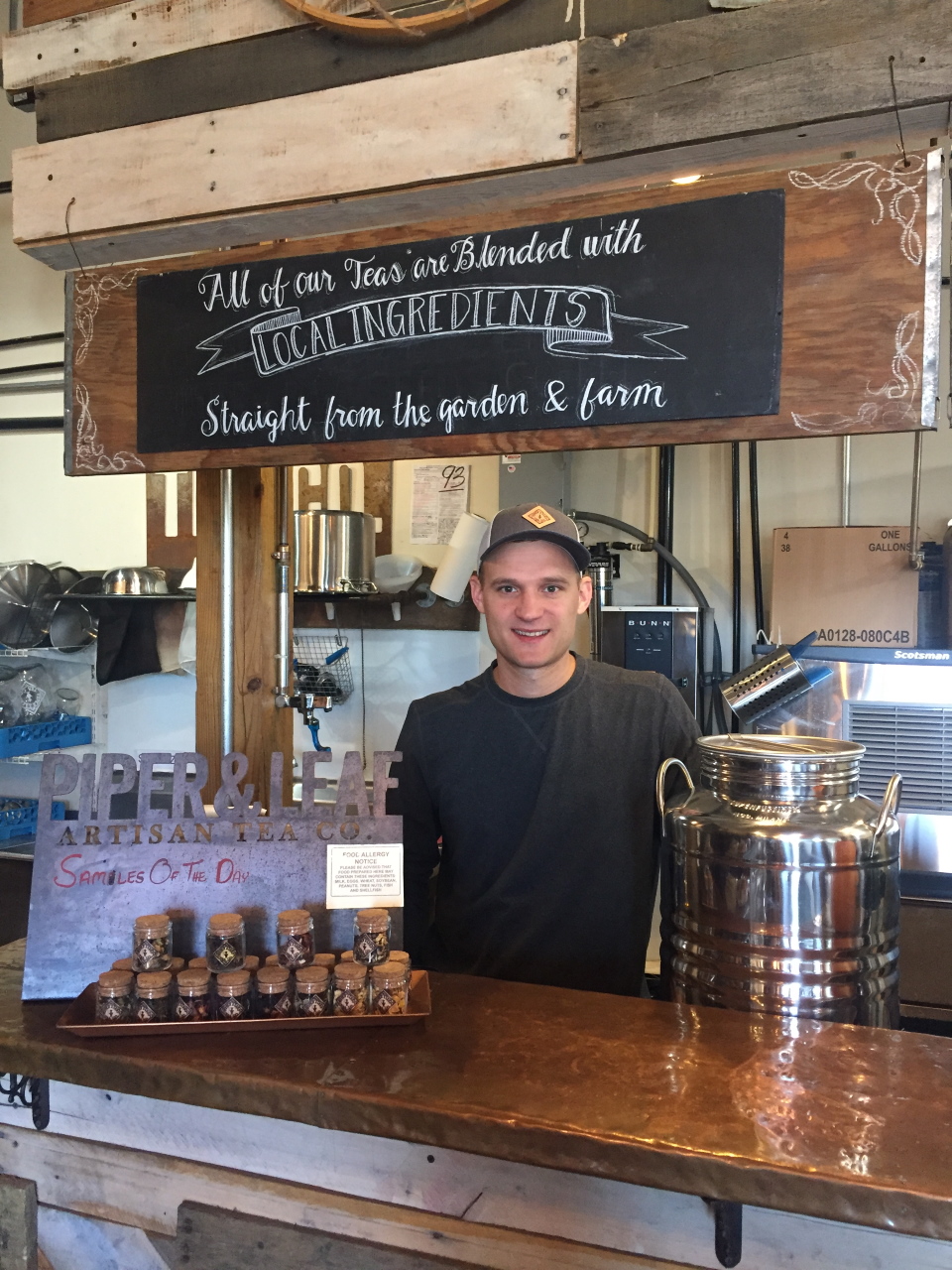 With just $800, UAH College of Business alumni Caleb Christopher and his family started the ever-popular Piper and Leaf- Artisan Tea Company in 2013 and it has been a hit ever since.

Christopher said at first, he and his wife were initially just looking for a unique way to make some extra grocery money. They started by attending a few farmer's markets while selling compost and tea made from the fruit in their home garden. "Naturally, the compost only attracted a few farmers, but our tea was completely sold out. We decided to focus on tea, and it has been a whirlwind ever since,” said Christopher.

After getting his foot in the door at some of the most popular farmer's markets in north Alabama, Christopher began looking for commercial kitchen opportunities to grow the business even further. While at UAH, Christopher made a connection with Marcia Freeland, who went on to become the Manager of Lowe Mill, the largest privately owned arts facility in the southern United States. Freeland helped Christopher move into their Lowe Mill location, which is now one of Piper and Leaf's most popular stores.

Now with 4 different stores across north Alabama and Birmingham, Christopher and his team are turning their attention to ecommerce. “Wholesale is really growing, and perfecting our online sale system to optimize the customer experience is our main focus at the moment,” said Christopher.

Although Piper and Leaf is very successful now, it wasn't without a lot of hard work. "Things were a little scary there for a bit, " said Christopher. While constructing their second location, they were confronted with twice as many expenses as expected, construction issues, and mounding dept. “We had to take a really hard look at everything we did and then really became strict with our books. We forced and disciplined ourselves to focus on profit and were able to turn our business around in 6-8 months," said Christopher.

Christopher and his team learned a lot from bringing Piper and Leaf out of debt. “We had to focus on what we were good at,” he explained.

Christopher shared great advice for aspiring business owners: “Everyone has a cool product idea but not everyone can sell it. Test your idea and try to sell it! We’re big fans of bootstrapping. Getting out there and sell your product to different people. That's absolute best way to learn about yourself and your weakness.”