UA Astrobotics at the National Space Grant Conference in DC 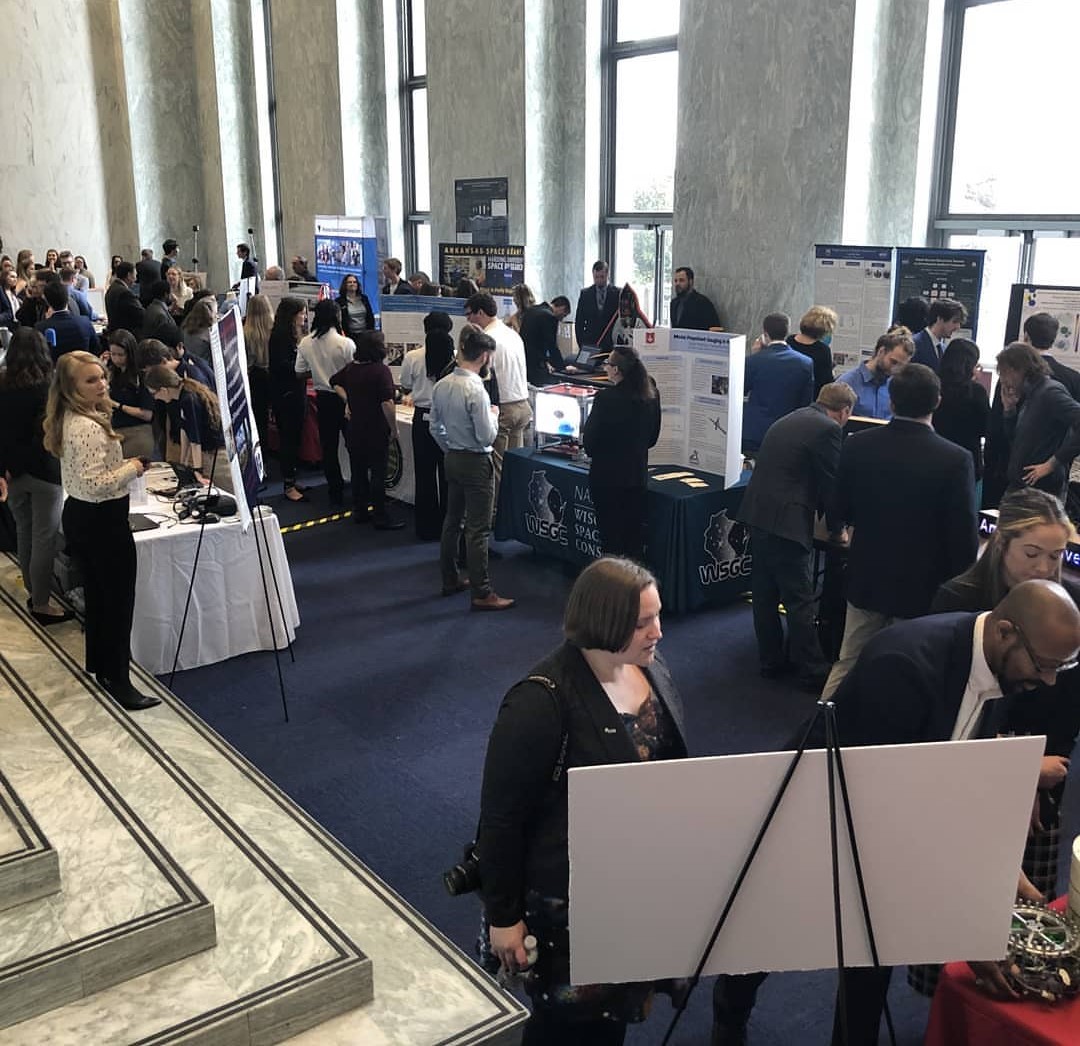 On Tuesday, February 25th, 2020, a celebration event of NASA Space Grant successes took place on Capitol Hill.  It was held in the Rayburn House Office Building Foyer to allow easy access for the Congressional Delegates and their staff to attend.  The NASA Office of STEM Engagement partnered with the National Space Grant to make the event successful.   They provided refreshments and Administrator Jim Bridenstine offered words of encouragement to the student teams. 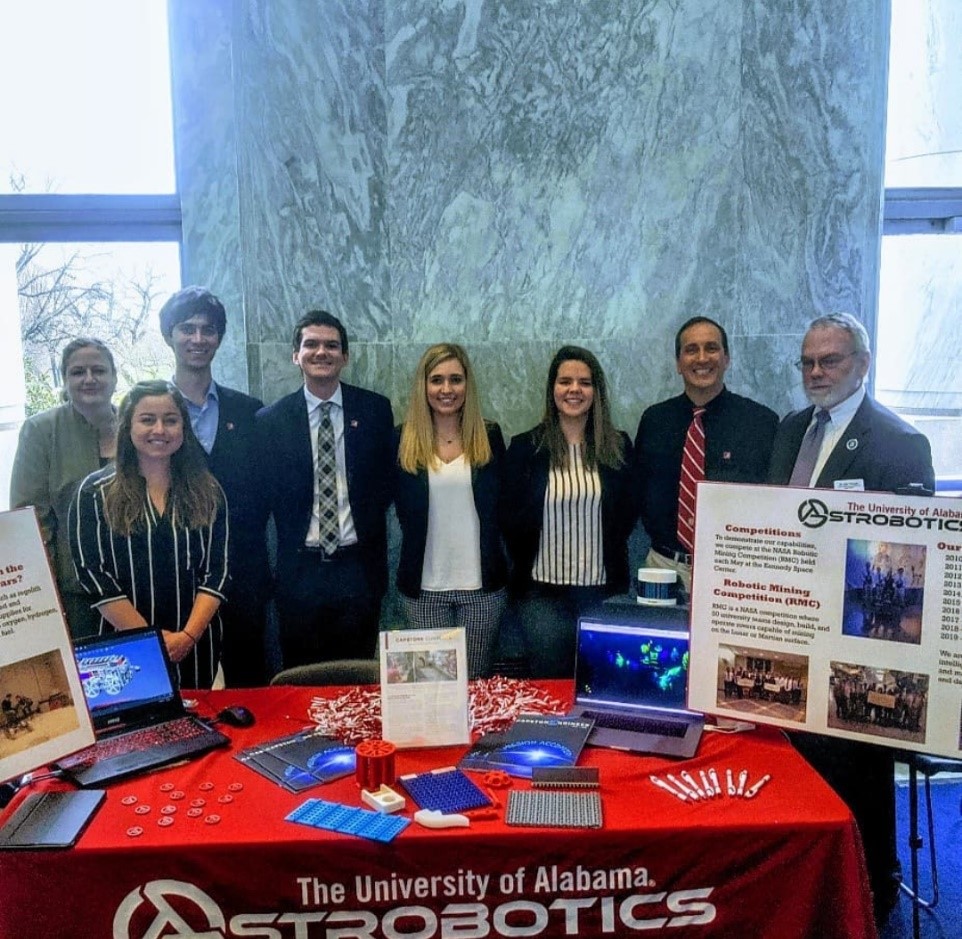 Only twenty-two Space Grant teams were selected to participate, and our very own University of Alabama Astrobotics team made the cut!  They compete every year in NASA’s Robotic Mining Competition at Kennedy Space Flight Center in Cape Canaveral, FL.  Using a technology called LiDAR, they have won this national championship six times overall including the last five consecutive years: 2012, 2015, 2016, 2017, 2018, and 2019.   As part of the 30th anniversary event, they provided a live, hands-on demonstration of LiDAR technology that can be used as a form of robot vision to allow an excavator to navigate and operate autonomously on the lunar surface.  In addition to designing, building, and testing their robot throughout the year, they coordinate and participate in several outreach efforts with the University of Alabama/Tuscaloosa community.

“The Alabama Astrobotics Team would like to thank the Alabama Space Grant Consortium for their invitation to represent the State of Alabama at the 30th Space Grant Celebration in the Rayburn House on Capitol Hill. We met many folks during the event that are interested in technologies that could apply to the Artemis missions, and even visited a local high school robotics team during our stay in D.C. We are honored to have been invited to such a significant event,” said Dr. Kenneth Ricks, associate professor of electrical and computer engineering and Astrobotics team faculty advisor.

Alabama Space Grant Consortium would like to thank Manufacturing Technical Solutions, Inc. (MTS) and QuantiTech, Inc. for their generous contributions to cover the team’s travel expenses.  These opportunities are not possible without the help of our industry sponsors.