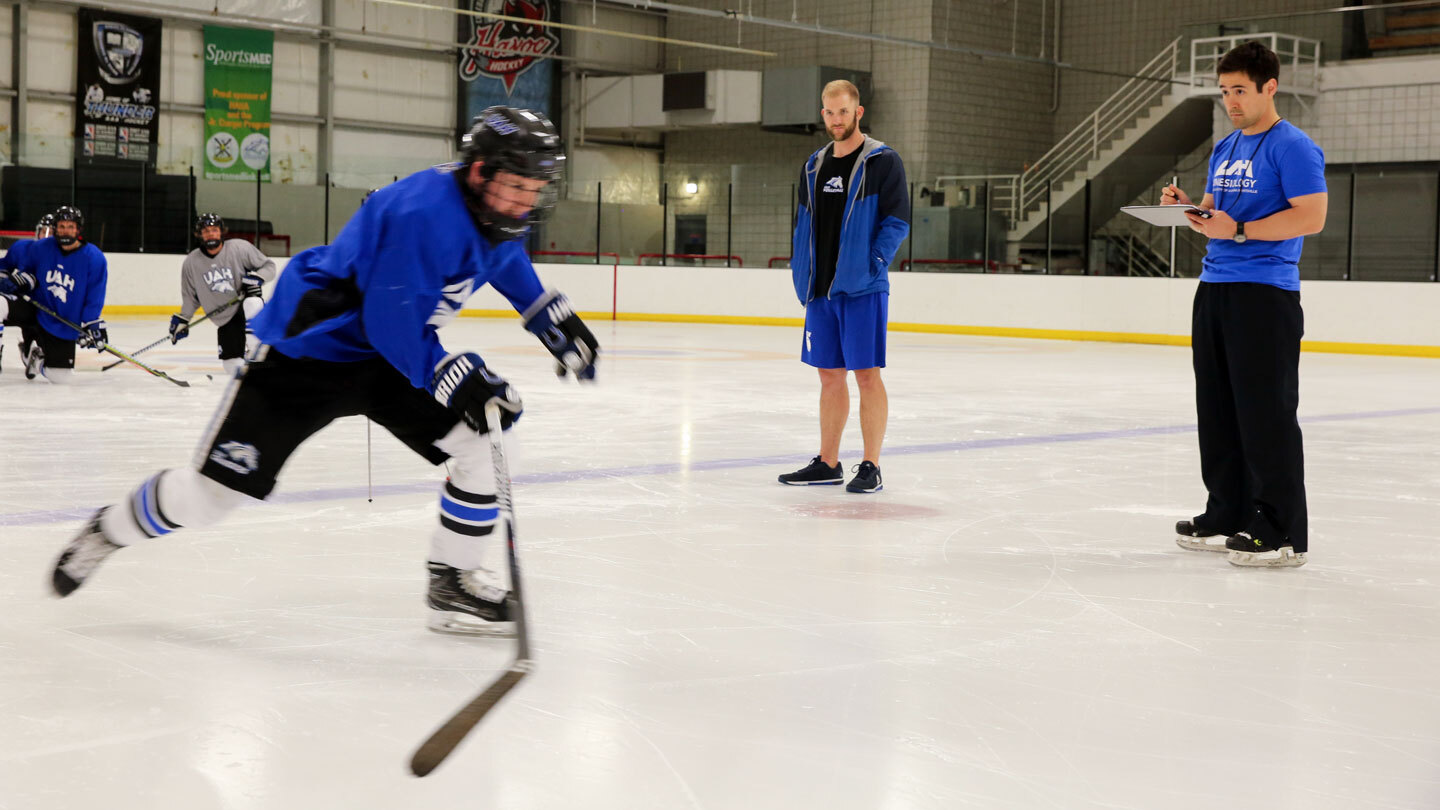 A fundraising campaign to support the continuation of the UAH hockey program was successful in raising more than $500,000 in gifts this week from numerous individual donors, according to UAH Athletic Director Cade Smith. Those dollars were matched by two separate gifts of $125,000 each from long time hockey supporters, Taso Sofikitis and Sheldon Wolitski.
The total amount of more than $750,000 in private dollars will allow the Chargers to continue to compete at the Division 1 level during the 2020-2021 season. This total philanthropic contribution is the largest athletic campaign contribution in the history of UAH.
In addition to the private dollars, UAH President Darren Dawson committed dollars from the university to cover the balance of the hockey team’s operations during the upcoming season. “We are thankful from the loyal support that has been demonstrated this week by the fans and alumni of Charger hockey,” said President Dawson. “We are hopeful that this support will translate into a sustainable funding model that will allow the UAH hockey program to rise again to high levels of success.”
Smith noted, “The university is fully committed to the upcoming season. The university will work with the supporters of the UAH hockey program and a newly formed Hockey Advisory Board to develop a plan that will allow the Chargers to thrive in 2021-2022 season and beyond.” Smith also stated that “UAH is committed to building a world-class D1 hockey program with a permanent conference home that will allow the Chargers to continue past the 2020-2021 season.”
To continue beyond the current season, the Chargers must develop a 5-year philanthropic funding model and resolve the associated conference-related issues.