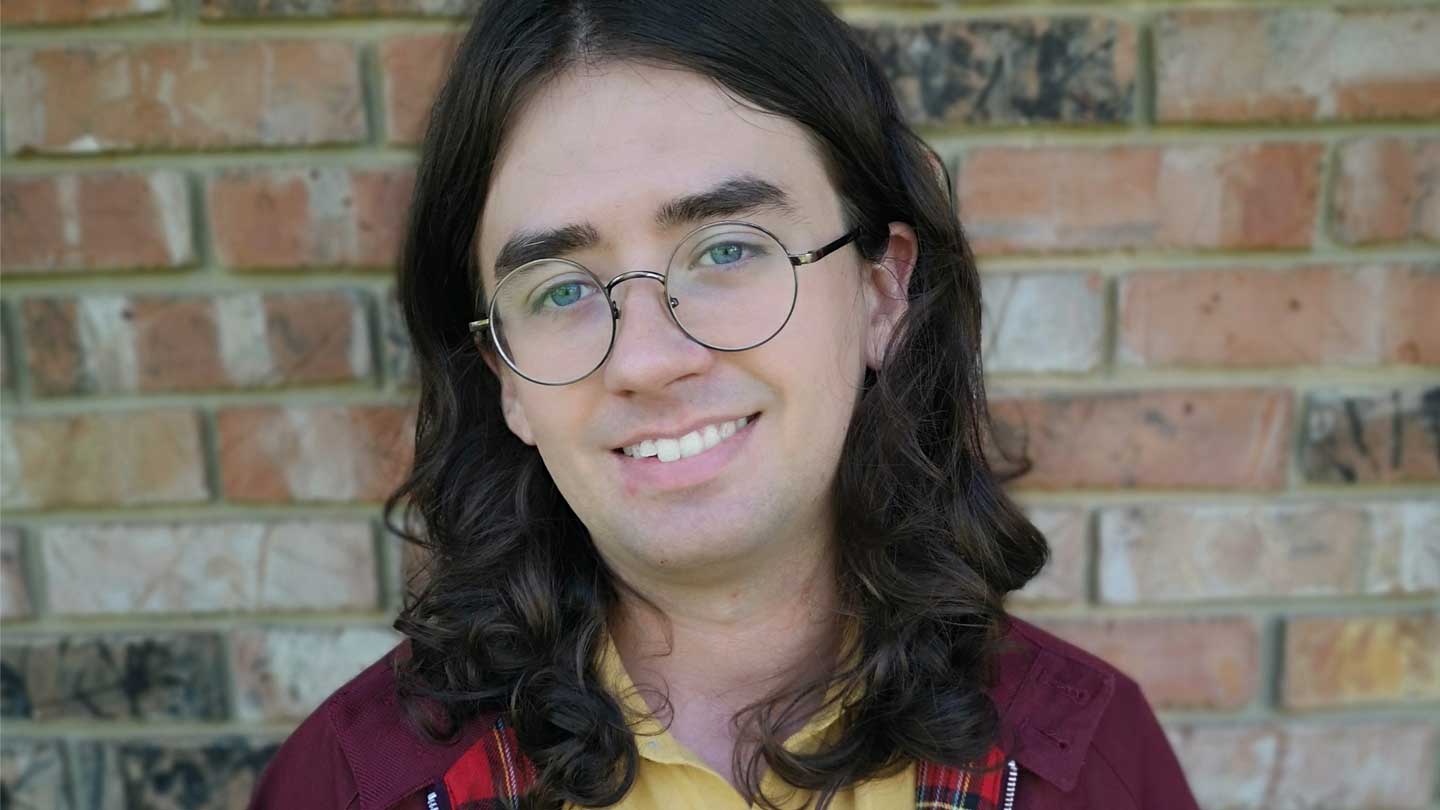 Hunter McClure encountered his share of personal and academic obstacles in 2020; the Last-Mile Fund was there for him to ensure he could still graduate.

Before the COVID-19 pandemic, the UAH English major was already struggling to pay tuition and cover basic needs like utilities and rent. His job as a security guard in a factory paid poorly, but it allowed him the time to study. Then McClure was laid off, the pandemic hit shortly thereafter and job hunting came to a standstill.

When McClure contracted COVID-19 in April of 2020, he grappled with the fatigue associated with the illness. "I was unable to do anything more than type the name and date on my papers," he says. "I was forced to take an incomplete for two of my classes." As a result, McClure was unsure he’d be able to complete his degree. "During my last semester at UAH, I was worried my academic work would suffer. At one point, I considered dropping out of my Kierkegaard course so that I could redirect tuition money towards keeping food on my family's table."

By the time McClure recovered, his fiancée was sick with COVID-19 herself and required his help. McClure received some money from the CARES Act, but that was short-lived, and he wasn’t eligible for federal stimulus checks, because he was a dependent student. Job opportunities that offered flexible work schedules were non-existent. McClure was forced to seek assistance from his mother, but she was also financially strained due to her husband being out of work.

On top of it all, McClure struggled with bipolar disorder; he could usually manage his condition, but due to the pandemic and not having health insurance, he now had increased symptoms. Still, McClure thought, "Somehow, I have to keep going."

That’s where the Last-Mile Fund provided much-needed assistance. UAH’s Last-Mile Fund covers school-related costs for undergraduate students who experience financial hardship in the last semesters before graduation. For students like McClure, this fund is a lifeline. Because of the Fund’s assistance, the English major was able to graduate on time, receive a fellowship to work for "First Things" magazine in Manhattan, New York, that will fully pay utilities and rent and he is now planning his wedding.

"Three months after graduation, on the strength of a writing sample from the very course that I had once considered dropping, I was admitted to the Junior Fellowship at ‘First Things,’ a magazine published by the Institute on Religion and Public Life. Just half a year ago, I was rationing my food; now, thanks to the funding I received, I am preparing to move to Manhattan. Without the LMF, the direction of my life would be substantially different."