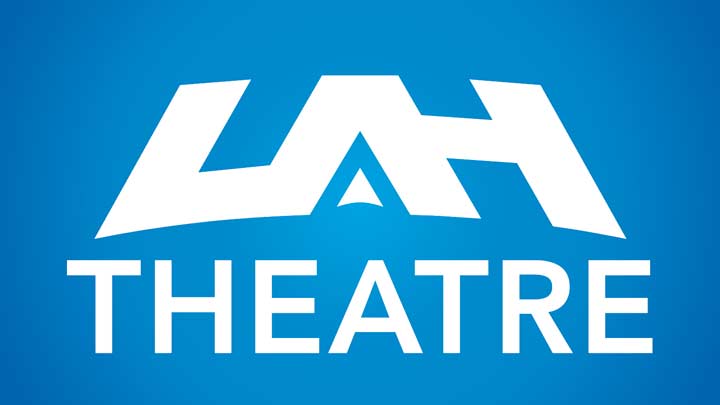 Featuring classics and new plays, comedies and tragedies, the UAH Theatre 2018-2019 season is sure to please every theatre lover in North Alabama.

Centered on a theme of rebuilding, the plays for this season ask why and at what cost do we rebuild our selves, our community and our world.

Opening the season is a residency from Huntsville Shakespeare with a revival of their summer 2018 production of "Twelfth Night." Appearing at UAH as professional guest artists, Huntsville Shakespeare had its inaugural season this past summer. Running Sept. 12-15 and Sept. 19-22 at 7:30 p.m., as well as Sept. 16 and Sept. 23 at 2:30 p.m. in the Wilson Theatre, this most musical of Shakespeare's comedies takes us to the land of Illyria, where nothing and no one are what they seem. Filled with shipwrecks, mistaken identity, and some truly unfortunate yellow pants, "Twelfth Night" will make you believe in the power of love.

Rounding out the fall semester is "Mr. Burns, a post-electric play" by Anne Washburn. Premiering in 2012, "Mr. Burns" is what happens when the apocalypse and The Simpsons meet. After the collapse of civilization, a group of survivors share a campfire and begin to piece together the plot of "The Simpsons" episode "Cape Feare" entirely from memory. Seven years later, this and other snippets of pop culture have become the live entertainment of a post-apocalyptic society sincerely trying to hold onto its past. Seventy-five years later, these are the myths and legends from which new forms of performance are created. "Mr. Burns" will run at the Wilson Theatre Nov. 7-10 and 14-17 at 7:30 p.m. and Nov. 11 and 18 at 2:30 p.m.

In the spring, UAH Theatre journeys back to the Trojan War and forward into our own war-torn present with Euripedes’ ancient Greek tragedy, "The Trojan Women." At the Wilson Theatre March 7-9 and March 13-16 at 7:30 p.m., and March 10 and March 17 at 2:30 p.m., this is the story of the aftermath of the fall of Troy. In the wake of their devastating defeat, the women of Troy, now all widows, wait on the beach below their ravaged city to be claimed by their Greek conquerors as slaves and concubines. Though the war is over, exile and degradation lie ahead and the fates of these women are still in the balance.

Finally, the season closes with the 2016 experimental new play Revolt, She Said. Revolt Again." by English playwright Alice Birch. This is a play that does not behave. Birch has put together a grouping of vignettes that asks how to revolutionize language, relationships, work and life in general while bursting at the seams of conformity. This production has a limited run in the new Annex Studio Theatre at the Theatre Annex in the Early Learning Center building on the UAH campus. Production dates are April 10-13 at 7:30 p.m. and April 14 at 2:30 p.m. Seating is limited.

Tickets and other information about the productions can be found at the UAH Theatre website, uah.edu/theatre.